A cause of concern

A cause of concern 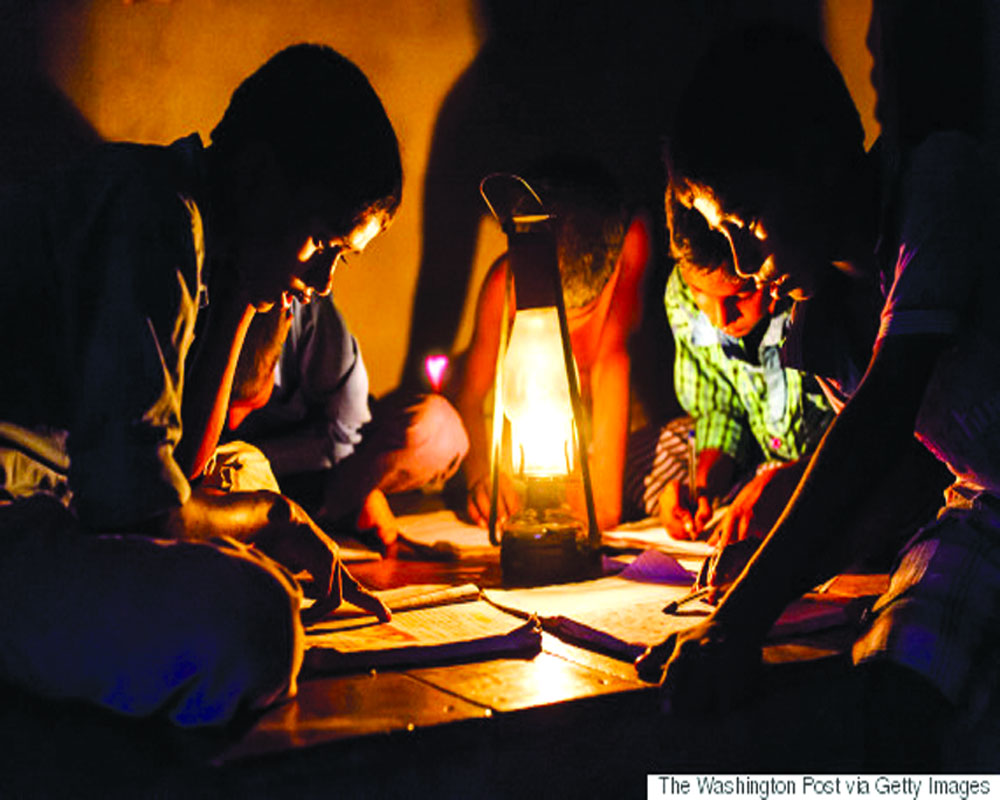 Jammu and Kashmir face crippling power cuts, especially during winters. While there might be some progress, electricity shortage continues to haunt the region and is a major constraint in the development of the economy, shares Hena Rani

Did you know that Jammu and Kashmir have a very important place in power generation? Well, the estimated hydro power potential of the UTs are around 20,000 Megawatts (MW), of which about 16,475 MW have been identified. This comprises 11,283 MW in Chenab basin, 3,084 MW in Jhelum basin, 500 MW in Ravi basin and 1,608 MW in Indus basin. One can pretty much imagine how many benefits it can bring along with it. Undoubtedly, an increase in demand for power suggests growth of the economy i.e. industrialisation, modernisation and improvement in basic amenities, further creating countless opportunities for the people of the region.

But, even today, there are so many areas where the power supply conditions are worse and need to be improved soon. The Valley faces crippling power cuts, especially during winters. If we talk about the Sambora village of Pampore tehsil, located in Pulwama district of Jammu and Kashmir, the power supply lines in Alamdar colony and Akram Dar mohalla have been tied with the branches of trees. In such a scenario, the life-giving trees become the agents of death. The worn-out wooden poles and stranded conductors pose grave threat to the lives of residents. The locals alleged that they are living under constant fear due to these conditions. They have persuaded the concerned department to install proper electricity poles in the area so that the power supply can be restored in all seasons without any obstruction and can be escaped from any incident that could occur in the present distorted and dilapidated condition of the power supply. However, not surprisingly, the concerned department did not pay any attention.

The Sambora village is located on the banks of river Jhelum at a distance of 22 km from Srinagar, the summer capital of Jammu and Kashmir, and 12 km from Pulwama. However, the villages there, are still deprived of the electricity poles, which open the truth of claims of so-called development in this advanced age. Abdul Rehman, an 80-year-old resident of the colony, said, “We have been requesting the power department to replace the dangling and damaged electric wires, but our pleas were not heard and the problems persist. We have even bought the electricity wires with our own money since there have been many incidents of people getting injured after coming in contact with these power lines.”

“Another hard reality is that these wooden poles were installed ages ago and now, they are decayed and rotten. Whenever the wires break, we, the locals, fix it ourselves. The condition of the wires have become very critical, which is no less dangerous,” Rehman added.

A resident of the same colony, Bashir Ahmed Dar, shared, “Every month we get electricity bills but whenever the weather changes, the power lines usually get damaged and the concerned department doesn’t seem to care about it. We had also submitted a request letter in February 2020 complaining about both - the electricity wires and poles but till date, we have not received any response from the team.”

The locals of the region fear that power lines may lead to a catastrophe at any time. The ground situation is grim and the reality looks quite different than the claims of the power department. Sohail Ahmad Dar, also a resident of the village, expressed his concern that the electric lines touch roofs of houses and trees on roads, endangering people’s lives as well as their property.

Another local, Nargis Jozi, said, “While there might be some progress, power shortage continues to haunt the region and is a major constraint in the development of the economy.”

The administration has assured the residents many times for proper arrangement of power supply but so far, the promise has not been fulfilled. The locals are eagerly waiting for their demands to be met. Well, it’s high time that the concerned department wakes up from its slumber before one more precious life gets lost due to these improper and dilapidated power supply lines.