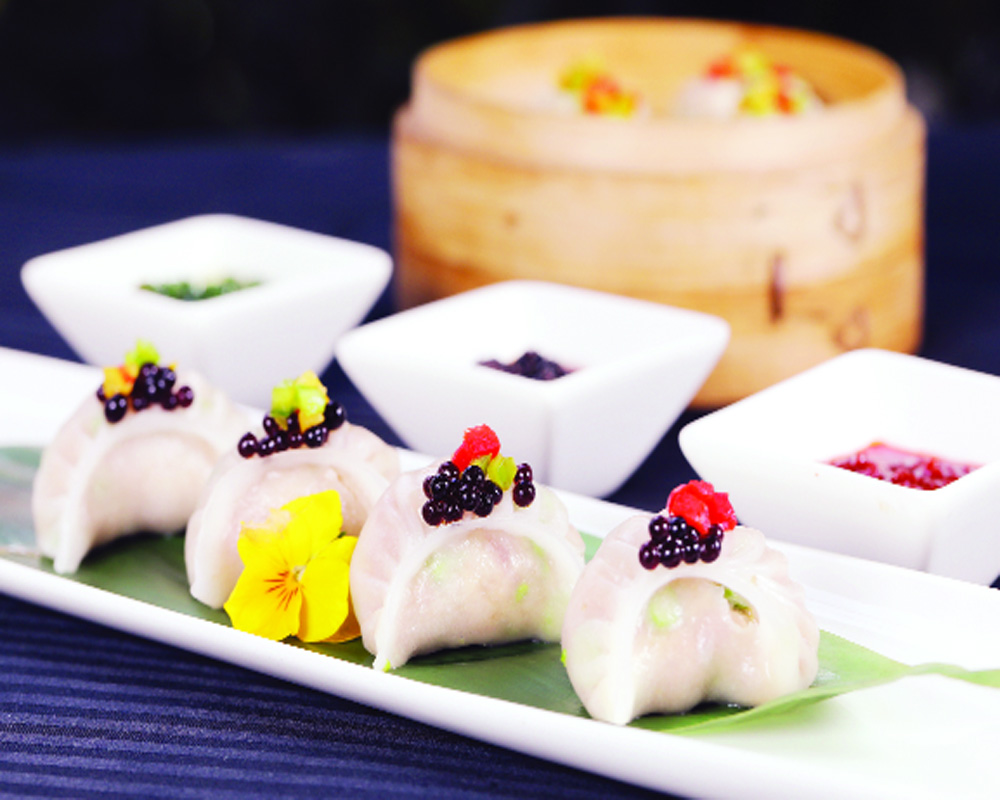 In the new normal, the Empress of China entices with its perfect balance, says Saimi Sattar

It has been a while since I ate out for its own sake. For the past one year it has been primarily for business meetings or while I was travelling. And that too, with some trepidation. So, when the Empress of China, Eros Hotel New Delhi Nehru Place, which puts on the table cuisine from three main provinces — Sichuan, Yunnan and Hunan — reopened with safety measures in place, I decided that it was time to head out. Irrespective of our relations with our western neighbour, it is one cuisine that I dig.

Once inside the restaurant, I appreciatively noted the place exuded a distinct old-world charm with its mix of wood-panelled and glass interiors. The restaurant also has a spacious private dining room which overlooks a lawn, if you wish to enjoy an exclusive get-together. Ushered into a discrete corner, I could see a large party thoroughly enjoying their meal. But keeping the social distancing norms in place, there was adequate space between the two tables.

Coming to the more serious business of food, master chef Tenzin Losel informed me that he had curated a special fare that had its share of both vegetarian and non-vegetarian dishes. And I decided to go with his selection as the passion with which he spoke made me certain that we would not be disappointed. We started off with Vegetable lohan dimsum and Chicken siu mai. As far as dimsums go, I have always found that the vegetarian varieties are always more in sync with my taste buds but the succulent chicken where the juices practically oozed out as we bit into it had us reaching out for seconds. That is not to say that the vegetarian was not delicious. Given a choice, I would again partake both. What certainly raised the taste a notch higher were the dips that accompanied the dimsums. On being asked, Chef Tenzin informed me that, unlike the store-bought variety, these were made in-house. The burnt chilli dip with roasted dry red chillies blended with oil and slow cooked along with ginger and garlic was better than any other that I have tasted. But even superior was the one made with grounded green coriander celery and spring onion over which is poured hot oil. A treat for those who prefer their flavours a little less fiery.

While these had set the bar high, the Honey pepper black mushroom and Jumbo five spices golden fried prawn raised it further. The mushroom had been hollowed out and stuffed with cheese — a combination that is surely made in my idea of culinary heaven. Fried crisp on the outside and squishy inside, it was love at first bite. I was still revelling in the taste when the prawns landed on the table. Piping hot, the soft and flavourful prawns had a delicious crunchy coating. Certainly, the four starters were food for the soul.

A Ginseng chicken with vegetable broth followed. However, despite its medicinal properties, I would not rank it at par with the starters as it needed a little more flavouring. Despite that, we were looking forward to the main course. The spread was certainly extensive and covered all five tastes. Stealing a march over the other dishes was a Crispy lamb with peppers which got the balance of flavours and textures just right. It was just perfect with the Brown garlic fried rice… and even on its own. The Claypot chicken with dry red chilli despite its name was not too hot but spiced just right. There was also Steamed river sole with spicy garlic sauce, which I am told is quite a hot seller, as well as Wok tossed bok choy with broccoli and Mapo Tofu – all of which had simple, clean flavours. But if I was to go back, I would stick with the slightly more complex chicken and lamb.

We were quite full but then there is always some room for dessert, especially when it is something as delicious as Honey baked yoghurt. The mildly sweet dish, with flavours that were in perfect harmony, was certainly a perfect ending to the meal.