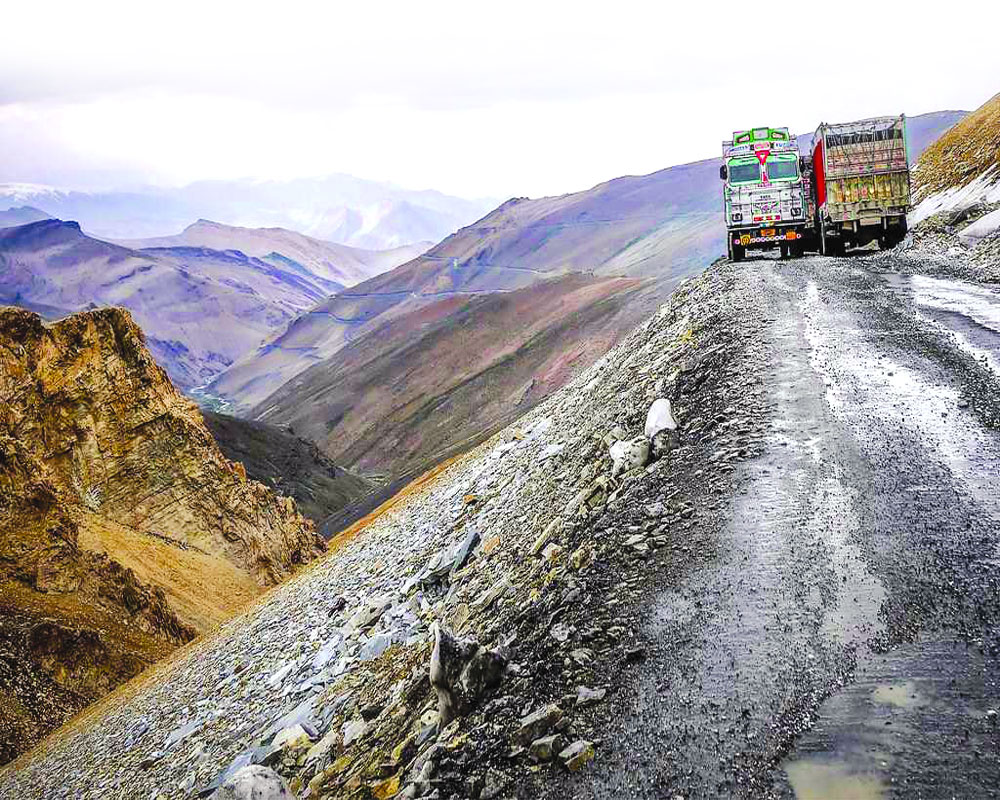 Uttarakhand, which has been separated from Uttar Pradesh with the expectations of better roads, health, education, employment and livelihood, is still craving for the basic needs. Even after 20 years of establishing the state, the residents of this mountainous state are struggling for the basic necessities of life. During the outbreak of COVID, thousands of migrated youths came back to their villages for employment. They had expectations that the government would help them make a living. Due to lack of proper counseling and complicated procedures for obtaining government schemes, youngsters couldn’t benefit and are now back to cities in search of employment.

Other than employment, the hilly areas of the state have various issues, the major one being lack of basic infrastructure. Various villages such as Dumak Kalgoth, Kimana, Palla, Jakhola, Lanji Pokhni, Dwijing, etc., do not even have a proper transport facility. Due to this, the development works in this area are also being affected. Although the construction work of the roads had started over the years but due to the slow pace, the work still remains incomplete. However, the state government is claiming to provide roads to the villages.

After frequent agitation by villagers, under the Pradhan Mantri Gram Sadak Yojana, approval of the Dhingharan-Syun-Vemru-Dumak Kalgoth roads was announced by the government. Along with this, road construction in several other areas was also promised. But due to the arbitrariness of the construction agencies, in the last 17 years, the work has either stopped or is on due.

The residents here have to walk for miles to manage their livelihood. The villages in this region are home to around 500 families. The biggest problem they face is during the rains and snowfalls, when the road is not even walkable. The bridges and pedestrian roads connecting these villages were completely damaged during the 2013 disaster, and have not been made yet.

Jeet Singh Sanwal and Pooran Singh of Dumak village say, “Despite being a border village, the basic problems remain as they were. Villagers have to walk for 18 km to reach the road.” He further adds, “the problem becomes even more severe when someone in the village is ill. In such a situation, people take the sick person with the help of a doli. Sometimes s/he dies on the way. During rain and snowfall, it is not even possible to take the patient to the hospital.”

Rajma, ramdana, potato, mainly cash crops are grown in this region. But without proper transportation the products do not reach the market. The cost of transporting products to mandis (farmer’s market) like Dehradun increases manifold.

In this regard, the local MLA Mahendra Bhat says, “Along with the development of roads, necessary instructions have been given to the departmental officers for the development of other facilities too. Funds for the road have also been approved by the government. If we don’t see progress by the construction agency, strict action will be taken against them.”

Prem Singh Sanwal, a social worker and a pioneer of the road movement of Dumak village, says, “Even today, the people of these villages are resorting to horses and mules to market their cash crops. Due to this, farmers have to bear the loss as large amount of money is spent in freight.” A farmer from the village says, “To take five quintal rajma to reach Gopeshwar or Joshi Math city, the rent of horse and mule is so high that I am left with zero profits.”

The government of a welfare state should take the problems of its citizens seriously and at least provide them with basic facilities. Quick action should be taken to complete development works on time. Only then it will be possible to integrate the development of villages and villagers.