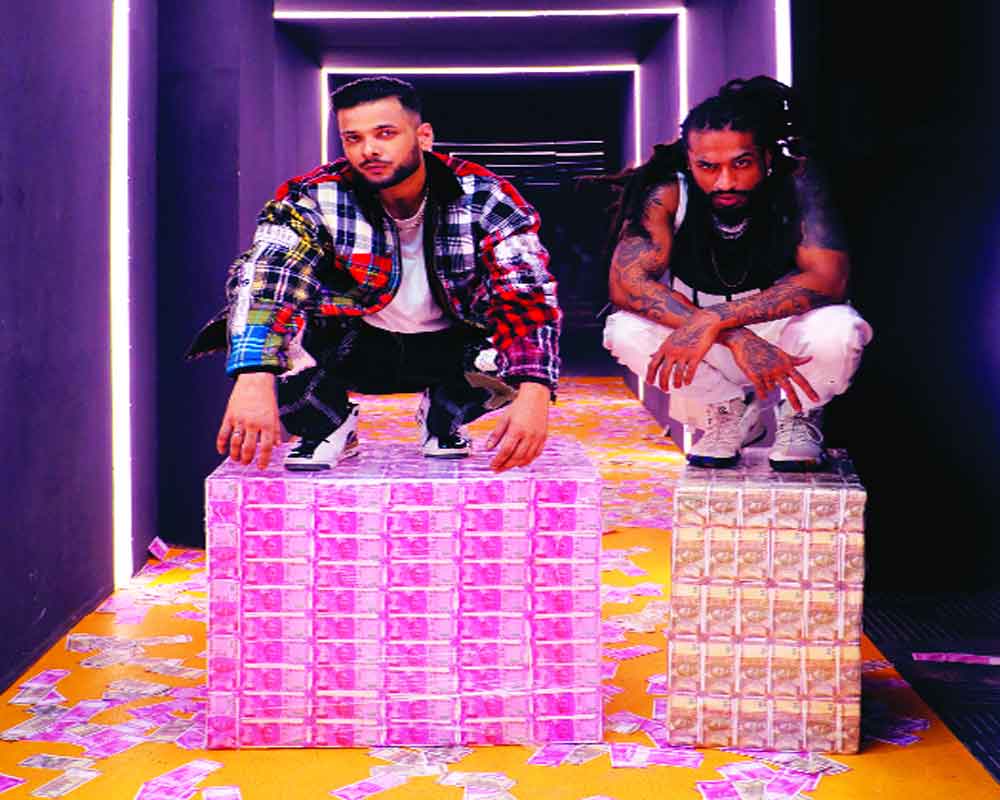 Rappers Ikka Singh and Aghor celebrate 16 years of friendship with their first collaboration. By Khushbu Kirti

Ikka Singh or Ankit Singh Patyal, well known for creating a space for himself in the music industry with his party anthems, recently collaborated with Aghor or Sanchit Kumar. The latter is also an Indian rapper and lyricist, popular for his initial music in Tanzania.

The duo dropped their new banger Changa on August 31, 2021. The video of the same is directed by Prakash Tiwari aka Inflict, and was released under Big Bang Music. The video also features the boxer Sagar Narwat and MMA fighter Amit Raj. Aghor and Ikka are calling their association Thug Sangathan. Talking about it, Ikka explained,“Sanchit and I created this group in 2004, along with our friend Faraaz, and we called it ‘Thugs for life’. When around eight months ago, Sanchit and I discussed at to what our name should be, we went back to our old one and gave it a fresh touch.”

‘Changa’ literally translates to ‘feeling good’ and Ikka thinks one must always feel good. The artistes spoke of the placebo effect - the idea that your brain can convince your body that something fake is real. If you command your brain to feel good, it eventually will. “Something like aall izz well in 3 Idiots. You put out energies in this world,” ruminated Aghor.

On asking the duo how changa it felt on seeing listeners adoring the song and calling it their ‘new gym anthem’, Ikka commented, “Absolutely. We wanted the vibe to be like that. There’s energy exuding from the song and we are glad it is reaching our listeners like we wanted to. It was the director’s vision to create the video in a way that fitness enthusiasts will feel connected to it.”

“Sanchit has pulled off a deadlift in the song, too!” he laughed.

On the subject of how the song transpired, Aghor explained simply, “It’s an anti-anxiety song. I felt very anxious at the studio one day, and started humming this song. It turned out to be a pretty nice chorus. Ikka and I planned to compose it when we were together at my flat.”

It is said that faith can move mountains, and having faith in oneself is what one should persevere to accomplish. Ikka agreed to it, saying “We would like our audience to live their dreams. Believe in yourself and your dreams. Trust me, every dream you have ever dreamt gets fulfilled. There’s nothing greater than that. Through this music, we just want to convey that.”

“I was made to listen to hip-hop rap by a friend then, now our manager, and didn’t understand the music at all in the beginning. However, I loved what I heard. It was very different and unique. I felt like they were talking about me,” confessed Ikka.

On talking about the start of their music careers, both commented on their age-old friendship, and that they were drawn to music together, had similar interests. They had met in 2004 and instantly connected.

“Sanchit and I have been friends for long and while the world might know him as Aghor, he will always be Sanchit to me. So, he introduced me to Linkin Park’s Reanimation album back then, then The Script, and so many more. I didn’t know raps could cover such a wide range. Sanchit asked me to come to his place and made me hear his own composition of Punjabi rap. I was so moved! He has widened my arena of interest greatly,” Ikka expressed.

Similar were the thoughts of Aghor, who mentioned,“I feel the same. I saw Ikke (Ikka) writing his songs, that’s when I decided to write my own stuff, too.”

The celebration of brotherhood and friendship is personal as the rappers finally produce a song together after 16-17 years of friendship. The collaboration has been a long-thought process for it never felt like the right time.

“All good things take time. We recorded a number of songs and had been trying to write and create a song forever but something always went array.” Aghor conveyed. “We needed to be at the right place and the right time, I believe. Which is probably why we could get Changa right at the first try,” Ikka added.

On asking how and why Aghor returned to his roots after singing songs mainly in English and Swahili, the rapper who focuses on introducing new age hip hop through his music explained, “Most of my audience couldn’t understand the music I produced. I never received the response I got when I started writing and performing my songs in Hindi. The scene was so different! Even I felt more comfortable and confident in performing Hindi music.”

Ikka talked to us about how Raftaar was his childhood friend. “I’ve seen most  of the musicians in the industry. Raftaar and I used to idle around at each other’s place. We’ve struggled together to come to this place. I’ve seen others struggle and I learn so much from them. Every day, a new artiste is emerging who produces such amazing music. I feel I can learn from each of them.”