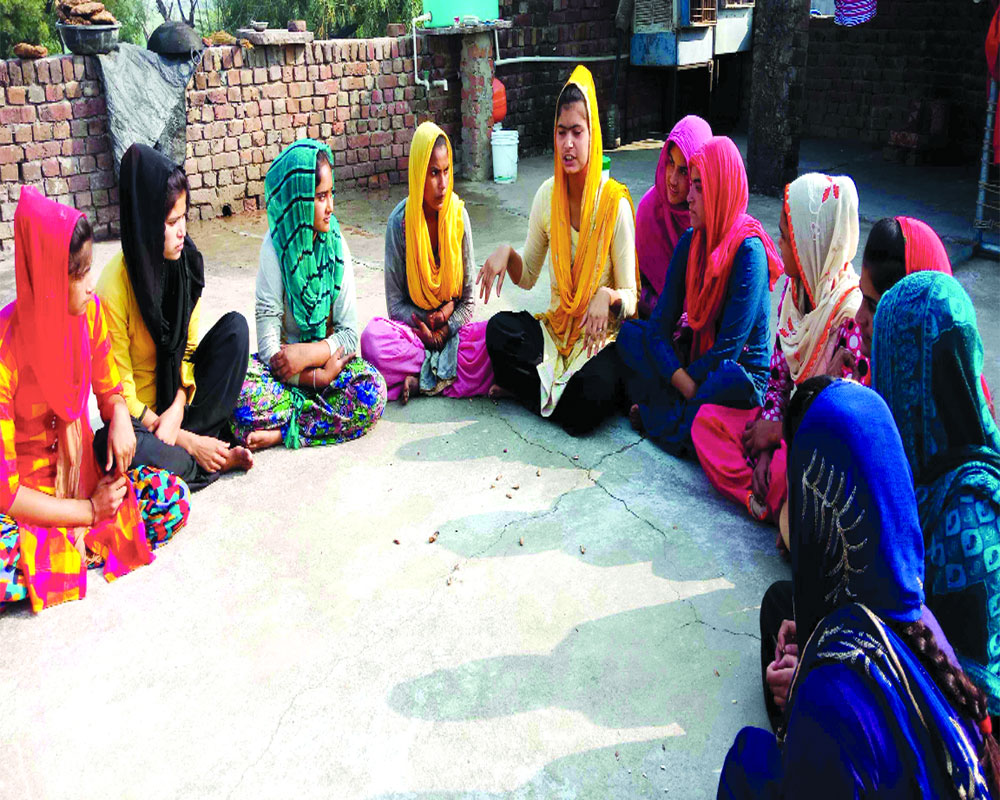 The education of girls tremendously impacts not only their own development but also their families and communities, says Rama Sharma

Last month, Prime Minister Narendra Modi while speaking at the centenary celebrations of Aligarh Muslim University said that there has been an unprecedented increase in the rate of Muslim girl education in the country. It is due to the government policies, he said, that the dropout rate of Muslim girls reduced from 70 per cent to 30 per cent in the last decades.

The suggests that the government is investing steps in the right direction. However, there are a few regions where the impact of such schemes has started showing only recently, that too with the combined efforts of the non-government organisations to fight unawareness and orthodox values that act as a major hindrance.

One such region is Niwai Block in the Tonk district of the Western state of Rajasthan. In the block’s Khidgi village resides a nomadic community called the Muslim Banjaras who are known for their ignorance towards girls’ education. Their insistence to follow patriarchal beliefs restricting girls and women within the household is the main reason that has deprived several adolescent girls of their right to acquire basic education for long.

There are around 250 households in this rural settlement called ‘Dhani’ which, in local language, refers to the area settled by some families outside the main village. Pinki Khangar, a social activist, informed that a major part of this community earns its livelihood by selling blankets in other cities while few families are engaged in cattle trade. “Due to work, most men of this community migrate for more than half of the year. Owing to reasons like poverty and low social status, not much importance is given to the education of girl children. They are often married at a young age,” she said.

However, things have started looking positive now. “There are girls from this Banjara community who have started to come forward fighting all the odds. One such girl is Sohina who is not only pursuing education but is equally determinant to raise awareness against illiteracy and child marriage in her community,” shared Pinki.

While appreciating Sohina’s efforts, the head of the village, Islam Khan said, “Sohina was compassionate even as a child and was always eager to help others. She had her own ways to fight for the rights of the girls and at that time, I would think wrong of her. However, her willingness to support this community has changed my opinion.”

While appreciating the unflinching courage of Sohina, Mohan Lal, who teaches at the Primary School in Dhani said, “This girl has worked hard not only to connect herself with mainstream education but has inspired around 50 girls of nearby areas of Shyampura Dhani, Ghatta Patti Dhani and Amarpura Dhani to pursue their dream of being educated.”

Mahendra Jain, Principal of Secondary School in Khidgi admitted that the general approach towards this community was negative and teachers weren’t too concerned about the education of girls. However, Sohina’s confidence and courage transformed their approach.

Besides promoting girls’ education, Sohina along with other members of Kishori Manch — an adolescent group run by a non-profit organisation in the region, is also creating awareness among other members of her community regarding several social welfare schemes run by the government.

Under her leadership, 150 old age pension forms were filled and submitted to the concerned authorities while 10 widows were connected with the widow pension scheme. To boost the confidence among girls and to make them self-reliant, several girls have been given employment training and been associated with NREGA. In addition, 15 girls are receiving computer training and stitch cutting training under the Pradhan Mantri Kaushal Vikas Yojana which could not have been possible without Sohina’s efforts. She also inspired 10 girls from her community to pursue nursing training programmes just like her.

“For creating awareness and helping people of the village to benefit from several government schemes, Sohina has been also honoured by the Gram Panchayat,” informed Kamlesh, a junior assistant to the Panchayat committee.

Sohina’s journey, however, has been full of challenges. “We were also quite orthodox in our approach towards our daughter. We would not have allowed her to step out of the house if social worker Giriraj Sharma would not have counselled us. It helped us understand the importance of supporting our daughter’s education. We also supported her decision to train with the Kishori Manch,” shared Sohina’s parents. Besides, the poor economic condition of the family also created troubles but Sohina acted with courage and continued to raise awareness among other girls. Today, not only her parents but the entire community is proud of her.

Sohina believes that girls have never been a weaker gender and that they should get equal opportunities. Here, not surprisingly, the female literacy rate is just 10 per cent of the entire village population.

These are the regions which need special attention. Clearly, the existing modus operandi isn’t sufficient to address the needs of such low-income communities residing in rural and remote areas. If the government intends to further reduce the drop-out rate of Muslim girls from school, it will need to work with these communities closely. Only then can every girl become inspiring, courageous and self-reliant.

(Rama Sharma is a recipient of Sanjoy Ghose Media Awards 2020.)