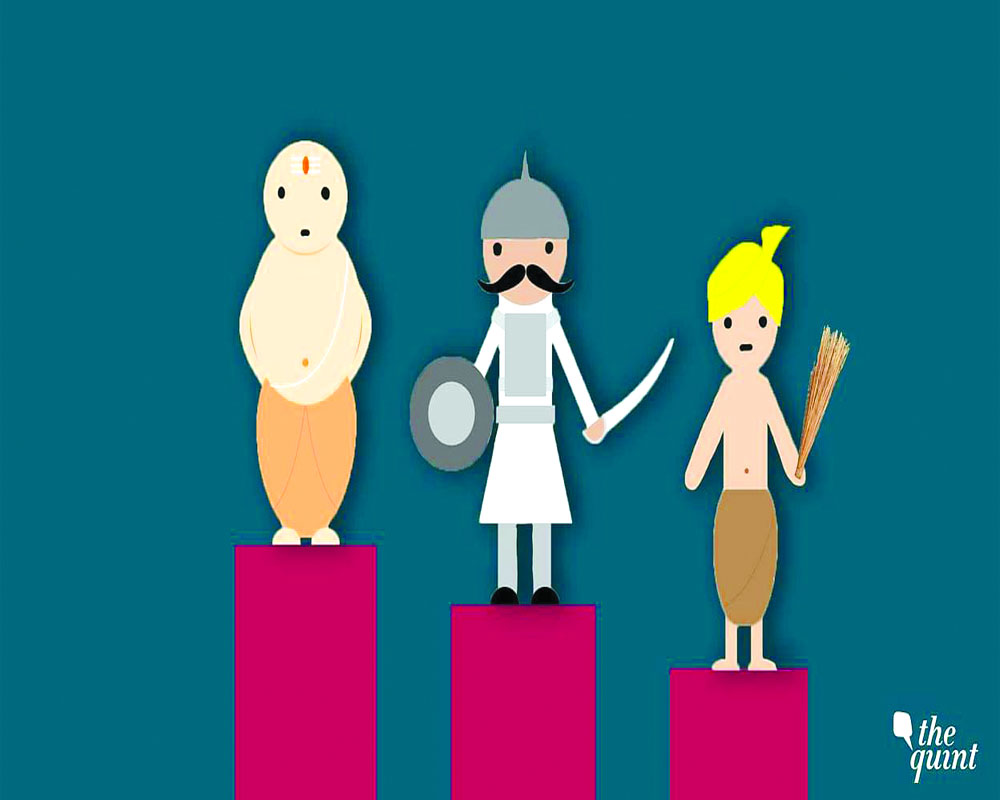 Dr BR Ambedkar had made every effort to fight the evil of caste system in his lifetime. However, almost 65 years after his death, it is time to reflect if anything has changed. By Alka Gadgil

Pooja Mudhane, a nineteen-year-old girl from Virar — a town in Palghar district of Maharashtra — was exposed to the ugly reality of caste system when she was in Class-III. The school had announced the final exam results in which Pooja had secured top position. She was eager to show the report card to her friends but her father stopped her from doing so. He said, “Our caste, Mahar, is mentioned in your report card. You don’t have to show it to others.” Pooja asked, “Why should I hide my caste?” She didn’t understand the concept of caste system, however, she did sense the shame associated with it.

“At that point, I was made to imbibe that it’s not ok to display my ‘lower caste’, it was to be concealed. But now I am trying to unlearn that belief because I am not ashamed of it. And those who believe in it should be ashamed of their mindset,” said Pooja.

This incident has had a long-lasting impact on her. So she decided to take up the cause of annihilation of caste, the idea which was proposed by Dr BR Ambedkar almost 85 years ago.

When Pooja was in Class-IV, her father abandoned the family and married someone else. While Pooja’s mother, Jaya Mudhane belongs to Koli caste (the fishing community), her father, Panjabrao Mudhane is Dalit. As their inter-caste marriage was rejected by Jaya’s family, no help came from her parental home after Panjabrao left the family to fend for themselves.

“My mother’s leg was damaged in an accident and she had to single handedly raise three children (of which I am the youngest). She would sell fish for living but could hardly make the ends meet. We were in such a bad shape that at one point I was about to leave the school for good,” shared Pooja. One day, her mother found out about the Baag Shala, a group engaged in coaching students from deprived families. It is run by Maitrakul, a home for children who find it difficult to pursue education due to poverty.

“I joined the classes at Baag Shala, which used to be conducted in the slums and villages of Thane, Palghar and Raigad districts of Maharashtra,” said Pooja.

Baag Shala transformed Pooja into a confident person. With this newly gained confidence, she now started participating in competitions and her scholastic performance improved drastically.

She would help her mother in household chores before and after the school hours. That’s how Pooja’s mother managed the house and raised her three children. Eventually, owing to the poor financial circumstances, her elder sister had to drop out of the school to look after the household. Luckily, Baag Shala saved Pooja from the hassle.

While her mother and sister had assumed the responsibilities of earning and looking after the house, Pooja helped her mother by transporting the supply of fish. Her brother, however, did nothing.

When Pooja decided to join Maitrakul boarding, she was in a dilemma. “Do I continue with the hassle or should I join Maitrakul for my betterment?,” she would ask herself. However, her mother recognised her urge.

After relocating to Maitrakul’s Kalyan boarding, Pooja sought admission in Agarwal College, Kalyan in 2018. She was able to participate fully in all academics as well as extra-curricular activities.

Pooja said, “Maitrakul teaches us to follow our dreams. The facility gives us not merely bookish knowledge but also exposes us to experiential learning. Our surroundings are our university. The culture teaches us to fall in line. ‘Girls have to learn to cook while boys just have to play and study — the societal norms tell us’. However, in our facility, we all have to take turns for cooking, serving and cleaning.”

After joining the facility, Pooja’s urge to fight the caste divide got an impetus. “The case of Manisha Valmiki, who was gang raped and murdered in Uttar Pradesh, unnerved me. In Kolhapur, Maharashtra, Arvind Jagtap was killed for being in love with an upper caste girl. The two had decided to tie the knot but the girl’s brothers slit the throat of Arvind who succumbed to injuries. In both the cases, police took cognizance only after public outcry. We discussed this matter in Maitrakul. These cases made me angry and restless,” said Pooja, earnestly.

She shared a few ideas on how she’s planning to take this narrative to the youth. “The youth should break the barriers of caste. Inter-caste marriages would go a long way in annihilating the problem. Mahatma Gandhi in his later years had vowed to attend only inter-caste weddings. And I have decided to do the same. Our friend circle, too, should be diverse. It’s futile to waste money on wedding ceremonies. Reading of a piece from the constitution should be part of the wedding ritual,” said she.

“The older generation is not willing to listen or adapt new ways. It’s easier to convince a young person. So I have decided to launch a drive against caste-based systems. We shall visit one district at a time, get connected with college students and NGOs, and initiate discussions with them. We’ll make an effort to understand the views of the youth on this topic. A lot of activists like me are working on the same issue. We would try and connect with them and their movements,” added Pooja.

“In our college, whenever we start a discussion on caste, the most common argument that we come across is that the Dalits have reservation, what do the upper caste people have?,” she shared. Pooja feels that there’s a need to address such issues and the ideology from which they stem.

Dr BR Ambedkar had made every effort to fight the evil of caste in his lifetime. Almost 65 years after his death, activists like Pooja are still fighting the malaise of casteism. Has anything really changed?