An echo of silence

An echo of silence 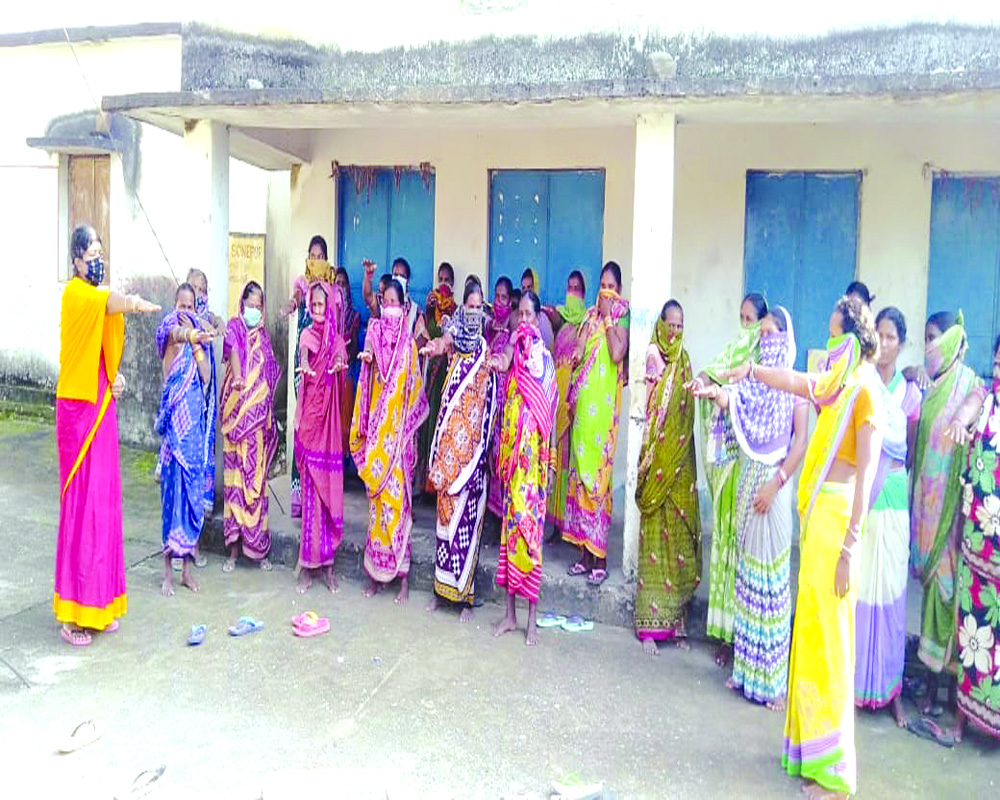 Financial difficulty and social vulnerability have forced the economically deprived sections to marry off their children before the legal age. The brunt is borne especially by girls, shares Rakhi Ghosh

Worldwide, an estimated 12 million girls are wed every year before the age of 18. In India, as per UNICEF, 1.5 million girls get married before the legal age of 18 every year. Fortunately, the combined efforts of the respective state governments and non-government organizations engaging community level workers in remote villages are providing agency to adolescents to fulfill their dream.  In Odisha, as per the National Family Health Survey-4 (NFHS-4), underage marriages have reduced from 37. 2 per cent to 21.3 per cent over a decade and is better than the national average of 26.8 per cent. Although, there are 16 districts where child marriage is above the state’s average percentage, but the sincere efforts are going on to control the situation here.

Two years ago, parents of Kanchan who was just a 15-year-old then, had fixed her marriage against her wishes. A school-dropout, Kanchan was engaged in household works besides helping her mother in agriculture fields.

“In poor families like ours, parents do not seek consent. Girls are considered a burden from which they want to get rid of as soon as possible. My parents were no different when they had fixed my marriage,” shared Kanchan over phone, now a 17-year-old pursuing her studies again.

It was the result of regular counseling offered to Kanchan’s parents by village Anganwadi worker Geetanjali Rana that helped save her from early marriage. Not just Kanchan, but due to Geetanjali’s sincere efforts to fight this menace, not a single child marriage happened in the village Rugudipalli in Odisha’s Subarnapur district. Her regular counseling of parents, mothers, older groups, young boys and girls about the repercussions of child marriage made Rugudipalli the first ‘child marriage free’ village in this Eastern Indian state.

Describing Kanchan’s incident Geetanjali said, “I had attended a workshop titled Say No to Child Marriage organised by Action Aid, an international non-government organisation, in Bhubaneswar in 2018. It was my first encounter to understand the repercussions of child marriage. After returning from the workshop, I decided to start a campaign against this ill-practice in my village Rugudipalli. In the first adolescent group meeting with all the girls of the village, I was informed about Kanchan’s marriage.”

Geetanjali sensitised all the people of the village on Prohibition of Child Marriage Act (PCMA), 2006 and Protection of Children from Sexual Offences (POCSO) Act, 2012. She also discussed the impact of early marriages on the health of adolescents and how early pregnancies threaten the lives of young girls.

Within a few months, Geetanjali was able to stop 10-12 child marriages in her village. To make Odisha child marriage free by 2030, the state government has directed all authorities to take appropriate actions. To support the PCMA, state rules have been amended and a state monitoring committee has been constituted to review the implementation of PCMA. All Child Development Protection Officers (CDPOs) have been designated as Child Marriage Prohibition Officers (CMPOs) and a series of training and capacity building programmes are being organised.

Patriarchy, poverty, social norms and safety issues: The reasons for getting married at an early age are many. Girls being denied proper education is one of the major reasons which makes them vulnerable to child marriage. “It is the patriarchal mindset that does not allow them to continue their schooling. If they will be allowed, it will give them the agency to deny the forced marriages,” said Ghasiram Panda, Programme Manager, Action Aid.

In tribal dominated districts, age-old cultures such as jhinka vivah, kania jhinka and udulia are forcing young girls to get married early.

Challenges during the pandemic: Suchitra, 16-year-old, hails from a poor family and wanted to complete her studies. Her parents were also supporting her. However, during the lockdown, when her father lost all the opportunities to work as a daily wage laborer, her relatives suggested marrying Suchitra to a man 10 years older to her.

Just a day before the wedding, her close friend called up Childline. The CMPO, Supervisor, Police and officials of Childline visited their house and stopped her marriage.

“There have been many cases where these little girls are convinced that getting married is the right step to minimise the burden on their families,” shared Rakesh Pradhan, Subarnapur District Coordinator, Action Aid.

The need of engaging adolescents: The lack of engaging with adolescents, especially with school dropouts pose a hurdle in their decision making. In remote villages, most of the girls drop out from schools after finishing education till upper primary. They help their mothers in household and agriculture work. As they have no other engagement, they find marriage as an alternate option.

A scheme, Advika (every girl is unique), has been recently started by the Women and Child Development (WCD) Department of the state to engage, sensitise and empower adolescent girls in remote villages. As part of it, girls will be encouraged to participate in different sessions on Sexual and Reproductive Health (SRH), nutrition, safety, rights, gender-based violence, financial literacy, marriage and relationship. The objective is to equip them with knowledge to take informed decisions about their lives, career, relationships, education and rest everything. Along with knowledge, there is also a need to create infrastructural support to engage them because only sensitisation cannot reduce child marriages.

It was in 2017-18 that the Odisha Government had rigorously started responding to the issue of child marriages but the pandemic severely hampered all the gains made so far. Social vulnerability and financial issues push them into worst situation and girls fall prey to child marriage. Hopefully, the actions taken will set the fight against child marriages back on track.

(The names of girls have been changed to protect the identity.)