Between science and superstition

Between science and superstition 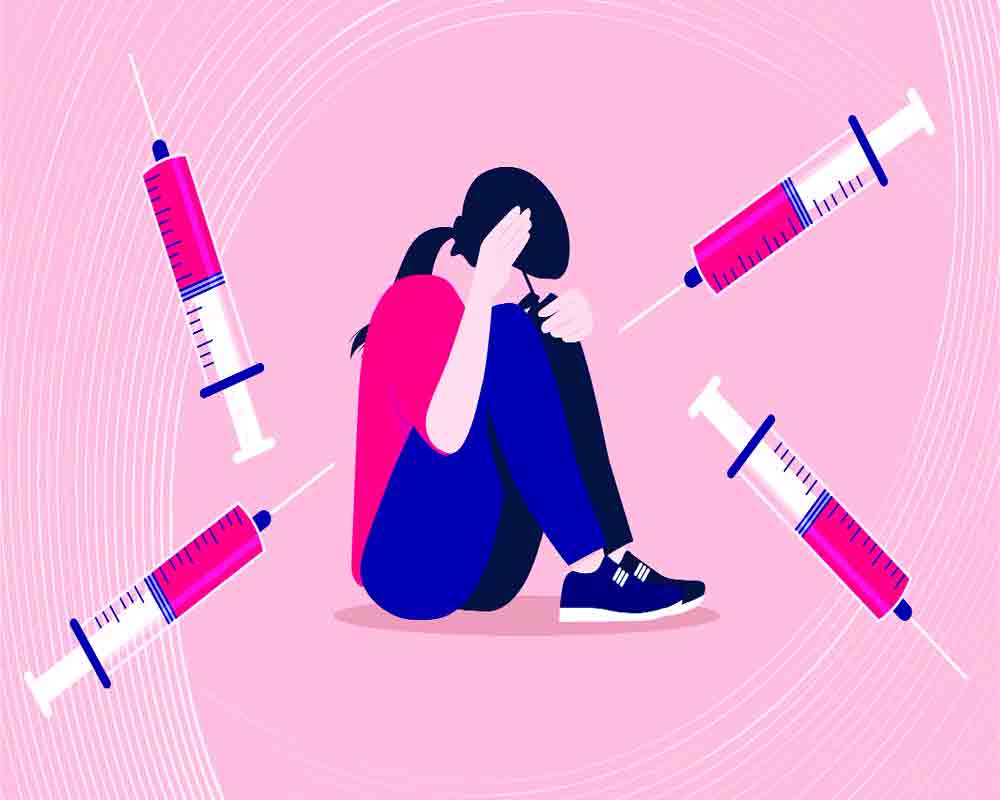 New diseases are often accompanied by misconceptions, superstitions and rhetoric. During the 1974 smallpox epidemic of India — one of the worst epidemics of the 20th century — most of the rural areas believed it to be the wrath of a regional goddess called ‘Sheetla Mata’. Even today, if someone is infected with smallpox, people claim that the goddess is upset with the infected person and that they should worship her to get rid of the disease. Today, when the entire world is faced with the challenges created by the COVID-19 pandemic, the rumours and misconceptions associated with this novel virus have made the fight even more difficult. The situation is worse in rural areas.

Rural regions in India are often disconnected in terms of information and awareness due to inaccessibility to the relevant information in a timely fashion. Women, owing to their restricted mobility, are further pushed away and rely on the information provided by men in the family. The ones who are literate and aware are often neglected by their families and forced to follow the misconceptions they believe to be true.

Women at the crossroads

Whenever Pooja Kumari, a 23-year-old graduate from Rampur Babuwan village in Uttar Pradesh’s Sultanpur district, tries to explain COVID-19 through a scientific lens, her in-laws discard her information upholding a traditionalist viewpoint, resulting in a never-ending disagreement. While her husband and brother-in-law work in another city, she lives in the village with her in-laws and two small daughters. Expressing her difficulty in making an informed decision, Pooja says, “My in-laws are orthodox and do not believe in the concept of immunisation. Going against their beliefs, I ensured that my elder daughter received all the important vaccines. My decision has angered them, and they keep complaining. I am, however, aware of what is best for my child’s future. I will also get her vaccinated against the novel Coronavirus, once it’s available for infants.”

Lack of proper awareness about vaccines has also contributed to disagreements among household members. “In my village, there is a continuous conflict regarding vaccination within several households. While half of the household members are willing to get vaccinated, the rest are dominated by their apprehensions,” informs Namita Dwivedi, an Anganwadi worker from Nandauli village in Sultanpur district. In a situation where the family’s opinions are divided, it becomes difficult for a woman to make a decision based on her knowledge. She will be ridiculed for a long time and will be held responsible for everything that goes wrong in the future.

Another concern that stops villagers from agreeing with the informed opinions to participate in the fight against the pandemic by getting vaccinated is the fear of possible side effects. They are quite apprehensive about these. A common question arises as to why they get fever after getting vaccinated; why does a medicine meant to provide relief cause fever? With no one to address their concerns, some have developed a fear of death. This absence of information regarding the Covid-19 vaccine has resulted in various misunderstandings and misconceptions. Namita further adds, “I feel people are extremely scared. Last year, the sudden spread of the virus and deaths in urban areas shook them. In the second wave, the virus reached the remotest corner of the villages, killing hundreds. Now, there are several rumours regarding vaccination. People are not going to fully trust it until they are properly informed. The myths and superstitions among rural women, who are least educated, regarding vaccination are deep-rooted.” She emphasises the urgency of ending superstitions, which is the biggest challenge and is influencing people’s decision-making. This has increased the challenges of the frontline workers who often struggle to educate the village community about Covid-19 and vaccines.

Learn from the past

While underlining the importance of effective information dissemination, Pappu Kumar, project manager for the National Rural Livelihood Mission in the district’s Baldirai block says, “The way the second wave impacted the villages, it is important to focus on the education and awareness of villagers. We need to learn from the past endemics. During the polio eradication drive that started in 1994, as the vaccinations were being administered, rumours started doing rounds that the polio vaccine is laced with infertility hormones. A massive media campaign, public messaging and door-to-door awareness drives helped address the concerns of villagers.” He stressed that this time the administration needs to invest double the efforts.

There is a need to run special awareness campaigns for the Covid-19 vaccines and pull villagers from the state of confusion. Until then, the tussle between science and superstition will continue and we will not be able to defeat Covid-19.