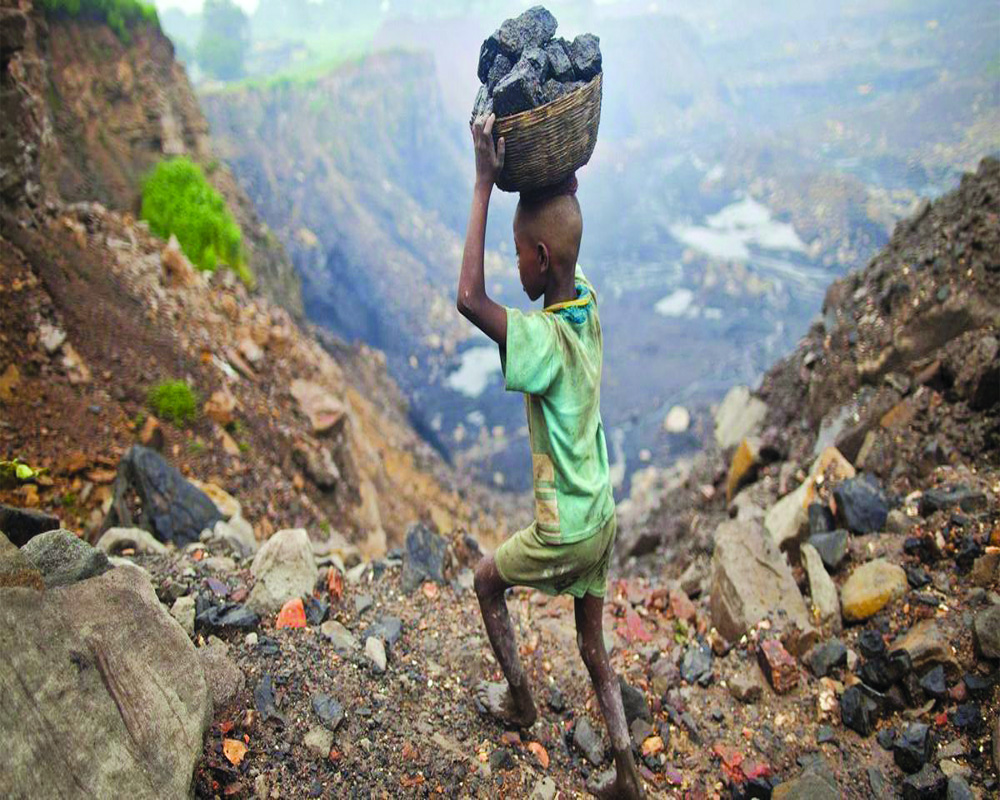 Azaadi hai toh sab hai (where there is freedom there is everything),” said Rehana Begum, who along with her husband and children, was rescued from a Municipal Corporation toilet compound in 2017. Originally from Purnia in Bihar, the family moved states looking for work opportunities. “My husband and I were married without the permission from our families, so we had no place to fall back on, that is the price one pays for being a woman who dares to love,” said Rehana.

“Initially, we were offered Rs 5,000. As we lived in a rented space, the idea of moving into the complex full time seemed lucrative. As our entire family moved into the complex, I had to do double shifts of guarding the toilet and on several occasions, had to clean it as well. My work started at nine in the morning until 11 at night,” added she. Taking care of three children, cleaning toilets and juggling housework, clearly took a toll on her.

She shared, “Living on the site permanently, we worked in the compound day in and day out. Our wages were stopped and when I refused to work, I was threatened with sexual violence. I had fallen sick at one point and was diagnosed with pneumonia but was not allowed to go to a hospital for proper treatment. The only saving grace is that I am finally free.”

Rehana and her family were rescued by National Campaign Committee for Eradication of Bonded Labour (NCCBL). A court case is pending in Delhi for her rightful compensation and lack of accountability on the part of the Delhi Municipal Corporation. To survive, Rehana’s husband, at present, is working as a rickshaw puller while she is trying hard to find a job as a domestic worker. The family fears that they may be trapped in debt bondage again as they look for jobs.

Not just Rehana, across India, an estimated 12 million workers are employed in brick kilns, garment factories, construction units among others. Over three lakh informal workers have been released according to the Government of India. India identified at least 1,35,000 bonded workers in its 2011 census, while the Australian charity Walk Free Foundation put the number at eight million in its 2018 Global Slavery Index.

Most of these workers are sourced from remote rural pockets with concentration of poverty through a vast network of contractors. While most of these pockets exist in the Northern and Eastern part of the country, some developed states in the West and South, also have such pockets.

Desperate and vulnerable population of unorganised workers, who are in no position to negotiate wages or their rights, have become a massive pool for cheap labour. A large number of these labourers are children, forced out of school, bearing the burden of sustaining their families.

“I lost two of my children, an eight-years-old boy and one girl, who was barely 10, as they were sent off to work in a kiln in Himachal Pradesh. We were just informed that they both died but no one bothered to tell us how,” shared Pinki, the mother of the two children.

Pinki and her husband, Kale, live in a small hamlet of Bandhera Khas in Deoband, Uttar Pradesh, a colony where several migrant workers like herself and her husband now reside. In 2014, Pinki and Kale, originally from Saharanpur, were taken to work in a brick kiln in Nawanshahr in Punjab and were promised Rs 1,500 per person per week by the contractor. The same person promised to pay the same amount for two of her children, giving them a chance of making more money.

Explaining what transpired at the kiln, she said, “The only means for us to have made money was to move cities. My children were taken to Himachal Pradesh. Instead of Rs 1,500, we were paid only Rs 500 every week or even less. With no money and no clue of our children, there was a sense of feeling trapped. I remember working around the clock carrying bricks on my back. It feels like a blur to me, the life that I lived for five years.”

Pinki survived by living in a makeshift tent, eating corn kernels and bread. She was finally rescued in 2017 along with her husband by NCCBL. As per the wages promised to the couple, the contractors owed them over one lakh rupees. However, the family hasn’t received a single penny so far.

For her, losing her children and never getting to see them again was the biggest trauma. “I was beaten up several times, I was not paid for my work, but losing my children was the scariest part,” said she.

The COVID-19 pandemic and the lockdown imposed to contain the spread of the virus has worsened the situation for the bonded labours as rescue operations have also come to halt. Nirmal Gorana of the National Campaign Committee for Eradication of Bonded Labour (NCCBL) responsible for conducting rescue operations across India said, “Amid the pandemic, many were trapped in the sites of exploitation as rescue operations remained stalled. As the nationwide lockdown was announced, brick kiln sites, several construction sites in remote parts of the country, including the agricultural sector continued to function.”

However, the meagre wages that the bonded labourers were getting was also stopped. They had appealed in the Chandigarh High Court and the Allahabad High Court, but the state was overburdened at that point and undertaking rescue operations became difficult. Even those who could be rescued were not being given repatriation and police protection, making their chances of falling back in the trap of bonded labour much higher.

Though bonded labour was outlawed in 1976 when the Bonded Labour System (Abolition) Act came into force, the news of rescues is fairly common. Convictions, however, are a few.

A senior official in the Central Labour Ministry on the condition of anonymity said, “There is widespread prevalence of violence in case of the bonded labour and the assistance, especially during the times of COVID has been delayed. However, when it comes to rescues, the responsibility lies with the respective states to act on these complaints.”

The Centrally Sponsored Plan Scheme for Rehabilitation of Bonded Labourers has been in place since 1978 to rehabilitate those rescued. As part of this scheme, adult male rescuers are entitled to the financial assistance of Rs 1 lakh, while those who come under special categories, such as women and children are entitled to Rs 2 lakh. Others, who are rescued from forced or bonded labour from more extreme conditions like sexual exploitation, brothels or trafficking, as deemed by the District Magistrate, are eligible for financial assistance of Rs 3 lakh along with some non-cash assistance from the state governments.

This financial assistance is funded by the centre but comes only after conviction. A person who is rescued is eligible to Rs 20,000 as immediate assistance from the District Administration, regardless of conviction. Apart from the immediate assistance, those rescued are also entitled to a state-issued rescue certificate (RC), which makes them eligible for the rehabilitation measures; however, those getting the certificates remain abysmally low.

None of the people the writer spoke to had been provided with the compensation. Despite a large number of women workers, Women’s work is unaccounted for and their labour is not recognised in the economy. Doubling the oppression of taking care of the food, family and suffering harassment from contractors, they remain invisible and unpaid.