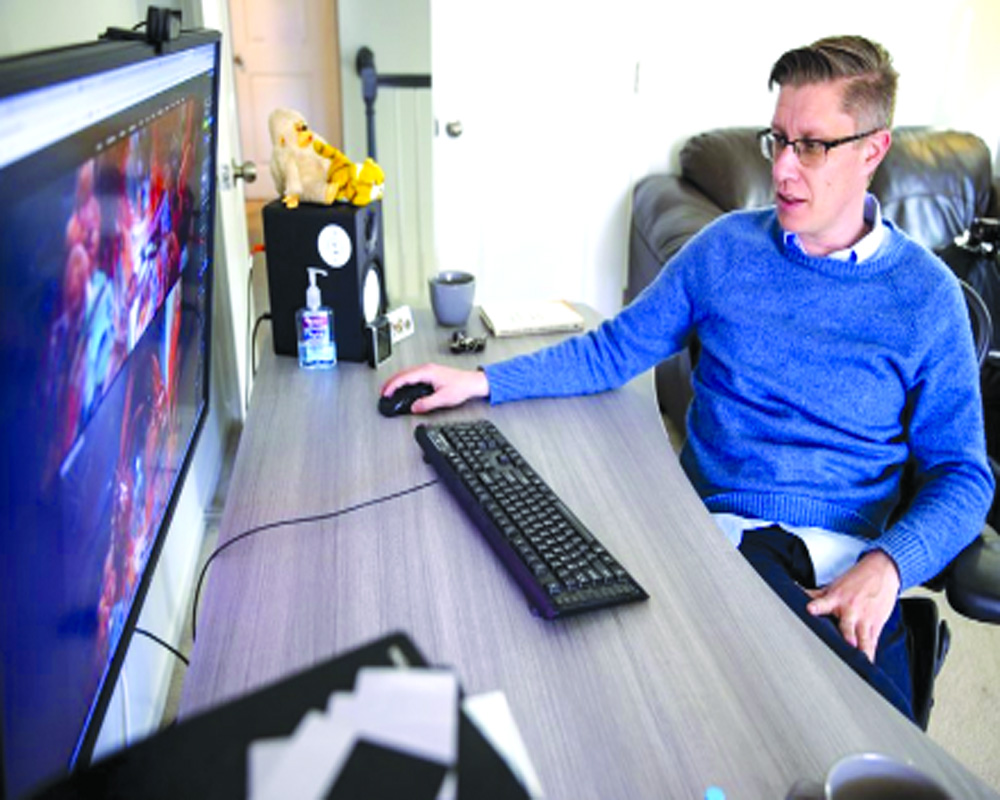 Artist Beeple, whose real name is Mike Winkelmann, talks about selling NFT collage for a record $70M and how the crypto art boom is affecting him and other artists who haven’t previously had a way to guarantee exclusive ownership of digital works

When digital artist Beeple put an NFT digital artwork up for auction this month, he became instantly famous when it sold for almost $70 million. The record sale also sparked huge interest in digital certificates of authenticity based on cryptocurrency technology that are called “non-fungible tokens” (NFT).

These NFTs are undergoing a boom. We caught up with Beeple, whose real name is Mike Winkelmann, to talk about the auction result, NFTs and how the crypto art boom is affecting him and other artists who haven’t previously had a way to guarantee exclusive ownership of digital works, which by their nature can normally be freely copied.

Beeple spoke with the us via a Zoom call. This interview has been edited and condensed for clarity.

Why do you think your artwork Everydays: The First 5,000 Days fetched such a high price?

There are a couple of reasons. One, it represents 13 years of work. You can very easily see that this is something that took a very, very, very long time to make. Another part of it is a lot of excitement around NFTs. The people in this space, the people who bid on them, I think they personally understand what NFTs are going to be much more than the rest than the general public. The technology is simple enough that it can be used for many different things. And a lot of people are comparing it to the beginning of the internet.

How do you respond to concerns that the buyer Metakovan, who bought 20 of your other NFT artworks in an earlier sale and founded an NFT investment fund, was trying to pump up prices of his holdings?

Say somebody goes out and buys a painting for $5 million. So that person has $5 million invested in the career of that artist. If the next painting goes for way less, what does that say about the $5 million you’ve spent? It’s kind of how the art market works. So I think a lot of people are trying to look for some crazy scheme or scam here. I personally don’t see it.

What exactly did Metakovan buy?

(Beeple noted that he retains the copyright to Everydays.) I’m very interested in having (the artwork) take a bunch of different forms to promote it, to display it, to educate people about how it was made. So I think people are looking at this (and thinking), “There’s nothing there.” It’s more like, think about it like a piece of art that can like live on and take different forms over time versus, like, you’re buying nothing.

For the first time, Christie’s accepted cryptocurrency as payment for a sale. But some people wonder if this transaction actually happened. Have you been paid?

Of course, 100 per cent. That’s the craziest part about this. So literally the thing closed Thursday morning. By Friday night at about midnight the transaction was literally 100 per cent  complete. (Metakovan) had the NFT, I had $55 million in Ethereum, which was immediately going up and down (in value).

(Beeple said he has converted all the cryptocurrency to cash and flashed his cryptocurrency app showing a balance of about $56 million — his take after Christie’s took its cut.) According to Christie’s this is something that usually takes like two months.

There are so many NFT projects now. Are we in the midst of an NFT bubble?

There is definitely some froth. There is absolutely a lot of excitement. And some people are putting money into things that I can almost guarantee you are going to be worthless.

So it’s one of those things where people are going to rush in like there’s going to be a ton of money. But again, just like the internet (dot-com boom), there was a bubble and the bubble burst, but it didn’t make people stop using the internet. So people need to be careful. It’s very speculative. It’s very early days.