Full up with filling

Full up with filling 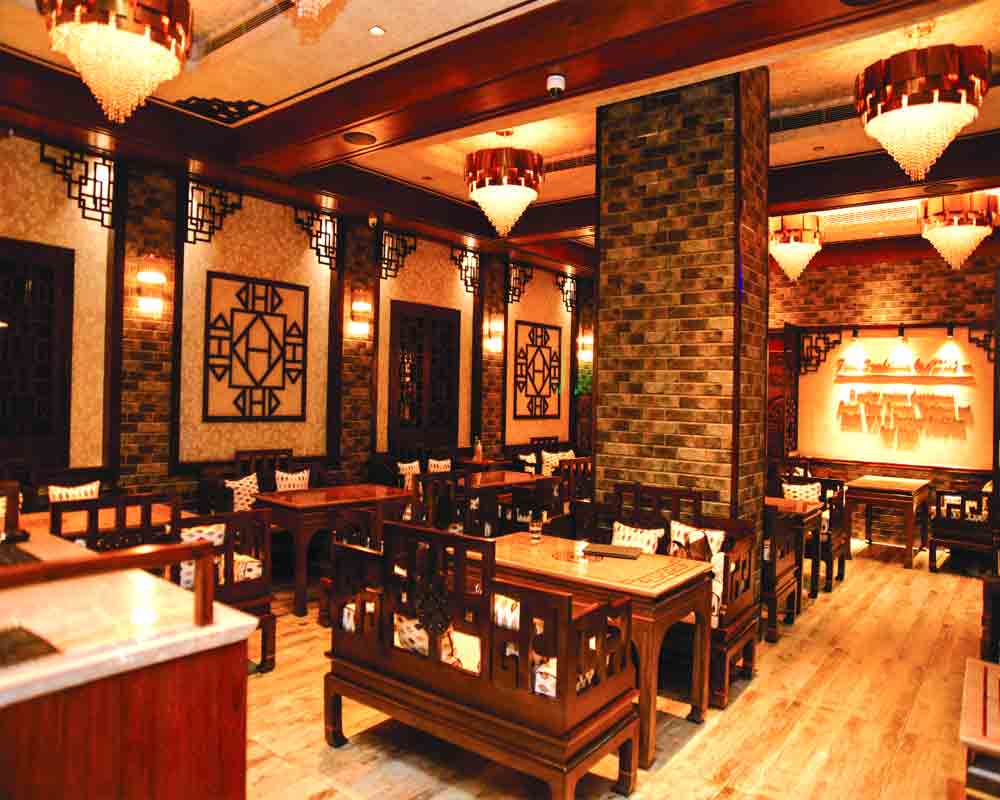 With its spread of 149 varieties, The Art of Dumpling scores not just on quantity but also taste, says Saimi Sattar

It was some time in the second half of the ‘90s that on the insistence of a friend (a friend’s boyfriend to be precise) that I gingerly sampled something which did not spell love at first sight. Several white blobs placed on a plate, which tasted somewhat bland and served with a fiery red chutney was certainly not my idea of gourmet food and I refused to dig into a second piece. While the couple parted ways, I gradually developed a great affinity to this snack like the rest of Delhi so much so that I craved for it on days when the in-between meals hunger pangs strike. So, when The Art of Dumpling (TAOD), a fine dining restaurant dedicated to... you guessed it, dumplings,  I was raring to dig in.

As the name suggests, the 70 cover restaurant has an extensive dumpling menu with a whopping 149 different kinds. It claims to be the second-largest menu in the world dedicated to this delicacy. For those who want something more, there is an elaborate selection of Japanese, Thai, Chinese and Mughlai dishes.

Located in the heart of the city, the wooden interiors, warm lighting, unobtrusive yet attentive service makes the place quite popular among families as well as groups. On the night that I dine there, at various times, the restaurant is almost 90 per cent occupied.

Before diving straight into the food, we start with an unusual mocktail, Sparkling Cranberry. And did it sparkle? With every swirl of the stirrer, it seems as if gold dust shimmered within the drink. But not only is it good to look at, its taste too is unique. The non-alcoholic drink is fruity, sweet and refreshing while the underlying tartness of cranberries lingered on your tongue has us smacking our lips and anticipating the food that is in store.

First up is the Gondi soup where ball-shaped dumplings are stuffed with chicken that has been seasoned with herbs. While the broth is delicately flavoured, it is the taste of the succulent balls that seem to explode in the mouth and elevate a simple soup to the next level.

The Oromo, where Tzatziki king oyster mushrooms are rolled into a beautifully tender, almost transparent cover had a clean flavour. The chicken dumplings, where the spices are a little more pronounced, have us asking for more.

Rangoon, a crispy, fried dumpling with all the crunch minus the sticky oil has a crab filling and Burmese flavours. The creamy filling contrasts and complements the crispy exterior while ensuring that a mental note is made of... to be ordered the next time we are here.

The platter that is put up for us next looked more like round koftas or kebabs. Called Rissolps dumpling,  it is a soft, melt-in-the-mouth variety. And the flavours, a tad more intense than what we had earlier.

While the restaurant specialises in an extensive dumpling menu, it also has an extensive Indian menu on offer. We had the Chef’s special chicken tikka, which is the only dish that strikes a slightly discordant note in the otherwise perfect meal. Though cooked to perfection, the flavours are a little too strong.

All too soon, we are digging into the main course. The Khao pad rice, a vegetarian offering with Asian flavours, can be eaten without a side dish. The rice, with a slight bite, has the sauces and vegetables in a perfect balance.

We team it with Fish in mahalak sauce which is tender. The umami flavours are heightened by the spring onions and mushrooms that add a slight bite to balance the succulent fish.

What comes up next is a surprise. It looks like noodles or spaghetti but rather than pale white, it is greyish black in colour. However, it is only when you dip your spoon in do you realise that it slips right through the Auric black spaghetti which begins to melt a little. It is ice cream! The flavour is minty. It cleanses my palate—instead of adding another heavy note of flavour—leaving me satiated, happy and content.