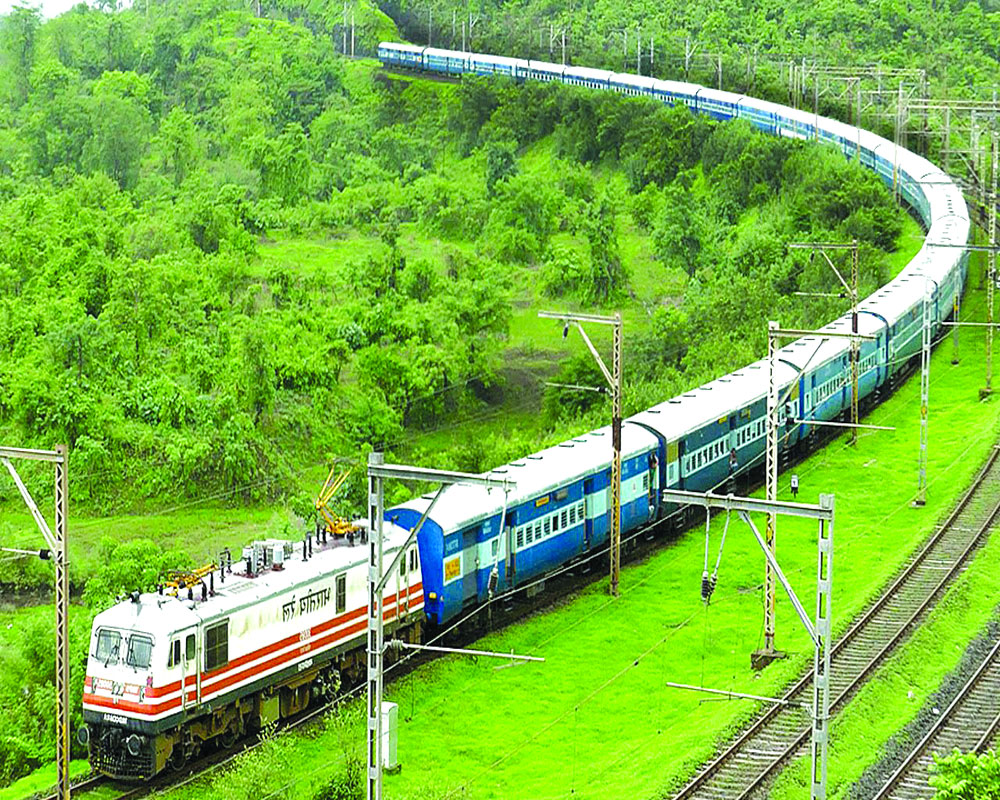 The World Environment Day pivots on a vision to ‘Reimagine. Recreate. Restore.’ for our planet. Amidst a global rallying cry for everyone — from global governments to corporations and citizens —to do their part in healing our ailing planet, the leadership role of Indian Railways deserves analysis, comment and appreciation.

The launch of ‘UN Decade on Ecosystem Restoration’ states succinctly — “This is our moment. We cannot turn back time. But we can grow trees, green our cities, rewild our gardens, change our diets and clean up rivers and coasts. We are the generation that can make peace with nature. Let’s get active, not anxious. Let’s be bold, not timid. #GenerationRestoration”

The hashtag is sure to stir up a flurry of responses that choke up social media in this single-day celebration. In the background are the on-ground systemic initiatives by Indian Railways which speak volumes with their silent yet unrelenting rollout of reforms over time. Indian Railways (IR) is working to become the largest Green Railways in the world and is marching towards becoming a “net zero carbon emitter” before 2030. Railways are guided by a holistic vision of being an environmentally friendly, efficient, cost-effective, punctual and modern carrier of passengers as well as freight to serve the growing needs of a new India. IR is looking to help the environment with steps ranging from massive electrification, water and paper conservation to devising ways to save animals from being injured on railway tracks.

Railway electrification, which has resulted in reduced pollution levels, increased nearly ten times since 2014. Capturing the economic as well as ecological benefits of electric traction in an accelerated manner, IR plans on electrifying Broad Gauge (BG) routes by December 2023 to achieve 100 per cent electrification of BG routes. Head-on-generation systems, bio-toilets and LED lights recreate the train itself into a travel mode that’s kinder to the environment while maintaining passenger comfort.

A railway isn’t just tracks and trains, they say, and a station is where “the train meets the city”. IR has made this meeting point much greener lately, with green certification to prove it.

Green certification mainly covers assessment of parameters having a direct bearing on the environment, such as energy conservation measures, use of renewable energy, greenhouse gas emission reduction, water conservation, waste management, material conservation, recycling et al. There are 19 railway stations and 27 IR buildings, apart from 39 workshops, seven production units, eight loco sheds and one store’s depot which have also achieved green certification. Additionally, over 600 railway stations have been certified for implementation of the Environment Management System.

A lasting colonial image of the industrial revolution era was the steam locomotive, ‘belching smoke and awed by natives’. Indian Railways have assimilated this heritage while consigning ancient locomotives to museums and building the network anew post-independence. The British-era railways split into Indian, Bangladesh, Sri Lankan and Pakistan rail networks over time and IR has evolved at a much faster pace, setting a greener tone through time. The scenic landscape of mountain railways, Konkan and other coasts, ports and container services together transform the palette to verdant shades, in an approach that matches global environmental objectives.