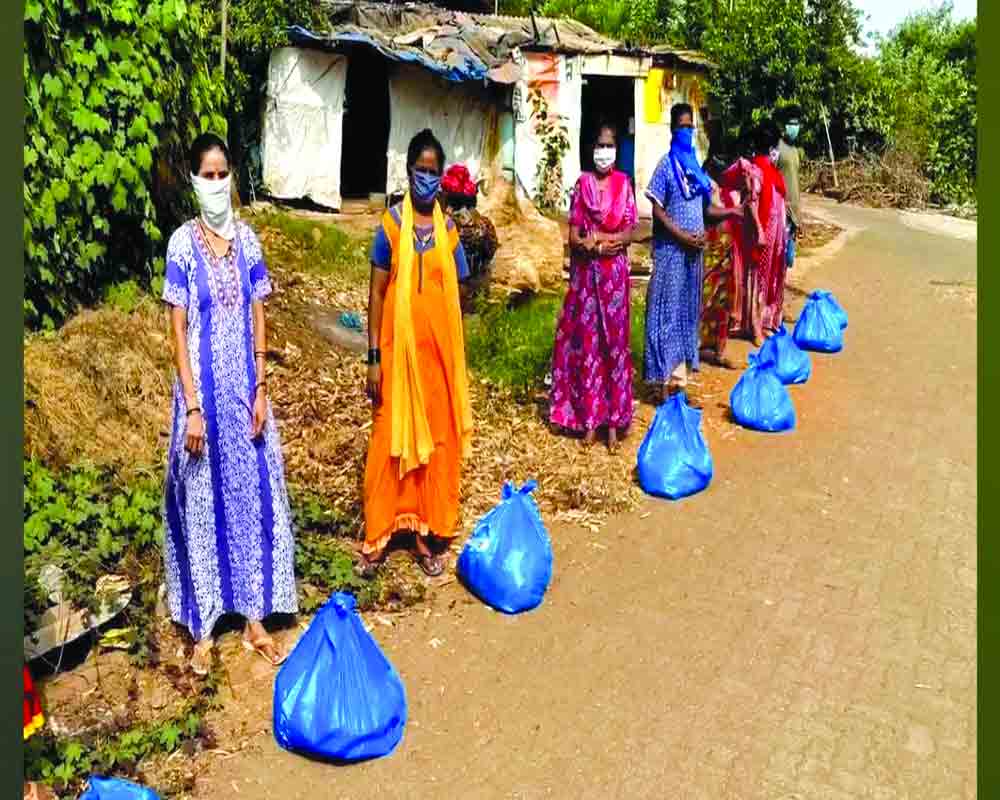 Alka Gadgil elaborates on the work done by Rashtra Sevadal, an organisation in Maharashtra which seeks the betterment of children from low-income, informal settlements through education

I started working while I was still a teenager. A small voice from inside, however, kept calling me to do something worthwhile. I couldn’t tell whether the voice was trustworthy or if the stirring within me was real and within reach,” shared Tejas Salaskar, a 19-year-old boy from Mumbai, Maharashtra who is currently engaged with Rashtra Sevadal – a non-profit organization that works with children and adolescents.

Sevadal was founded by Panduranga Sadashiv Sane, popularly known as Sane Guruji. A freedom fighter, he was an author, social reformer and anti-caste activist from Maharashtra. His organisation works with children and young adults to inculcate the values of democracy, socialism, secularism, scientific temper and universal brotherhood. It’s aimed at creating citizens like Tejas who would help build a socialist society and dedicated youth workforce for constructive work.

“I had chosen commerce without much contemplation. Even though I was convinced to get into accountancy, I knew that it was not my calling,” shared Tejas, whose mother is a homemaker and father works in a garment factory. He started working at a plant that specialised in manufacturing hearing aids. Describing his previous work, he said, “Many of our customers had hearing impairments at a very young age. Children as young as 15 and 16 were affected and required treatment. I had started liking the work, but due to Covid-19 our workshop had to halt its operation.”

Soon, he began volunteering for Sevadal. Deeply involved and satisfied with what he does now, Tejas decided not to resume work at the workshop after it recently started operation.

One of the interventions aimed at the education and betterment of children from low-income, informal settlements. It had started with career guidance counselling but soon realised that most children found it difficult to crack board exams in Class 10, which hampered their further development. The organisation took a call and started coaching classes for the same.

“The students of standards nine and 10 would come here after school hours at 1:30 p.m. The trust provides them with a mid-day meal after which their coaching starts,” informed Tejas. The students from middle school are also provided coaching during the morning hours and are provided lunch before proceeding to school. The trust has also customised mathematical tables to help students who are poor in math. “Most of these children were on the verge of dropping out of schools, which was averted due to our food and coaching programme. But sadly, a few have already left school because they had to earn,” shared Tejas.

The Aarey Colony School which was run by the Brihanmumbai Municipal Corporation (BMC) was adopted for the intervention. Aarey forest is part of the Sanjay Gandhi National Park in Mumbai. The school is closer to the Padas (hamlet) deep in the woods. There were some students who could barely read and write. Here, Sevadal activists had to start from scratch, but they were patient and the end result was fruitful.

In March 2020, Covid-19 surfaced and the education of children and livelihood took a beating. When the online classes started, many children from the Adivasi hamlet couldn’t access it as they didn’t have a basic cell phone, let alone a smartphone or internet facility.

The trust assisted 45 children to seek admission in college. Several students who didn’t have the required documents for admission were offered assistance to get their Aadhar cards and caste certificates. Soon they realised the need to address the issue of food security as many parents had lost their jobs due to the pandemic and started a food distribution programme.

“Initially, we had given preference to the families of our students, but then there were others who had lost the means to sustain them. We collected the data of people who had lost their jobs,” said Tejas while explaining the process of food distribution. “Students helped us collect the data of the neediest families,” he added.

Despite the fact that schools gradually reopened following the second lockdown, students from Adivasi hamlet had low attendance. Focusing on the issue, Tejas and the team visited the hamlets and encouraged the children to attend their classes. Students started attending schools but would get restless after 11:30 a.m. and leave.

“We found that children would attend the school on an empty stomach and be hungry by 11:30 am,” shared Tejas. To tackle the situation, trust sprang into action and made provisions for the food for these children and their families.

“In the BMC school at Aarey Colony, one of the students, Sushma (name changed), used to frequently remain absent. Later, we found out that her mother had Tuberculosis (TB). She had to look after her mother’s health along with the house.  This was before Covid-19, when she was about to drop out,” informed Tejas, who takes pride in intervening at the right time and averting the circumstances. According to him, Sushma’s mother was admitted to a hospital for treatment and she was able to attend school.

Tejas is tech-savvy and would like to use it for development. He wants to pursue further studies in the field of humanities while continuing to make a difference in every little way possible. Tejas life’s an example of how organisations like Sevadal can transform lives for a better tomorrow!