Originally Made In India

Originally Made In India 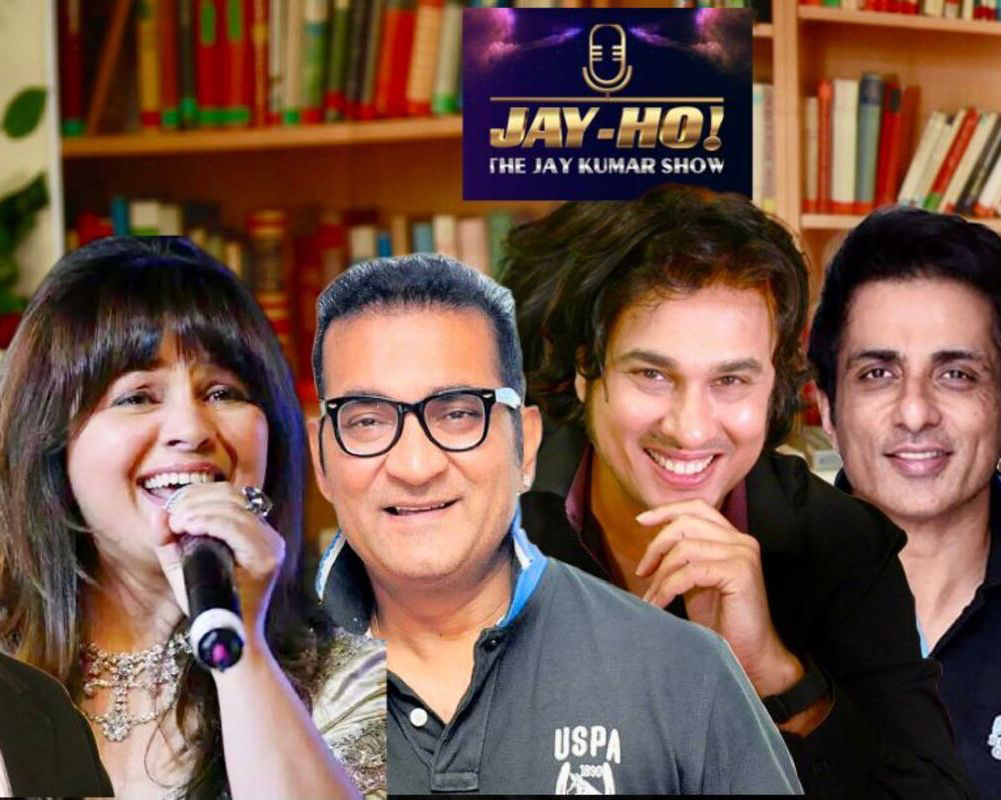 Pop icon Alisha Chinai, who courted fame after the breakaway success of the indi-pop album, is to announce her future plans on the talk-show, Jay-Ho. By Team Viva

Long before slogans such as ‘Make/Made in India’ became a thing, Alisha Chinai rocked the nation with her Made In India number 26 years ago, would be appearing on the Jay Ho Show today. For some reason, her fans are expecting some mega announcement about her career as well as personal life.

Though the producers of the show are tight-lipped about the revelations that Alisha has made on the show, those who are close to her hint that she is up to something. When we contacted the host of Jay-Ho, Jay Kumar, he put up his hands saying, “We are not a sensational show and we do not want controversies but if our guest says something we respect that. I am afraid you will have to wait till the show is aired on Saturday”.

Jay is known for his amicable style of interviews, which is partly why his celeb guests open up to him and reveal their closely guarded secrets. As he puts, ‘my show is different as we want to reveal to our audience the real person behind the celebrity they know’.

His show is a rage among the Indian diaspora in the US. Even the Hispanics and the White people who love Bollywood never miss an episode of Jay-Ho. Most of the guests at the show are from the Indian film fraternity and Sports. Sonu Sood, Altaf Raja, Abhijeet Bhattacharya, Neeraj Kabi and Abhijeet Sawant among others have so far been featured on the show.

“I was held in love and kindness, that’s the best way I can describe the experience of being on Jay’s show. It was so warm and personable, I couldn’t help but feel unmasked. He has a way of cajoling you to be yourself. Don’t forget to tune in to Jay-Ho on the YouTube channel, The Jay Kumar Show, at 4 PM today for a surprise, said Alisha warmly, when we reached out to her, asking about the big-reveal.

At a time when pop music was still at a nascent stage in India, she created a history of sorts with Made In India. It was the first album by an Indipop artist to be sold on a scale comparable to Hindi film music albums, with over five million copies sold in India. The album established Indipop as a discrete genre and its singer, Alisha, became the genre's main proponent.  Alisha’s album gave Indian music a firm footing in global music. Thereafter, she took to playback singing and, in due course of time, left an indelible mark on Bollywood music with various hits.

Also credited with the extremely bewitching song, Kajrare Kajrare, Alisha won the Best Female Playback for the song in 2005. She has also won the International Billboard Award in 1995 around the time Made In India came out. She also won the Freddie Mercury Award for Artistic Excellence.

Talking about Jay-Ho’s host, Jay is an engineer-turned-media entrepreneur who has donned many a hat during his professional journey, gaining experience in three continents. When we quizzed him about his illustrious guest, Jay humbly says “ Alisha ji is one of the most humble human beings. Despite her enormous success, she is extremely grounded. She is forthcoming and loves to talk.   It was great to learn from her how she has managed herself and her career over the years. She doesn’t mind talking about  her fears and anxieties and that is the strength of her character. She has broken many conventional rules. She gave the Indian music industry a makeover. My goal is always to take these key learning from these legends and try to implement them in my own life. Her story demonstrates three key concepts to help us become trailblazers in our chosen field — purpose, attitude, and strategy. Take care of these three and leave the rest to destiny!”

He aims to make the scope and format of Jay-Ho bigger so that people can learn about their idols sans pomp and show.