Perks of being in the Sunflower

Perks of being in the Sunflower 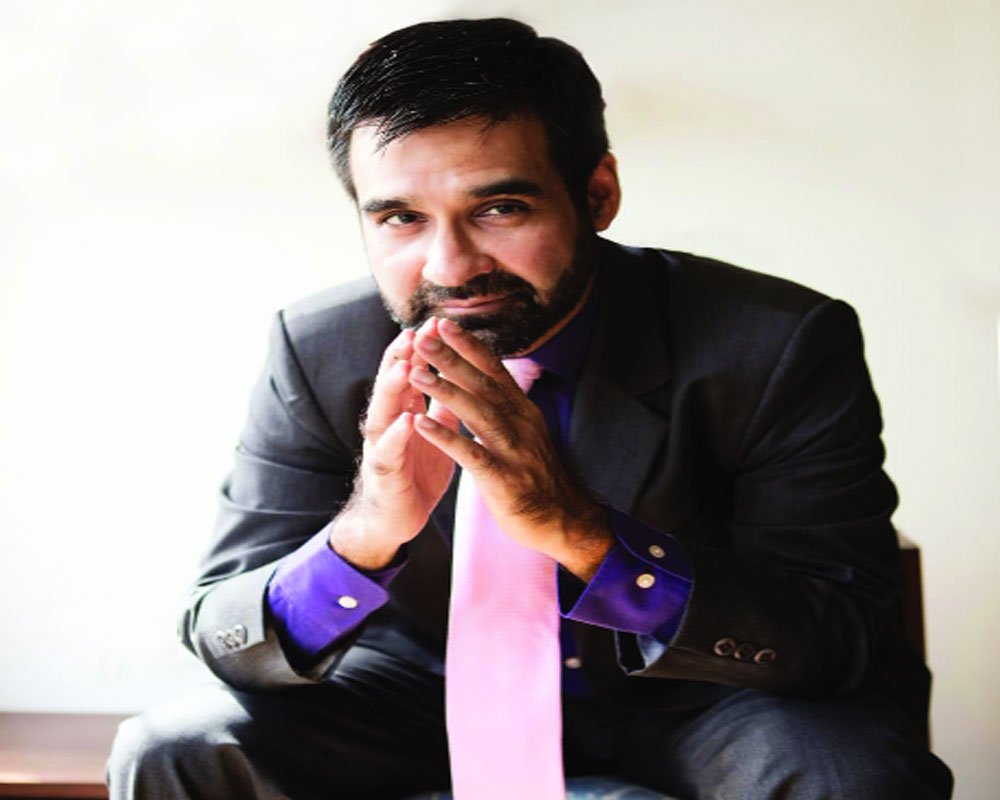 Actor Mukul Chadda tells Ayushi Sharma that being an actor, playing different parts, does help one to develop a sense of empathy towards different kinds of people

Actor Mukul Chadda gave up on his lucrative job as a banker in the United States of America to pursue his dream of becoming an actor. Ever since moving back to India, his career graph in showbiz has been spiralling upward journey. After starring in the Indian version of the American show, The Office, he will be seen in the forthcoming web series, Sunflower and Vidya Balan-starrer Sherni. We caught him in between a break for a quick telephonic interview. Excerpt:

What drew you to be a part of Sunflower?

Right from the word go, I was intrigued by the character of Dr Ahuja, the role I had to portray in the show, as it was very different from the characters I have played in the past. Some of the scenes I was instructed to enact during the audition had me hooked and by the time I got to read the entire script, I think I was completely invested in the project. I found myself chuckling and laughing while I flipped through the pages. As far as scripts go, there are good parts and bad parts but this one was very good and it kept getting better. So, once I read the script, it was a no-brainer. I was very keen to do this project for the script as well as the role of Dr Ahuja.

What was your experience of working with Vikas Bahl?

Vikas is an extremely experienced director who is very calm on set. During tricky moments and difficult scenes, his expertise was evident. The way he handles situations on the set and actors, he puts his experience to good use. Both directors, he and Rahul Sengupta, never seemed to be flustered or stressed and I think that is very helpful in an environment where you are trying to be creative and create. I am sure there was some pressure or the other, but it didn’t trickle down to affect us, the actors. We had a good time putting this show together in that fun atmosphere.

How did you prepare for the character?

Actors have their ways to go about preparing for characters, and it might differ from one role to the other. One of the things that comes to mind for, Dr Ahuja’s portrayal, was how I was in constant touch with the writers to develop a particular aspect that caught my eye during a reading with the entire cast before we started shooting. I wondered whether we should take that trait a little further and put immense emphasis on it. I am afraid I cannot share any spoilers right now (chuckles, before continuing) but they were very receptive and welcomed my input by incorporating those suggestions. Apart from that, there are some details you add as an actor that you feel will work for this character. Some work on the back story always helps, as does some time and effort on the body language et al. Again, these might be very subtle and nobody may catch on, but as an actor, it gives you the confidence to believe that what you are doing sounds and looks as authentic as possible.

There’s a surge of grey roles now. People don’t like to put the characters in a box. Do you think yours in Sunflower is one such too?

Absolutely, Dr Ahuja’s character is definitely grey by any definition of grey and that certainly is one of the exciting parts about playing this character. Your question is very well-phrased. As your question itself mentions, people don’t like characters to be put into a box since, in reality, none of us are people who can be put into a box. Nobody’s character is monochromatic. It’s not like you are either good or bad. We all have shades to ourselves. I mean real life is grey. We all have different sides to ourselves and different sides get activated at different junctures. So, that is reality and it’s wonderful that more and more shows and films are now bringing out the multi-dimensional aspect of characters. There is so much more to it than what meets the eye. It should go without saying that you cannot define a character with just a couple of sentences.

Also, as an actor, I think it’s wonderful to try and sometimes understand when you talk about grey or dark characters. Why does this person do what they do? Or what makes them do what they do? Is that something that can happen to any of us? And that is what fascinates me. When you see a character who is seemingly on the darker side of grey, you can’t help but wonder what makes a normal person become like that? And in case something like that happened to me, would I turn out to be just like this character? It is a very thought-provoking process for viewers, ruminating over such characters and the circumstances surrounding them. I think that is part of the attraction of playing such roles. Recently, fellow actor Pankaj Tripathi said in an interview, “We would like our characters to be very simple in real life but very complicated on-screen because it gives you so much meat and so much to play with. The contradictions of such a character make it exciting for viewers as well as the one who is performing as such a character.” That was a very well articulated thought, one must say.

Amid this flood of good and realistic content, what do thrillers have to offer? Do you think they still appeal to the audience?

I think there is space for all kinds of genres. There are so many kinds of stories out there. The medium of storytelling has changed over the centuries but its essence hasn’t. There are people who love thrillers and let’s face it, who would not love a good story where you are guessing what happens next right up to the end? I think a well-made show or a story well told is always going to work with the audience, irrespective of the genre. If this question is in context to Sunflower being a thriller, I don’t think it can be pinned down to any one particular genre. Sure, there is a lot of suspense but there is a good amount of comedy as well that is mixed in with other elements in the background.

We heard you would also be starring alongside Vidya Balan in Sherni. Can you provide some inside scoops on your character in the eponymous drama?

Okay, now this is something I can help you with. (laughs unabashedly) I play a character called Pawan who seems like an ordinary guy with the standard corporate job on the surface. However, Amit Masurkar (the director) had certain ideas about how he wanted the character to be played. The character isn’t entirely as he would seem. There are layers to him, his personality and his relationship with Vidya.

How was your experience of working with Vidya Balan? Did you have any notions in place that she proved wrong?

It was a wonderful experience, without any doubt. When you are working with her on a scene, it feels like you are working with just another actor who is trying to improve the scene. You tend to forget that she is a big star, such is her commitment and sense of professionalism. She has an easy-going personality off the set and she has really infectious laughter.

Have the characters you essayed helped you evolve as an actor and a person in real life?

Yes, of course! There’s so much one could learn about acting through the experience one attains in this industry. The more you push yourself as an actor and enact roles that are different from the parts you’ve played in the past, you expand your range. With such experiences, one grows, not just in terms of skill, but also with the confidence gained with each new project. It also helps sharpen processes because each role you prepare for, you end up doing slightly different things each time. I often make notes for myself while I am preparing for a role and at times I revisit the notes I had prepared for a previous role for some fresh perspective.

But has it helped me as a person in real life? Hmm... (we hear him thoughtfully scratching his stubble) This is a much harder question, one that I haven’t heard often but whenever I have, it always beats me because I think it is very difficult to analyse one’s own self as I don’t think we are very good judges of ourselves. We might be really accomplished at judging others but to possess a certain level of self-awareness and examine yourself is somewhat, if not extremely, difficult. However, what I can tell you is that being an actor, playing different parts does help one to develop a sense of empathy towards different kinds of people. When you portray a certain role, you are that person for a certain period. So, the way they think, the situations they are in, you have to deal with them, because that is the essence of an actor — to slip into the shoes of that character.

You left the corporate life to embrace the joys of performing arts. Have you ever experienced any lows which made you wish you would not have changed paths?

I definitely have had many low phases during this journey as an actor, but I have to say that I have never regretted my decision, and this reinforces the belief that it was the right one. So, I am actually living my dream right now.