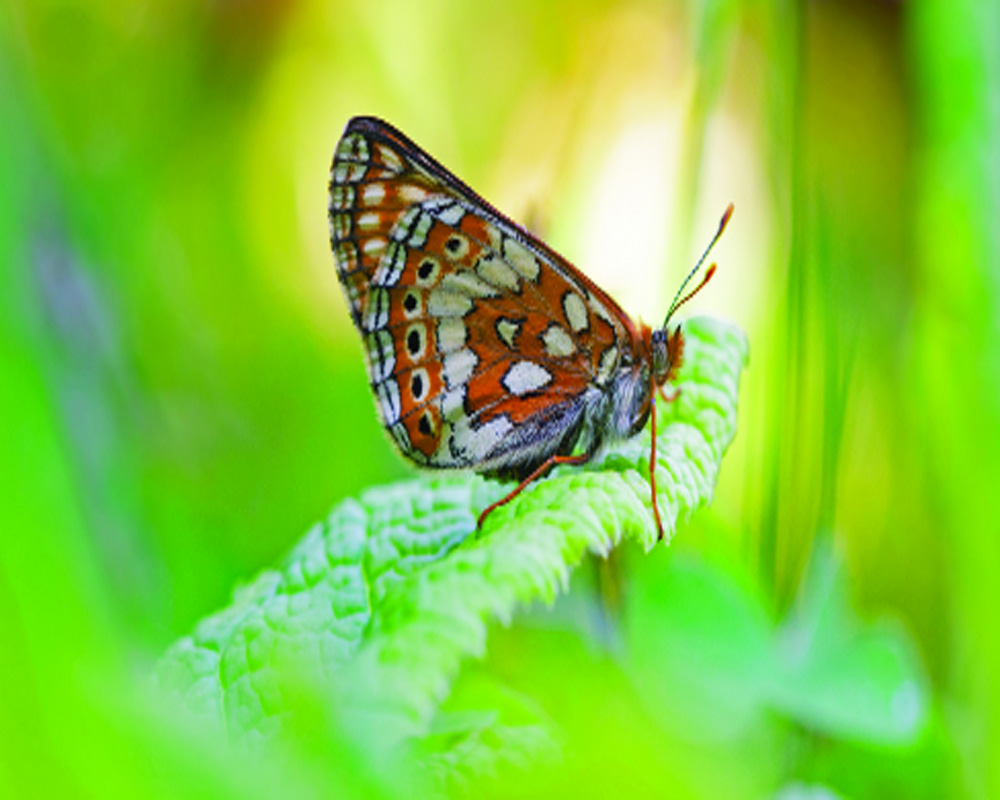 Butterflies conjure up several emotions in us — of love, elegance and splendour. The unique patterns they carry on their wings are not just mesmerising but therapeutic in many ways. No wonder the twenty-year-old Swarali Gogate, from Devgad taluka in Sindhudurga District of Maharashtram, found her calling in these colourful flies.

Swarali is perusing BSc in Zoology from Abasaheb Garware College, Pune. After the Covid-19 outbreak in the country in March 2020, her college, following the national lockdown, announced a closure for indefinite period. Swarali had to return home and after a few days of rest, she felt the urge to tread the mangroves around her village. She sought guidance from her college professor, Dr Anand Padhye, who encouraged her to study butterflies.

“Our approach to development has trampled our biodiversity. Covid-19 pandemic came as a boon to the flora and fauna but with uplifting of the lockdown, the harmful impacts are once again visible,” explains Swarali.

After noticing the downfall of the butterflies due to cutting down of trees and shrubs for road and building construction, Swarali got into action. When she notices caterpillar larvae on a branch of a tree, she brings the branch home to nurture it. She has conserved hundreds of caterpillars since the first lockdown. She also documented the journey of these flies from rearing of the larva to its transformation into a butterfly. So far, she has conserved the flies belonging to Common Mormon, Lime butterfly, Tailed Jay and Common Jay species.

During the pandemic, her butterfly project generated curiosity in the youth in and around her community. Everyone who watched her butterfly conservation was amazed at the stages of a butterfly’s life cycle. “How can such a big butterfly fit in such a tiny cell?” they wondered. Inspired by her work, they promised that they would not remove the larvae from the trees and would refrain from spraying pesticides.

Swarali, even as a child, had immense curiosity and interest in the flora and fauna. While most of the children in her village were interested in watching cartoons, she would watch Animal Planet. As a child, she used to wonder when would she be able to see these animals? How did they live? How did they behave? What is their relationship with the surrounding?

“To help find answers to my childhood curiousity, I joined a course run by the Institute of Natural History Education and Research at Pune, which helped me a lot. There are tiny micro-organisms in water, and they too have diversity. I got acquainted to Taxonomy which is a science of classification, identification and nomenclature of species,” said Swarali.

There were mangroves and wetland around the creek near her house in Devgad. A few villages from the area had no direct access to the mainland. The cooking gas cylinder supply was a grave issue because it was difficult to ferry a cylinder to remote places. As a result, people depended on firewood and were cutting down trees. To resolve the issue, a bridge across the creek was built.  This disrupted the ecosystems of the mangroves. The water currents of the creek got separated because of the heavy pillars impacting the shrimps and prawns. These fish procreate in the wetlands and the destruction impacted the entire ecosystem.

Swarali focused her research in this area. Along with the study of flora and fauna, she also studied the insect and bird diversity around the mangroves of Devgad. She also conducted a study of three-legged insects and the animals and recorded around 125 types of birds along with insects and flies.

For conserving mangroves, efforts are being made at the state level. For example, mangroves are being recreated near water bodies by planting the seeds of mangrove plants. In many parts of the world, recreated mangroves have shown positive impact on biodiversity, increased productivity, improvement of water quality as well as reduction of the total organic carbon. Although development does have an impact on the eco systems and livelihoods of the people, there are ways to mitigate the loss. The Self-Help Groups from Devgad block have started a nursery of the mangrove plants in partnership with the Mangrove Cell of Maharashtra Government.

The local youth, inspired by Swarali’s efforts, has started taking an interest in reimaging a lost eco system and have started participating in the conservation work of the wetlands. Swarali’s passion inspires, and it reminds us of a line from Robert Frost’s poem, ‘Butterflies…flowers that fly and all but sing’.