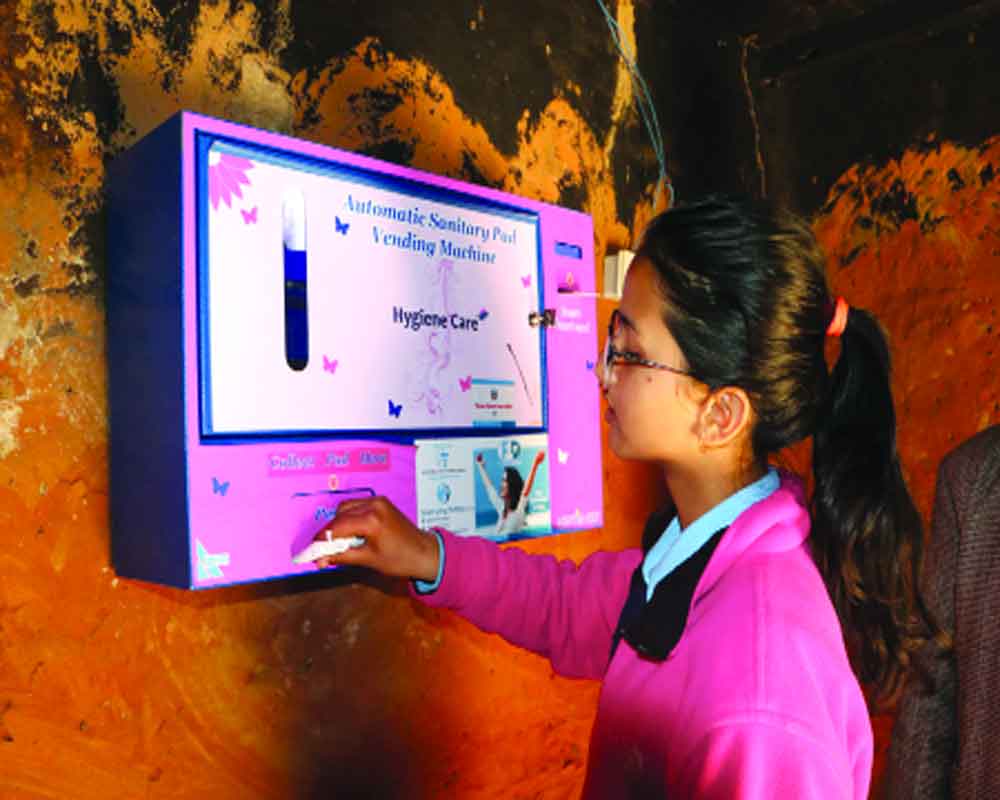 It is imperative for society to outgrow the social taboos around menstruation and make it normal rather than a matter of shame, says Saumya Jyotsna

Last year, when the entire country was locked down to contain the first wave of the novel COVID-19 virus, a survey by the Menstrual Health Alliance India (MHAI) had revealed that women’s and girls’ access to menstrual hygiene products and toilets for managing menstruation was severely challenged. In a patriarchal society like ours, where it is difficult to discuss Menstrual Hygiene Management (MHM) openly under normal circumstances, it becomes even more difficult during times of crisis. Owing to several myths and taboos associated with this natural, biological process of women’s bodies, it has become even more important that the silence be broken around menstrual hygiene and its management that impacts girls’ education, health and well-being.

In the last several years, menstrual health has certainly gained widespread attention in India. With initiatives like Kishori Shakti Yojana and Menstrual Hygiene Scheme (MHS), the government has concentrated its efforts on promoting menstrual hygiene and access to sanitary napkins among adolescent girls. Yet, a 2014-report by non-profit organisation Dasra titled ‘Spot On!’ reported how around 23 million girls in India drop out of school every year due to lack of MHM facilities, including the accessibility to sanitary napkins and awareness. It further suggested that the girls, who don’t drop out, miss up to five days of school every month.

Owing to a blanket of silence and taboo that surrounds menstruation more specifically in rural India, such initiatives get plagued resulting in poor implementation. Impact of which is borne by girls who have to cross several hurdles to secure their education in the first place.

Muzaffarpur, a well-known district of North Bihar, also declared a smart city, is one such region that is facing poor implementation of such initiatives. Considering the challenges faced by school and college going girls, the need of the hour is to make sanitary pads and other hygiene management products easily available and accessible across the city. The education institutes, however, with no such facilities, should be the priority. Although the union government is planning to install sanitary napkin vending machines in schools and colleges, using which girls can acquire pads at a very low price (`5), the awareness among school and college going girls regarding the existence of such a machine would be a big hindrance.

Mahant Darshan Das Mahila College (MDDM) is an only-women institute in Mithanpura in Muzaffarpur. Despite being one of the oldest and famous women colleges in North Bihar, the premises of this institute lack facilities of MHM for its students. The students, on the other hand, lack awareness towards the menstrual cycle and its management.

As part of Student Union initiatives, a pad vending machine was installed in the college a few years ago but no awareness campaign was run for the same. A very small proportion of girls were aware of this machine. According to Supriya, the Student Union Representative, “The pad vending machine was installed around two years ago, but it turned out to be of no use. While some girl students acted as miscreants, the carelessness of administration was also responsible as the machine was left unattended. The principal and other college officials who should be responsible for providing and maintaining such facilities were themselves unaware of the existence of the machine.”

Misery of the MDDM college is shared by Chapman Girls Government School located at a short distance from MDDM. The girls at this school had started benefitting from the pad vending machine but the convenience was short-lived. The negligence of the school administration and lack of maintenance of the machine has rendered it useless. The lack of awareness of the long-term impact of unavailability of MHM products on lives of girls is considered to be one of the major reasons behind this callousness of the administration.

There, however, a few institutes who are trying to break this uncomfortable silence around MHM. In such institutes, vending machines have not only been installed but they are being maintained and managed properly.

Sunshine Preparatory/High School, a private institute in Sherpur on the outskirts of Muzaffarpur city, is one such example. Here, girls have easy access to sanitary pads and other facilities required for proper hygiene management. Another institute making an effort in this direction is the newly constructed Government High school in Musahari block. Here, girl students are being educated about the entire process of menstrual cycle and its hygiene management using a handbook called Paheli Ki Saheli. This school is also diligently following the State Government’s directive to provide monetary support to girl students to buy pads on their own. This reflects how these government initiatives are being implemented in some of these institutes without any hiccups.

Talking about periods as a biological process, Dr Kalpana Singh, a senior gynecologist from Patna, shared that every month a female body undergoes hormonal changes. “The hormones cause the lining of the uterus to build up. If there is no fertilised egg, the lining breaks down and blood gets discharged from the uterus. The process, repeated every 28-days, is known as menstruation cycle. Every girl should be prepared to accept these changes in her body and should be educated about this process before they attain puberty,” shared Dr Kalpana.

She also stressed on the need of educating families about menstrual cycle as this will make life easier for adolescent girls. She also stressed upon the harm caused by unsafe practices like use of dirty clothes, not washing hands using soap after changing cloth/pad, unavailability of toilet etc. All these unsafe and unhygienic practices can lead to serious reproductive issues among girls and women. She recommended that pads should be changed from time to time in order to maintain cleanliness and hygiene.

On one hand, films are made on menstruation, netizens take up the ‘Red Dot’ challenge and on the other, it is sad to catch sight of girls facing trouble in receiving education due to taboos and shame associated with periods. It is imperative for society to outgrow the social taboos around menstruation and make it normal rather than a matter of shame.