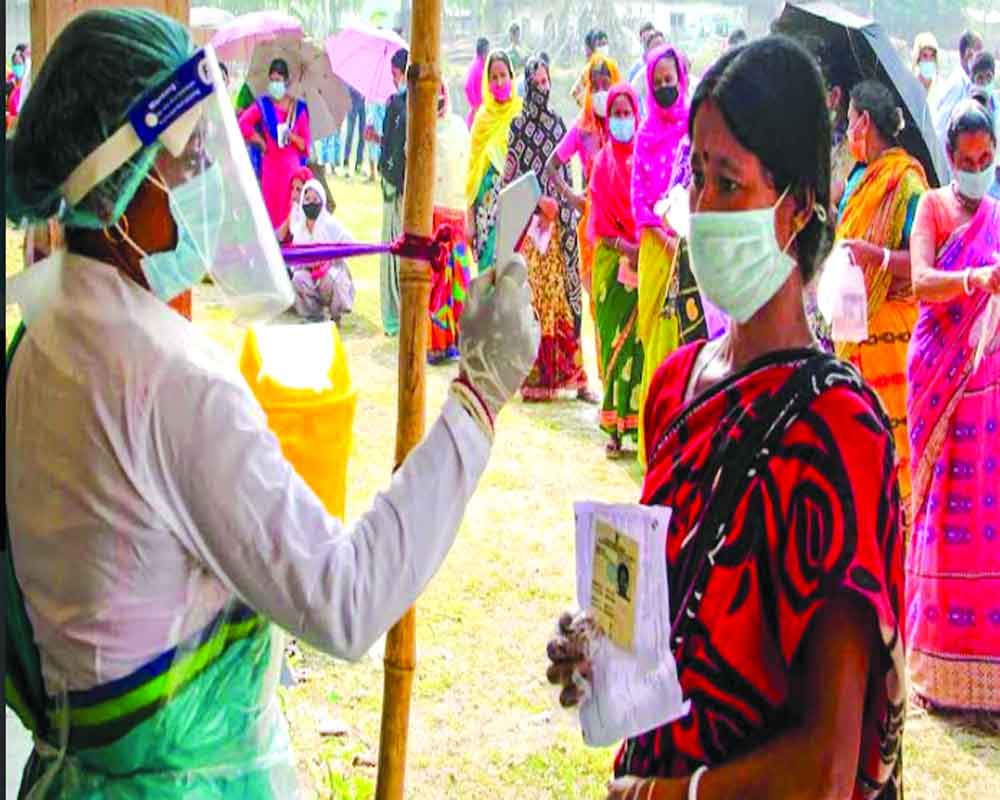 The flawed healthcare system means that villagers are forced to look for other credible alternatives, says Amritanj Indiwar

Last week, the World Health Organisation (WHO) reported a 13 per cent decrease in new COVID-19 cases in India. However, the number of new infections in the country remains the highest in the world. As the pandemic continues to hold sway over large swathes, rural areas with no proper health infrastructure are bearing the brunt. This has forced villagers to turn to quacks (medical practitioners who have received no formal training) for treatment.

The lack of information about government hospitals, medicines, treatments and vaccinations has affected the regulation of the virus in rural areas. Furthermore, the villagers’ concerns have been heightened by the fact that there are few or no doctors in the government hospitals in their areas. In such a situation, the quacks have assumed a larger role, ironically so, in several villages across the country.

The situation in Bihar’s Muzaffarpur district is no better. The district has the highest number of reported cases in the country. While the government reported 208 COVID-19 deaths between April 1 and May 20 in the district, according to a report published in an online portal, 315 people were cremated at Muktidham crematorium during this time. The rural areas of Sikanderpur, Mothijheel, Town Thana, Khabda, Ramdayalu, Patahi, Bhagwanpur, Patahi, Bhikhanpura and Mushahari block were most affected. The lack of proper treatment resulted in the death of many patients in these areas. Ragini, a resident of Alkapuri colony in Muzaffarpur, expressed that people were terrified at the mere mention of COVID-19.

“Those who test positive are isolated in rooms. However, because the virus is highly stigmatised, the infected person is not treated well by the public. Imagine the situation of the infected families without any support from their neighbours,” said Ragini.

Ankush Singh, a resident of Manika village in Mushahari block, while expressing widespread fear among the rural population, added that even after he recovered from the virus, no one was concerned about his well-being. He also pointed out the unprofessional behaviour of the staff at block hospitals. “Both my brother and I had tested positive. After several attempts to be examined, the doctor at the block hospital prescribed medicines like Paracetamol, Doxycycline and vitamins with no guidance or concern for patients,” Ankush informed. According to him, chemists and quacks are more concerned than doctors about the well-being of the villagers.

In Paru block, which reported several positive cases, dispensary employees and quacks were treating people. Accepting quacks as the first line of defence against COVID-19, District Councilor, Devesh Chandra stated that they are a lifeline for more than 50,000 people in the block. These quacks, who do not have medical degrees, but practice medicine based on their practical experience, have kept the situation in the villages from going haywire.

Quacks Balram Shah, Umesh Prasad, Ganesh Pandit, Asharfi Bhagat, Parmeshwar Prasad, and others in Paru Block had decided to come forward and assist the villagers. “Whatever medical experience we have gained over the years, the villagers are benefiting from it. The situation was such that people were scared and unwilling to get vaccinated and, therefore, we decided not to leave them under such circumstances. We are likely to get infected in the process, but helping people is the need of the hour,” said these quacks. The block medical officer, on the other hand, stated that trained healthcare workers are going to villages for inspection, vaccination, and to provide medicines on a regular basis. At the block level, consultation, medicine and inspection are available.

Regardless, the pandemic has undoubtedly exposed the condition of health infrastructure in rural areas. The situation in Bihar’s Vaishali district is also similar. Basant Kumar, a homoeopathic practitioner from Chaklahlad village in Vaishali district, while sharing his experience, said, “I went to the block health centre to get the rapid antigen test done. The centre was crowded with no COVID-19 guidelines being followed. Although I had registered myself, due to the huge crowd, I had to return without getting tested. Two days later, I received a message on my mobile number informing me that I had tested negative. I was shocked to receive that message.”

Basant claimed that several people in his village received negative reports without being tested. He believes that even in medical colleges, Covid positive patients are not being cared for. Villagers have become hesitant about visiting government hospitals and started relying on these quacks.

It should be noted, however, that the purpose of this article is not to recognise or glorify quack doctors. But, at the same time, it is equally important to note that if properly trained, these quacks can play a critical role in reaching out to villagers. The government should consider training these quacks on COVID-19 protocols and benefitting from their knowledge and the relationship they share with villagers in creating awareness about preventive measures and vaccination in these hard-to-reach areas. West Bengal government has already ordered to train and tag quacks with health workers to help in surveillance so that the COVID-19 treatment (of patients) can start early; specifically in remote rural areas where proper doctors are not readily available. If successful, other states should also follow suit.