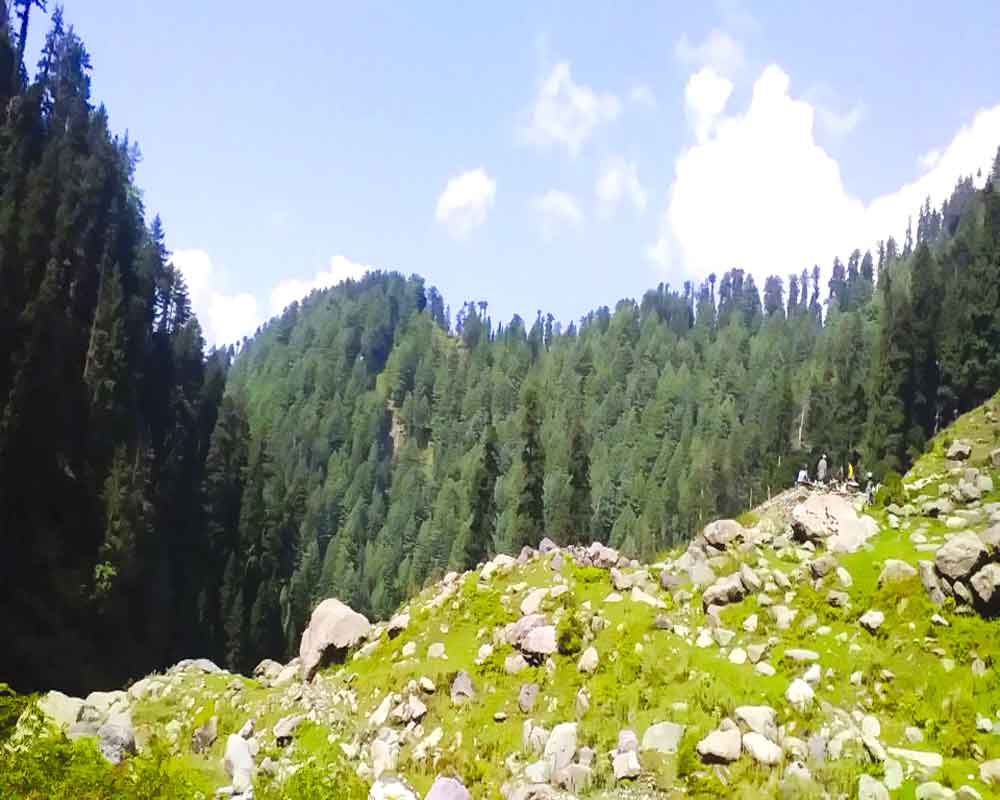 Exploring the tourism potential of Loran will promote the development of the area and its inhabitants. It will not only generate jobs but will strengthen the economic condition of the people, finds Salma Razi

Loran, a non-descript village located in Mandi tehsil in the border district of Poonch in Jammu and Kashmir, is one of the most mesmerising places in the country. Tucked away in the foothills of the mighty Pir Panjal range, this place is approximately 32 kilometres from Poonch city. Many places in Loran, such as Molsar Saran and Nandishool Falls, offer a breath-taking view. Although these areas have all the features to attract travellers from across the globe, many would not prefer to visit due to a lack of even basic facilities.

Approximately ninety five percent of Loran is mountainous and glacial, with forests covering the remaining fifty to sixty percent of the land. Currently, only six to seven percent of Loran’s population is engaged in formal occupation, while the rest is engaged in cultivation and daily labour. Considering the place is endowed with beautiful valleys and waterfalls, it has high potential to excel in the tourism sector, meanwhile producing employment for the locals.

Anjum Chaudhry, 25, a local from the village while reflecting on the role of the administration in promoting Loran, said, "Exploring the tourism potential of Loran will promote the development of this area and its inhabitants. It will not only generate jobs but will strengthen the economic condition of the people.”

The valley is quite captivating, surrounded by lush green forest. Kamran Bashir, 70, the Sarpanch of Loran, stressed that although there are some facilities to accomodate tourists in the region, they aren’t enough. "The tourism department has built a guest house, where tourists mostly stay, but the building is right next to the Loran headquarters. No such arrangements are in place for tourists at places like Chinara Bella Sethi, Charkhari Ziyarat, Saran, Sib and Dinah. These are the places with great potential for tourism, " he informed.

Nandishool Waterfall - pride of Poonch, is another unique tourist attraction in Loran that lacks basic facilities. Talking about it, Tanveer Ahmed Tantre, 26, another local from the region, said, "The mesmerising Nandishool Waterfall is not on the tourist map yet. No huts or roads have been built there, and no other facilities have been provided." As there is no place for shelter, people do not bother to visit the place again, he added.

In recent times, the administration has been mulling over promoting border tourism. As per a report, in September this year, Ajay Bhatt, Minister of State (MoS) for Defence and Tourism, while visiting the border district of Kupwara in north Kashmir, said that in future, border tourism would be opened soon. This brings hope to the people in these regions as it will significantly reduce the unemployment.

Chaudhry Riyaz Naz, the District Development Council (DDC) member of Poonch is hopeful of tourism in Poonch. "Several projects have been handed over to the administration. The work on these projects will commence soon after the approval of the administration and all possible facilities will be available to tourists," he said.

Giving an insight on the projects in pipeline, Tanveer Ahmed, the Chief Tourism Officer (CTO) of Poonch, said, "In these two years, I have worked in various places in Mandi and Surankot tehsils of Poonch district. Especially in Mandi Tehsil, a lot of work has been done by the tourism department. A project for Jabi Tooti has been prepared and a big field has been constructed at Arai Top in Mandi," informed the CTO.

There is no doubt that in the last few years, tourism has been promoted in various places in Poonch District’s Mandi Tehsil and the administration is engaged in its continuous efforts. However, the pace of work needs to be accelerated. It is also essential that the development authorities promote sustainable, ethical and ecotourism. While border tourism can boost the country’s economy, it will also help in creating jobs for the locals and make them self-reliant without having to migrate from their regions.