The bread takes the cake

The bread takes the cake 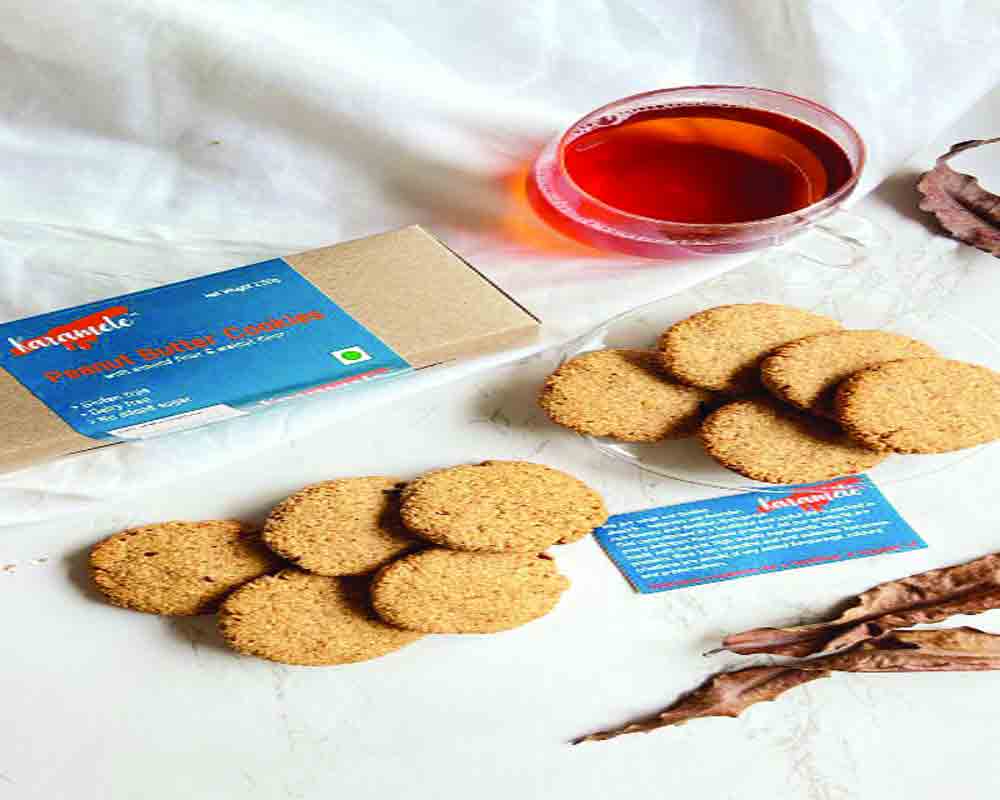 Foodies who want to watch their weight or just eat healthy can head to Karamele for its all-vegan menu, says Saimi Sattar

Many moons ago, when I was in middle school, unlike all good convent-educated girls of the time, I did not show any interest in cooking. The only exception was baking, which I loved. While many of my tastes and interests might have changed, this one has sustained to date. And a new bakery in town inevitably evinces my interest and more so if there is a twist to the fare on offer.

So, when I heard of Karamele, an all-vegan bakery, I naturally looked forward to digging in. The venture by nutritionist and dietician, Kanupriya Khanna, aims to educate and encourage patrons to eat healthy without compromising on taste or curbing their cravings. Moreover, since the pandemic the shift to healthy eating has become of utmost importance, such a venture has tapped into a market that is on the upswing. The brand initially promised only healthy cakes and muffins but has now branched into breads, cookies, granolas, ice-creams and pizza bases.

Trained as a Nutritionist at King’s College in London, Kanupriya has worked at Bombay Hospital, Hinduja Hospital, Jaslok Hospital and as a chief dietician at Fortis La Femme. It was a mix of her professional life, where she helped her patients eat right, and her experiments in the kitchen, where she tried to satisfy her children’s cravings to create wholesome recipes, that led to the evolution of different offerings of the brand.

A word of caution before you order. The flip side of having healthy bakery products (if you consider it to be that), though, is that without the preservatives, the food starts going stale faster. But then, that is the entire point — to eat food that is fresh, healthy and minus additives.

So, over the weekend I decided to sample an assortment of bakes from the brand. The first on the list was Eggless brownies, which packed a dark chocolate punch. Unlike the chewy ones, these were super soft and absolutely non-crumbly. What came through was the taste of chocolate, which was rich without sitting heavy on the gut, that is the norm if we partake decadent ones.

Next up were two cakes — a carrot and an orange. Mildly sweetened with jaggery, these had replaced the all-purpose flour with sorghum in the ingredients. And trust me, you won’t miss it one bit. Since I am partial to oranges, it was the latter which I preferred with its slightly citrusy flavour. However, both of them were flavoursome as well as moist and just the perfect accompaniment to evening tea.

The Granola with quinoa and honey had rolled oats, dry fruits, nuts and seeds, each of, which added textures and flavour to the offering. Best had as a snack when you are feeling peckish in between work.

I reached out for Peanut butter cookies the next morning as the ingredient is something that I can have by the spoonfuls. Made out of flours of oats, almond and walnut and additions of flax seeds, dried cranberries, honey and peanut butter, these reminded me of old-fashioned goodness that was a given in products that were made at home by our mothers and grandmothers for it was chewy, with just a hint of sweetness. But I found the name somewhat misleading. Where I had hoped for a full-on blast of peanut butter and being satiated, I found it was a barely-there whiff.

So, I ferreted out the Gluten-free and vegan bread with mixed seeds which was neatly packed within the folds of paper. The label stated that it was free of additives like potato and arrowroot starch. It was here that I was pleasantly surprised. It toasts evenly and whether you have it lightly buttered or as a grilled sandwich, it was spectacular. Given that it again taps into sorghum for its main ingredient that, indeed, is something that you can look forward to for a healthy start to the day. This has all my heart (and tummy).

Definitely, worth a try by the health junkies who are easily tempted by the pleasures of the tongue. You just might find your balance here.