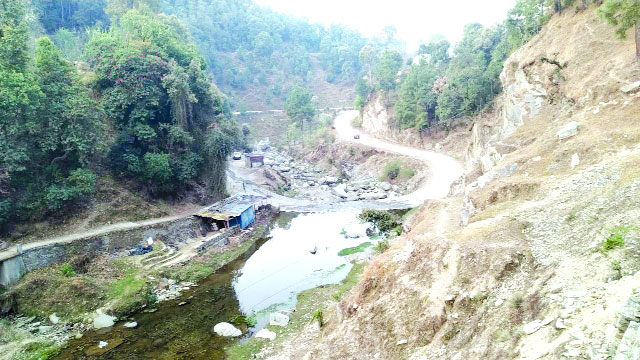 Despite the multiple reserves in Uttarakhand, the uneven distribution has led to scarcity in several districts, says Pankaj Singh Bisht

How long can one live without water? Today, the world is threatened with questions of existence without water. Worst scenarios are being drawn by professionals to make people aware of the eminent water crisis. Many believe that the water crisis could lead to World War III. Little battles, however, are being fought every day. Regions, which were once abundant with water resources, are struggling for fulfilling their basic requirements. Uttarakhand — the northern hilly state — has been blessed with Himalayan glaciers, rivers and lake water which is supplied to both the state and the rest of the country. Despite the multiple water reserves, the uneven distribution of water has led to scarcity in several districts.

Summer season brings along a stressful period for the residents of these districts. Till a few years ago, the month of May or June marked the beginning of the scarcity of drinking water. This year, however, saw a change in that trend as the distress period started in February itself. This scarcity is believed to be caused by very little rain and snowfall during the last year. The root causes for this scarcity are more complex than what we are made to believe.

Unsustainable development at the cost of the environment has created this mess in the mountains. The lush green forests are now being turned into concrete jungles with unchecked construction taking place in the most vulnerable regions. One can spot giant construction machines in the most fragile areas. The entire ecosystem is at the receiving end as several rivers are being damaged by the rapid construction. In tribal areas, sale of agricultural land is at its peak. The demand for water at these construction sites is being fulfilled through illegal actions. The private builders drill an underground bore to pump water to these sites using motors. This activity obstructs the underground streams leading to drying of the natural water bodies.

As a result, there is a severe water crisis looming large over the state. The drinking water is not available to fulfill the needs of the locals. In Dhari and Ramgarh Development Blocks of Nainital district, there is a huge public outrage. The unavailability of water in most of the drinking water pipelines operated through Uttarakhand Jal Sansthan has made the situation worse.

The Dadoligad Drinking Water Supply Scheme was launched to cater to the needs of five  villages in the region — Parbada, Majhera, Chokhuta, Gajar and Bana in block Dhari. The residents of these villages, however, allege that the staff of Jal Sansthan instead of supplying water to their villages, sell it illegally to the hotels and builders of the area. The locals get only 50 to 60 liters of water in 15 to 20 days despite having access to water connection legally.

“A total of 44 drinking water projects are being operated in 41 villages of the Dhari Development block. The Jal Sansthan has offered 2,100 individual connections as part of these schemes which supplies drinking water to about 3,000 families. All this water is pumped from the local rivers which are fed by rain. These rivers will not be able to meet the needs of the locals if there will be no rain in the next 15 days. The pipelines will be completely shut,” informed Assistant Engineer-in-Charge, Harish Chandra Dwivedi. The alternative, he suggested, is to provide water through tankers to people residing in areas connected via roads.

What about communities residing in areas tucked away in the mountains with no access through roads? To understand how the government is planning to address the issue of water scarcity in Dhari block, the writer came across the proposed ‘Jal Jeevan Mission’ by the Central Government. The scheme is envisioned to provide safe and adequate drinking water through individual household tap connections by 2024 to all households in rural India. As part of it, the State Water Department has planned to upgrade the same old 44 drinking water schemes of which 15 are already on the verge of closure.

As per the records received from Jal Sansthan, till date, around 500 new applications for connections have been received and accepted under the ‘Jal Jeevan Mission’ mission in Dhari block. This connection, available for only Rs 1 to the public, is to be mandatorily provided by the department. To fulfill the demand, these new connections are being provided through the existing lines which are already overburdened. Since there is no or little water left in these pipes, this scheme is being run successfully only on papers.

The locals, owing to their limited knowledge and awareness, believe that nature is to be blamed for insufficient rainfall. They had limited or absolutely zero knowledge about the existing schemes aimed at increasing ground water levels, rainwater harvesting, etc.

The current situation is a result of years of negligence towards the root causes of the issue. Instead of strategic planning and aiming for sustainable development, we are merely replacing older schemes with newer ones. The water woes of the residents of the Dhari block is only the tip of the iceberg. The situation is alarming at the state level and the role of locals cannot be denied.

The locals should contribute to the ongoing efforts of both the government and non-government organisations by becoming more responsible than ever. Saving water should be the motto of each and every villager. They should take initiatives like harvesting rainwater using traditional knowledge. By taking such initiatives, they will be in a better position to provide solutions to the government.