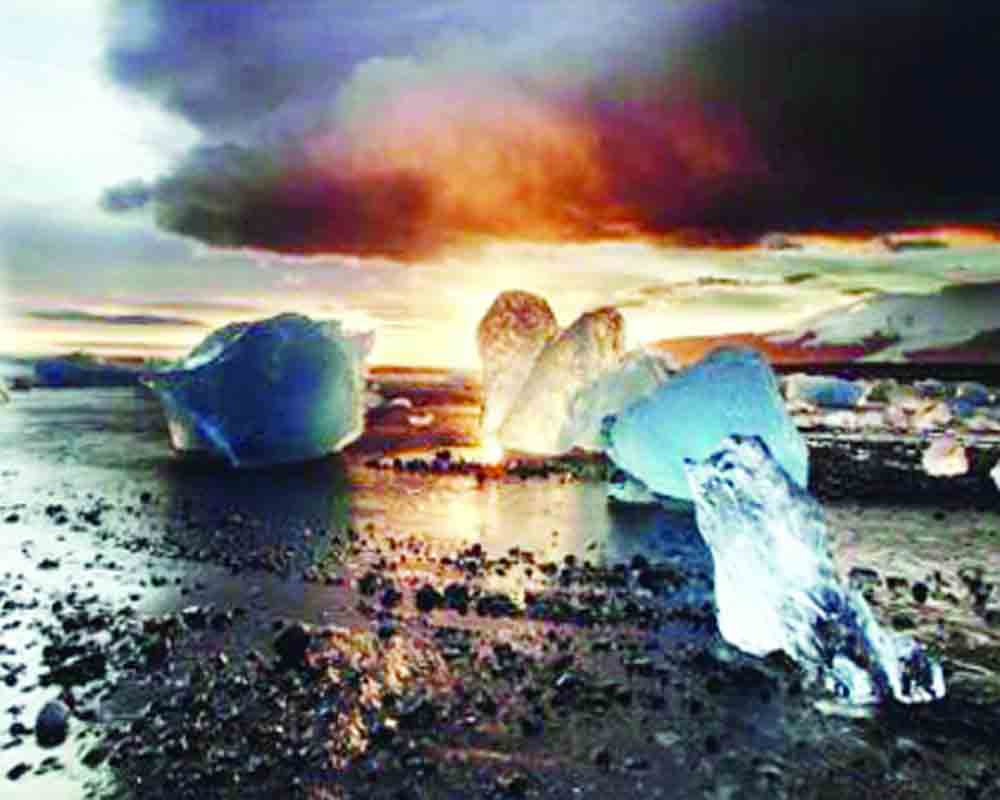 Pristine, an online exhibition of photographs by Navin Sakhuja, opthalmologist opened on September 6. First published in the IIC Quarterly, Autumn 2017 issue, the photographs engage with the power and beauty of nature. Dr Sakhuja in his art practice has been fascinated by, and is drawn to, the unknown, the unexplored, and the untouched, pristine and desolate parts of the planet. The photographs on view cover three different visits to the Arctic Circle, Iceland (2010); Antelope Canyon, Arizona USA (2010); and the Great Namib Desert, Namibia (2015).

Where: The live event will be aired at 7 pm on the organisation’s official social media accounts.

A group exhibition featuring eminent contemporary artists from Bengal and showcasing the cultural richness of the region, The Joy Of Bengal, is presented by Art Magnum, Debovasha Art Gallery and 108 Projects. Bengal has been the epicentre of arts in India since the germination of the Bengal School in the early 20th century. Its relevance as the cultural capital of India has increased manifold considering the challenges posed by both the domestic scenario as well as the international situation.

Mai Ghat (2019), a Marathi film directed by Ananth Narayan Mahadevan, portrays the true story of a mother’s protracted 13 year fight for justice for her son who was tortured to death in custody, resulting in a historic death sentence for the guilty policemen

The film was a recipient of the Silver Peacock for Best Actor-Female at the International Film Festival of India (2019); and Best Cinematography Award at the Indian Film Festival of Cincinnati (2020).    When: 6:30 pm, September 16