Why India needs more women on the internet

Why India needs more women on the internet 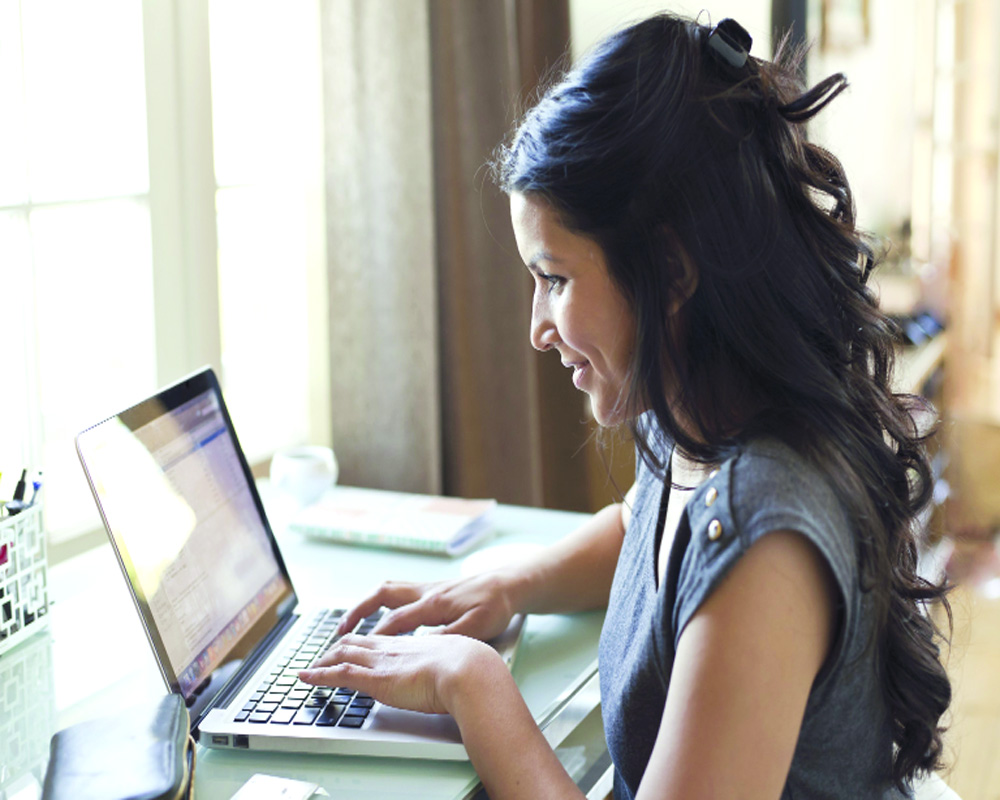 Women are 50 per cent less likely to have access to the world wide web than men, depriving them of benefits of information, knowledge and ingress to jobs

We all know that there is a correlation between gender equality and the digital gender divide. However, until recently, the direction and quantum of that correlation has been unclear to me.

A research published in the US National Academy of Sciences in 2018 studied Facebook data of over 1.3 billion users from over 120 territories around the world to understand the impact of Facebook on gender equality. The study found that in countries where there was a smaller gender gap on Facebook in 2015, gender equality in that country improved the following year. However, the reverse was not found to be true. The study concluded that a lower gender gap on Facebook was more likely a contributor to gender equality than a product of it.

Having said that, the digital gender gap in India stands at 50 per cent — which means that women are 50 per cent less likely to have access to the internet than men, depriving them of benefits of information, knowledge, access to jobs and markets, peer support and more.

Here is an example of how a ‘legit’ use case of social media can transform lives. This is the story of Savita — an uneducated middle-aged farmer from Maharashtra. A few years back she got exposed to the internet and Facebook. She was fascinated by its potential. She wanted other farmers to learn what she had. So she started an online Facebook community using a basic feature phone. In under three years, she has one million farmers in her two groups — women farmers who access information and capital, share best practices and support each other in times of crisis — all through an online group. What Savita achieved with just a feature phone and zero funds is more than what many NGOs achieve through large funded programmes. This is a true example of what technology can do for women’s empowerment. And how a ‘legit’ use case can reduce women’s barriers to internet access.

So how did Savita do what many large, funded NGOs are unable to do?

Before we get to how, it’s important to understand what she did. She created a disruption. Traditional development experts would gravitate towards the proven model of self-help groups — small physical groups of 10-15 women who meet weekly. Self-help groups are proven enablers for empowerment and social change. But at the end of the day those 10-15 women are from the same village, same community and hold similar norms. The reference group is small and static. The moment we bring millions of women from other villages, even other states, to the same group -- it completely changes and dramatically expands the reference group. It allows new ideas to blossom, new norms to thrive.

A Facebook group called Pune Ladies (PULA) brought together aspiring women entrepreneurs and that has led to over 9,000 women to start their own businesses or grow their existing business. Digital Beti, a partnership between Facebook and CSC academy has trained over 2,50,000 women village level entrepreneurs, 70 per cent of whom were first time digital users, in basic digital skills. The programme led to an average increase of 20 per cent in the annual income of these women. Many of these outcomes are not possible at this scale, cost and speed without technology. And Savita understood that.

Technology is one of the greatest enablers of change. We all saw that during COVID-19. But we need to approach it with confidence not fear, with vision not hindsight. Try to think about where the future is headed, the disruptions that are already happening and how legit use cases are breaking down normative barriers for women’s access to the internet. Savita does not need to be an exception. While big organisations imagine the disruptions that will empower millions of women rapidly and exponentially each of us can play our small part too. Introducing a woman farmer, a house-help, a young student or a village level entrepreneur to relevant, legit use cases on the internet can transform their lives. And with every woman who joins the world wide web, the world becomes a better place.

(The author, Siddharta Swarup, is Lead, Social Impact and Communities at Facebook India.)