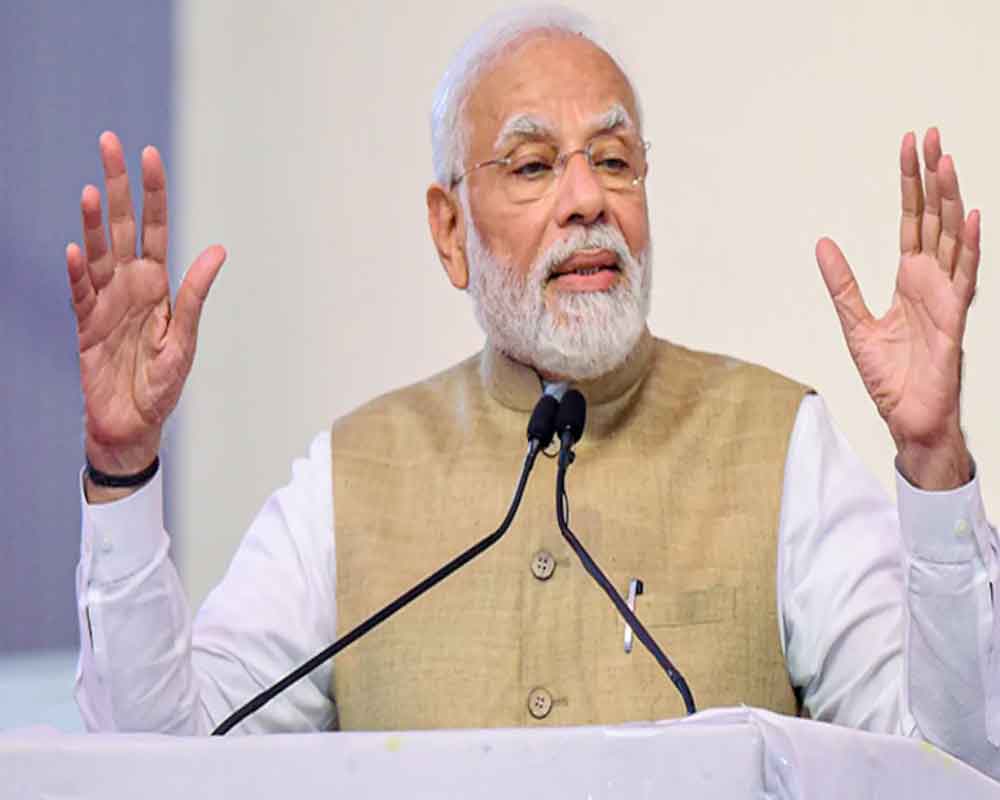 Prime Minister Narendra Modi on Monday said that milk production in the country has gone up to 210 million tonnes from 146 million tonnes in 2014, which is an increase of 44 per cent.

Addressing dignitaries after inaugurating the International Dairy Federation World Dairy Summit 2022 in Noida, Uttar Pradesh, Modi said that as compared to 2 per cent production growth at the global level, India is clocking 6 per cent growth in milk production.

He informed that the government is working on developing a blanched dairy ecosystem where challenges of the sectors are being addressed along with a focus on increasing production.

"Extra income for the farmers, empowerment of the poor, swachhta, chemical-free farming, clean energy and care of the cattle is interlinked in this ecosystem," he informed.

The Prime Minister pointed out that unlike other developed countries of the world, the driving force of the dairy sector in India is small farmers. India's dairy sector is characterized by "production by masses" more than "mass production", he said.

India is the largest milk-producing country on the basis of the efforts of these small farmers with one, two or three cattle. This sector provides employment to more than eight crore families in the country, Modi informed.

He reiterated that there is a huge network of dairy cooperatives in India and one cannot find such an example in the whole world elsewhere.

The Prime Minister further informed that these dairy cooperatives collect milk twice a day from about two crore farmers in more than two lakh villages in the country and deliver it to the customers. He underlined the fact that there is no middleman in the entire process, and more than 70 per cent of the money that is received from the customers goes directly into the pockets of the farmers.

"No other country has this ratio in the whole world", he added, while underlining the efficiency of the digital system of payment in the dairy sector and said that it has many lessons for other countries.