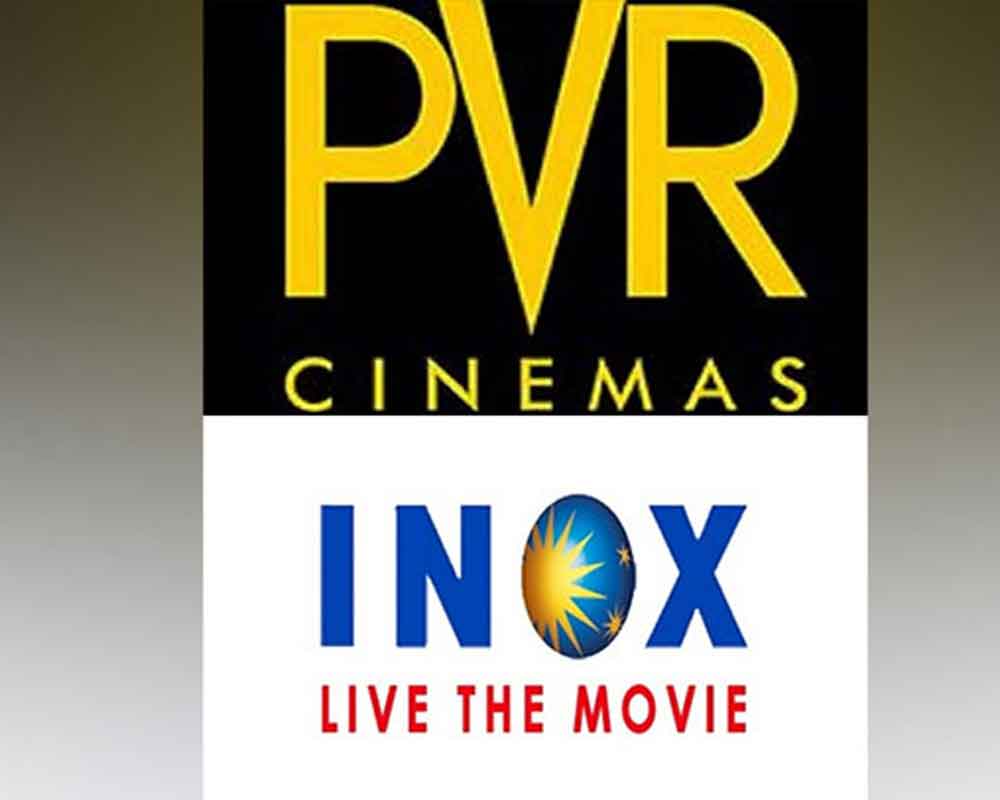 Leading film exhibition players PVR Ltd and INOX Leisure Ltd on Sunday announced a merger deal to create the largest multiplex chain in the country with a network of more than 1,500 screens.

The announcement comes at a time when the film exhibition industry has been impacted by the COVID-19 pandemic and significant pressures on the theatrical business from the accelerated growth of digital OTT platforms.

The combined entity will be named as PVR INOX Ltd with the branding of existing screens to continue as PVR and INOX respectively. New cinemas opened post the merger will be branded as PVR INOX, it added.

As per the agreement, INOX will merge with PVR in a share swap ratio of 3 shares of PVR for every 10 shares of INOX.

"Post the merger, the promoters of INOX will become co-promoters in the merged entity along with the existing promoters of PVR," the filing said.

When the merger comes into effect, the board of the merged company would be reconstituted with total board strength of 10 members and both the promoter families having equal representation on the Board with two board seats each.

The merger will unlock significant complementarity and growth potential and offers compelling revenue and cost synergies, the statements added.

Explaining the rationale behind the merger, PVR CMD Ajay Bijli told reporters that the pandemic bruised the film exhibition industry quite badly for the last two years and the “decibel level of OTT platforms also increased” challenging the industry.

“We believe that India is a market where the number one form of entertainment for people is to go out and watch movies on the big screen (and it) still remains (but) that got impacted. We felt that by coming together of two brands who have the same vision, a qualitative approach towards giving a great consumer experience and strengthening our balance sheets will only propel the industry forward and make sure that the exhibition sector continues to thrive,” he added.

Bijli, however, asserted that the challenges of the last two years were not the trigger for the merger saying “this industry has always grown organically and inorganically consolidation, mergers are not something new to this industry”.

Bijli said the film exhibition sector has been one of the worst impacted sectors on account of the pandemic and creating scale to achieve efficiencies is critical for the long term survival of the business and fight the onslaught of digital OTT platforms.

INOX Leisure Ltd Director Siddharth Jain said, ”As we head into the industry's revival amidst headwinds, this decisive partnership would bring in enhanced productivity through scale, a deeper reach in newer markets and numerous cost optimization opportunities, and continue to delight cinema fans with world-class experiences and landmark innovations.”

When asked when the deal is expected to be completed, he said, ”I think about six to nine months for the entire procedure.”

The two companies said while strongly countering the adversities posed by the advent of various OTT platforms and the after-effects of the pandemic, the combined entity would also work towards taking world-class cinema experience closer to the consumers in Tier 2 and 3 markets.

"The amalgamation is subject to approval of the shareholders of PVR and INOX respectively, stock exchanges, SEBI and such other regulatory approvals as may be required," it said.Bijli said the merged entity would also own PVR Pictures, the film distribution arm of PVR Group.

“The combined entity will become the largest film exhibition company in India operating 1,546 screens across 341 properties across 109 cities,” the filings said.

Inox Leisure had a turnover of Rs 148 crore including other income of Rs 42 crore for the financial year ended March 31, 2021. Its total assets are worth Rs 3,784 crore.

The merger will provide consolidation for the long-term sustainability of the business and also create value for stakeholders, the two companies added.

Once the merger becomes effective, in addition to the existing promoters of Inox, GFL Ltd and Inox Infrastructure will be classified as the ‘Promoters' of the Transferee Company PVR.

"Upon the Scheme becoming effective, and in addition to the existing promoters of the Transferee Company, GFL Limited and INOX Infrastructure Limited will be classified as the ‘Promoters' of the Transferee Company," it said.EY is the exclusive financial advisor on the transaction. Dhruva Advisors and Khaitan & Co acted as the transaction tax advisors and legal advisors respectively to INOX.