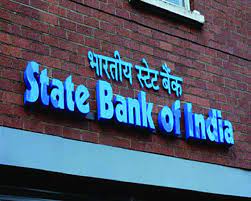 Amidst liquidity tightening and a decadal high credit growth of over 18 per cent and deposit growth falling way behind, a report has warned that banks are not adequately pricing their risks from both asset and liabilities sides.

Liquidity crunch is primarily because the Reserve Bank has been sucking out funds from the system as it fights to tame inflation which has been much above its band of 4 per cent for the past 10 months of the year. This has prompted the RBI to frontload its inflation fight by increasing the policy rates by 190 basis points to pre-pandemic levels since the war on Ukraine began.

The average net durable liquidity injected into the banking system in April 2022 was Rs 8.3 lakh crore, which is nearly a third of that now at Rs 3 lakh crore. Atop this, the government has spent a large part of its cash balances in the Diwali week, and as a result the net LAF (liquidity adjust facility) in the system, which was hitherto negative, has improved of late. Bonus payments by the government and the private sector also helped.

Even as the banking system has moved closer to a calibrated liquidity coupled with higher signaling rates, one thing has still not changed is that credit risks are not getting adequately priced in, even as credit demand is at a decadal high and liquidity remains significantly downsized, argues Soumya Kanti Ghosh, the group chief economic adviser at the State Bank of India, in a report.

According to the report, what is still intriguing, however, is that even as the banking system is witnessing net LAF deficit, market sources point out that risk premia over and above core funding cost are not fairly acknowledging the inherent credit risk.

For example, short tenor working capital loans for less than one year are given at lower than 6 per cent and are linked to one-month/three-month T-bill rates, while 10- and 15-year loans are being priced at less than 7 per cent.

The average core funding cost of the banking system is at around 6.2 per cent now, while the reverse repo rate is at 5.65 per cent. No wonder, banks are currently engaged in a fierce war to raise deposits, with rates being offered up to 7.75 per cent in select maturities. Additionally, banks are now mobilising certificates of deposit (CDs) at rates as high has 7.97 per cent for a 360 days paper. Further, a few banks have raised CDs at 7.15 per cent for 92 days.

Thus a significant part of the funding gap is also being made up by CD mobilisation. The outstanding CDs stood at Rs 2.41 lakh crore on October 21, compared to just Rs 0.57 lakh crore a year ago.

The CP market is also witnessing significant churn with primary issuances of the short-term paper coming down drastically to Rs 0.78 lakh crore after touching a high of around Rs 2.9 lakh crore in November 2021.

The report also notes that the good thing is that such pricing war for both fund raising and lending is mostly restricted to AAA-rated borrowers and ultimately it should also lower the risk weighted assets thereby lowering the capital requirements.

To nudge large borrowers to move towards corporate bonds market, the RBI had mooted the idea of normally permitted lending limit (NPLL) for them. But the current pricing trend is negating both this concept as well as the logic of tenor premium. Ideally, benchmark yields should move down if the risk is underpriced.

Interestingly, banks have adjusted deposit rates significantly upwards in October. Also, given that 45 per cent of bank deposits are the low-cost CASA (current account savings account), it is only the 55 per cent of the term deposits that need adjustments and hence ideally, the 190 bps increase in the repo rate could result in 105 bps increase in the deposit rates of the latter category.

Banks with better franchise and digital orientation will ensure that retail deposits triumph over wholesale deposit mobilisation in the long-run, coupled with the fact that meeting the liquidity coverage ratio or the LCR norms is the exclusive prerogative of mobilising only through retail deposits.