Six mn tons sugar export on quota basis till May 31

Six mn tons sugar export on quota basis till May 31 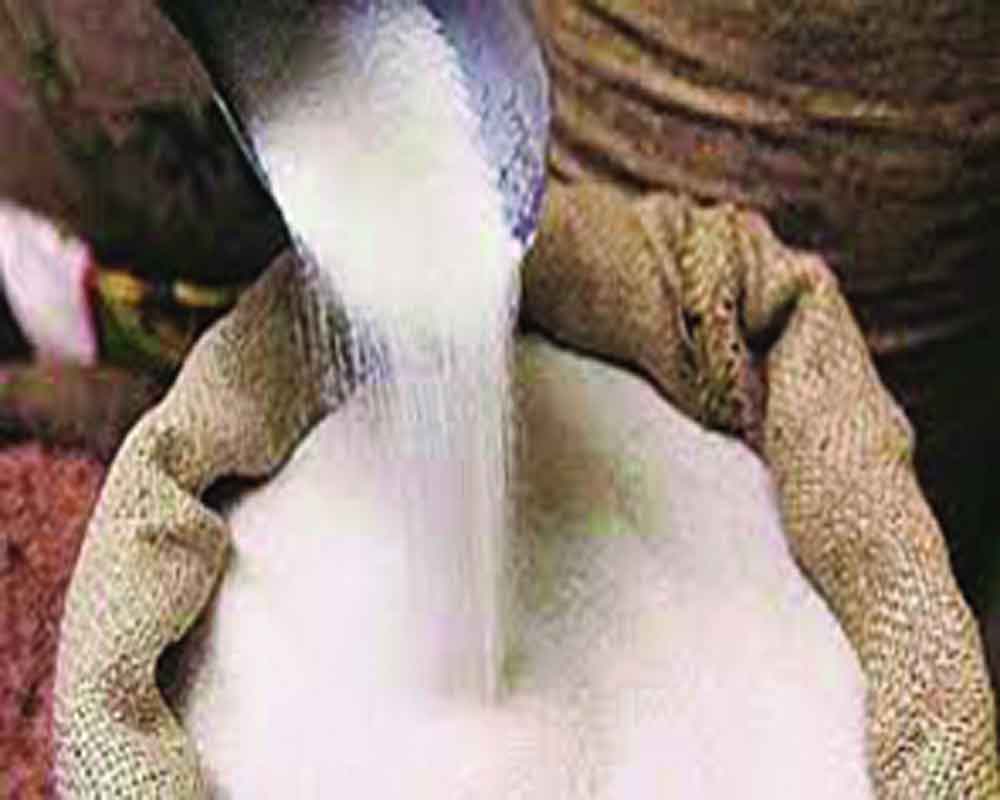 The Government on Saturday allowed export of 6 million tonnes of sugar on quota basis till May 31, according to a food ministry notification.

As per the notification, the ministry has allocated a uniform export quota of 18.23 per cent of the three years average production of the sweetener in operational sugar seasons. Sugar mills can export themselves or through exporters or swap with domestic sale quota of any other mills, it said. Sugar season runs from October to September.

"In order to prevent uncontrolled export of sugar or with a view to ensure sufficient availability of sugar for domestic consumption at a reasonable price, government has decided to allow export of sugar upto a reasonable limit with effect from November 1 till May 31, 2023," it said.

According to official sources, the first tranche of quota has been allowed only till May-end. Further allocation of quota for export will be decided based on the domestic sugar production.

The sugar production in the new 2022-23 season commenced in Maharashtra and Karnataka from October onwards, whereas in Uttar Pradesh and rest of the cane growing states, it will kick off in a week's time.

In October month alone, mills had manufactured 4.05 lakh tonnes of sugar, which was lower by 14.73 per cent from the year-ago period, according to cooperative body National Federation of Cooperative Sugar Factories Ltd.

The government had restricted sugar exports towards the end of the 2021-22 season (October-September) to ensure sufficient stocks for domestic consumption and prevent any rise in retail prices during the festive period. Despite restrictions, about 11 million tonnes of sugar were exported during the entire 2021-22 season, according to official data.

Sugar production stood at a record 35.92 million tonnes in the 2021-22 season. Maharashtra, Uttar Pradesh and Karnataka are the top three sugar producing states in the country.