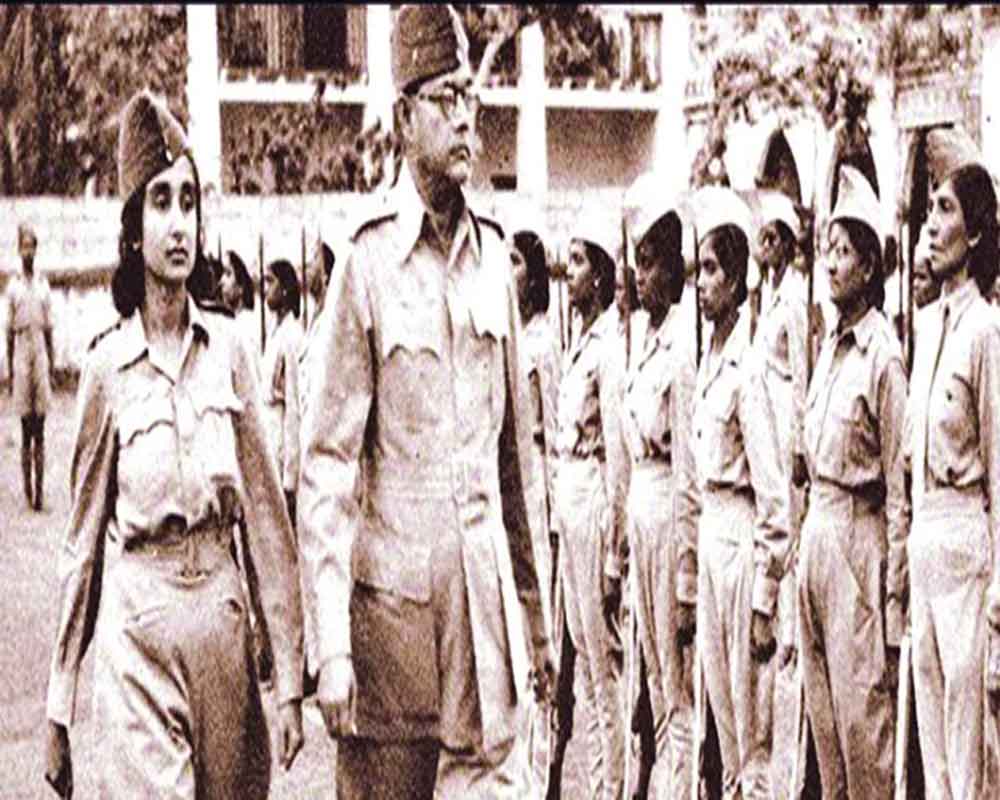 The Republic Day celebrations from this year will commence on January 23 to include and commemorate the 125th birth anniversary of Netaji Subhas Chandra Bose. Celebrated as ‘Parakram Diwas’, or the Day of Valour, observance of such milestone dates as incorporated by the Modi Government accords legends of our freedom struggle their rightful place in the annals of history. The previous regimes made scant efforts to rectify and apportion credit to the valorous sacrifices of Bose and his Indian National Army.

This is because India is indeed a great civilisation, but sadly we have had a poor documentation of our authentic history. History, as is said, is written by the victors. While our forefathers and a collective civilisation were the victors of Independence from the British Raj, unfairly, the history written in the immediate aftermath of 1947 credited Gandhiji and Nehru, obfuscating and relegating to the archives the monumental contributions of protagonists like Sardar Patel and Netaji. It is to the Modi Sarkar’s credit that the classified papers related to Bose were made public.

Bose is as relevant in 21st century India, so we need to mainstream his ideology into current day politics and governance. While a lot is known about Netaji’s contribution to the freedom struggle, we need to revisit Netaji s roadmap in governance priorities for a Free India. And, how exactly does a New India under the Modi Sarkar converge and reflect Netaji’s ideals?

Netaji had put forward a blueprint for the future of Free India in his famous Haripura address as president of the Indian National Congress in February 1938, and was known as the ‘pioneer of Indian planning’. Netaji’s roadmap comprised a rich legacy of ideas, ideals and dreams for a free India, and how the post-colonial nation should shape up socially, economically and in delivering governance. However, as the socio-economic and political order has undergone tectonic shifts since 84 years, it is only fair to say the incumbent Government may not have consciously adapted to Netaji’s vision in entirety, but the current priorities in many sectors I will enumerate, do bear his distinct stamp.

Firstly, Netaji had stated: “The moment India is free, our immediate priority is to organise national defence so that we may produce the arms needed for self-defence.” We find echoes of this in the PM’s Vijayadashami address last year wherein he proclaimed that the goal is to make India the world’s largest and strongest military power through indigenous defence production. India is now poised to become a mega defence manufacturing hub that will not only Make in India, but also export to the world. Besides, as Netaji was greatly in favour of women in the armed forces, this is today reflected in women being involved in combat roles as they command air force and army units.

Netaji’s priority after national security was alleviating poverty, unemployment and addressing agricultural indebtedness. As president of the All India Trade Union Congress in 1931, Netaji espoused the cause of labour, saying: “It is the State’s duty to provide employment to all, and where the State fails to perform this duty, it should accept the responsibility of maintaining every citizen.”

As Netaji was at the forefront of protecting labour rights and mitigating poverty, we see this reflected through the innumerable Yojnas, social sector and welfare schemes introduced by the Modi Sarkar that ensure that the unorganised labour, which comprises 84 per cent of the workforce, is assured a kind of Universal Basic Income and a basic Ease of Living. We do know that a lack of social security leaves the poor more vulnerable to economic shocks. Progress, therefore, implies that all sections of society must benefit equitably.

Netaji believed in egalitarianism and inclusive prosperity. In the true spirit of Sarvodaya and Antarodya, the PM targets to “achieve 100 per cent saturation in social sector schemes by 2024” so that last-mile delivery is achieved across Human Development Index indicators.

Modi stated: “Every decision by Bose in his life was towards freeing the country of foreign dominance, and aimed at making the country truly Atmanirbhar.” This ideal of Netaji finds reflection in the Government’s commitment to attain self-sufficiency through measures like Make in India and the PLI schemes that are creating a favourable ecosystem for manufacturing so as to make India the manufacturing hub of Asia. Whenever economic intensity increases in scale, it has multiplier effects in creating jobs and increasing prosperity, as a rising tide lifts all ships.

Netaji reminded citizens to never lose faith in the destiny of India. He aspired to raise India’s prestige to such an extent that a free India would be a force to reckon with in the global world order.

I will conclude by stating that achieving economic prosperity and enhancing our defence capabilities are the two most vital pillars for attaining global respect, which Netaji envisioned even before freedom was won.

India’s story is being re-scripted with an arduous zeal by the PM and his team. As a New India @75 emerges, we shall soldier on with single-minded focus inspired by Netaji’s call to action: “Badayey jaa, badayey jaa, Kadam kadam badayey jaa…” in our onward march to economic prosperity, and deliver this through Modi’s motto of “Sab ka saath, sab kaa vikas, sab ka prayaas”.

(The writer is the Chief Patron of the Netaji Bose INA Trust. The views expressed are personal).