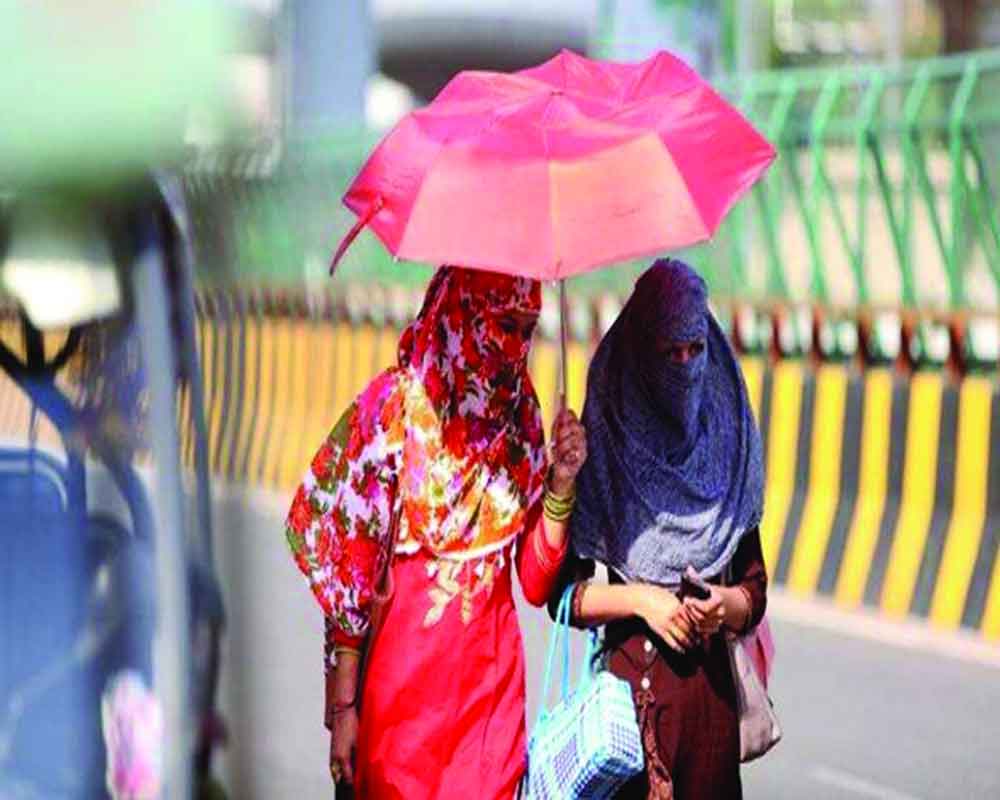 The effect of Cyclone Asani has waned. The moisture-laden easterly winds did lower temperatures for a couple of days in the north. The plains are back to witnessing a return of the debilitating heatwave. The weather office has issued a yellow alert that could soon be upgraded into an orange alert. Are any steps afoot to mitigate people's misery as the temperatures threaten to cross 46 degrees Celsius in Delhi and neighbouring states? A welcome step is shortening school hours, limiting students' outdoor activities, and relaxing the dress code norm. However, is there a need for primary schools to function? The heat threatens the adult population in no less measure. Sunstrokes are on the rise and dehydration is common. And yet there is no attempt to advance or shorten office hours. Private offices can easily shift to the WFH mode if advancing office hours is not possible. Online work in digitised government departments is recommended. The situation eminently suits half-day work timings. Routine activities in courts like date extensions, submission of documents, and bail arguments, especially related to petty crimes, can be online. However, what about the daily-wage labourers, agricultural labourers, and civic workers of the public works departments? Millions spend their days under the unrelenting sun with barely any protection or nutritious supplements. The civic works have not been stopped or postponed anywhere. Big projects related to national highways, track-laying, and construction of bridges and buildings have no systems to allow for reduced working hours. In some states, the governments make arrangements for cool drinking water, buttermilk sachets, and medical camps. Most states have first-aid kits at the primary health centres in rural areas. But all these efforts miss the point. They essentially deal with basic resuscitation measures for labourers and workers suffering heat strokes. We are witnessing a definite, recurring pattern of extreme summer heat. The pattern is already an intrinsic part of summers,and climatologists fear things may become worse in the coming years. So, we should be talking about more than the basics. The focus should be on tweaking working hours without affecting productivity but sparing the workers from heat fatigue. Proposals for the work hours to begin earlier than usual or shift to the late afternoons and early eveningsare worth examining. Implementing them is not easy without backup infrastructure, including the provision of power and, possibly, transport and arrangements of creches, temporarily in 'anganwadis', for the children of the labourers. By now, the National Disaster Management Authority could have met to discuss a summer public works protocol roping in organisations from the Centre, the States, and the non-governmental sector. The Authority's website does recognise the threat that extreme summers pose. The homepage lists the criteria offered by the weather office for heatwaves and spells out first-aid and stroke-prevention measures. It also acknowledges that India is also feeling the impact of heatwaves. But that is all.