Anti-defection law must be made more effective

Anti-defection law must be made more effective 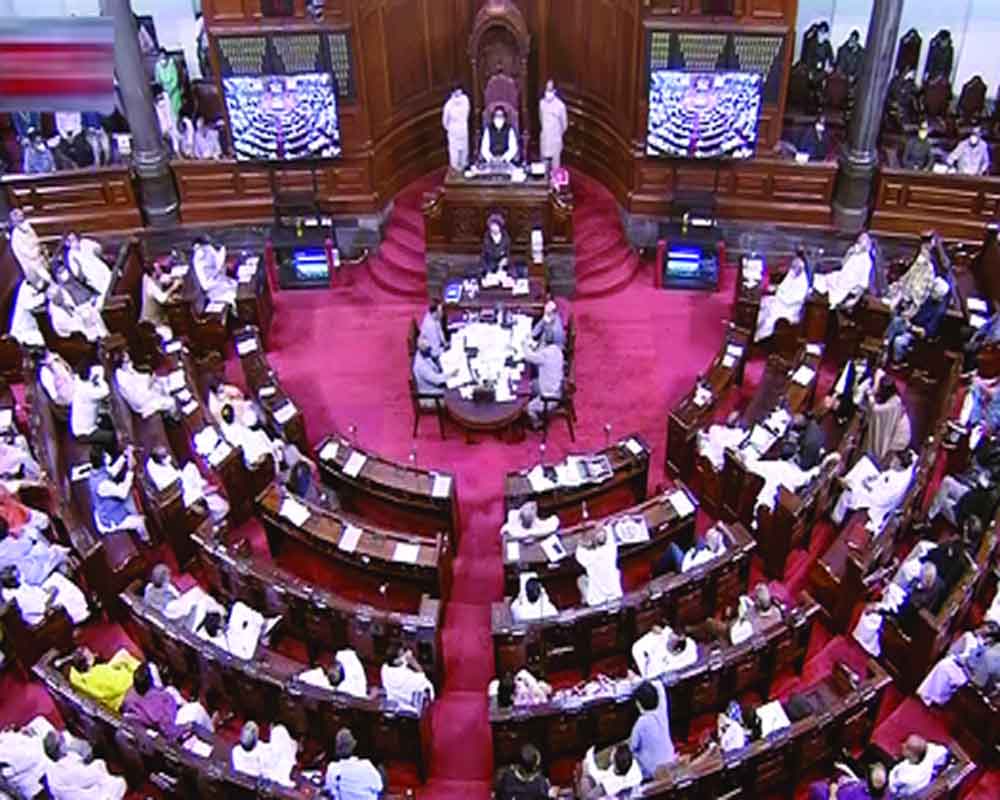 What is needed is the political will; all parties should look at the law afresh

Elections and defections go together despite a stringent anti-defection law in the country. The law proves ineffective as legislators are lured by money and position. Lawmakers skirt around the rules, find loopholes to their advantage, and defy them. In last week’s Rajya Sabha polls, Rajasthan’s BJP legislator Shobharani Khushwaha, Congress’s Haryana MLA Kuldeep Bishnoi, and JD (S) lawmaker from Karnataka Srinivas Gowda are classic examples. Cross-voting occurs even in presidential and vice-presidential elections. Vice-President M. Venkaiah Naidu recently commented that the anti-defection law must be amended to rectify the loopholes. Naidu, also the Chairman of the Rajya Sabha, said there was no clarity about the time-frame for the Speaker or Chairman of the Rajya Sabha to decide on anti-defection cases. “There are certain loopholes in the anti-defection law. It allows wholesale defection. But retail defection is not allowed. Amendments are required to plug the loopholes,” Naidu said. Instead of formally “crossing the floor” or voting against their party in a confidence motion, they resign from the party. Some of them come back in the bye-elections. In the past, there have been some bizarre cases. Gayalal, an independent MLA in Haryana, first joined the Congress Party in 1967; by evening, he shifted to the United Front, and within nine hours, he rejoined the Congress. What was more, he returned to the United Front within a fortnight. This case is known as ‘Ayaram, Gayaram’ in political circles. The 2003 amended law prescribed the penalty for shifting political loyalties: the loss of membership and a bar on becoming a minister. The law has been contested in courts multiple times. Under the anti-defection law, unlimited powers are given to every political party to put down dissent or an alternative view. However, recent developments in many states show that it does not check defections. To keep the flock together, parties often play resort politics by shepherding them to some resort, sometimes outside the state. Defectors have shown this trend many times-Rajasthan (2020), Maharashtra (2019), Karnataka (2019 and 2018), and Tamil Nadu (2017).

In March 2020, Jyotiraditya Scindia and 22 Congress MLAs resigned, resulting in a Government change in Madhya Pradesh. In Rajasthan, six BSP MLAs merged their party with the Congress, and in Sikkim, 10 of the 15 MLAs of the Sikkim Democratic Front have joined the BJP in 2019. The list goes on. Initially, the decision of the Presiding Officer was not subject to judicial review. The Supreme Court struck down this condition in 1992. The apex court intervened again in July 2019  when ten Congress MLAs and two Maharashtrawadi Gomantak Party MLAs defected to the BJP and were rewarded with ministries. The court prescribed a maximum of three months for deciding on anti-defection cases in 2020. Parliament needs to look at the law afresh because of the continuing trend of horse-trading. The Supreme Court observed recently, “It is time that Parliament has a rethink on whether disqualification petitions ought to be entrusted to a Speaker as a quasi-judicial authority when such Speaker continues to belong to a particular political party either de jure or de facto. Parliament may consider amending the Constitution to substitute the Speaker of the Lok Sabha and Legislative Assemblies as an arbiter of disputes concerning disqualification under the Tenth Schedule.” The Presidential polls were announced last week, and there are apprehensions about cross-voting. The best way is to tweak the law. Defectors should be barred from holding public office for a reasonable period, and the vote cast by a defector should be considered invalid. The electorate should also have a right to recall the representative. Resort politics should also be banned.