Are we heading for Armageddon?

Are we heading for Armageddon? 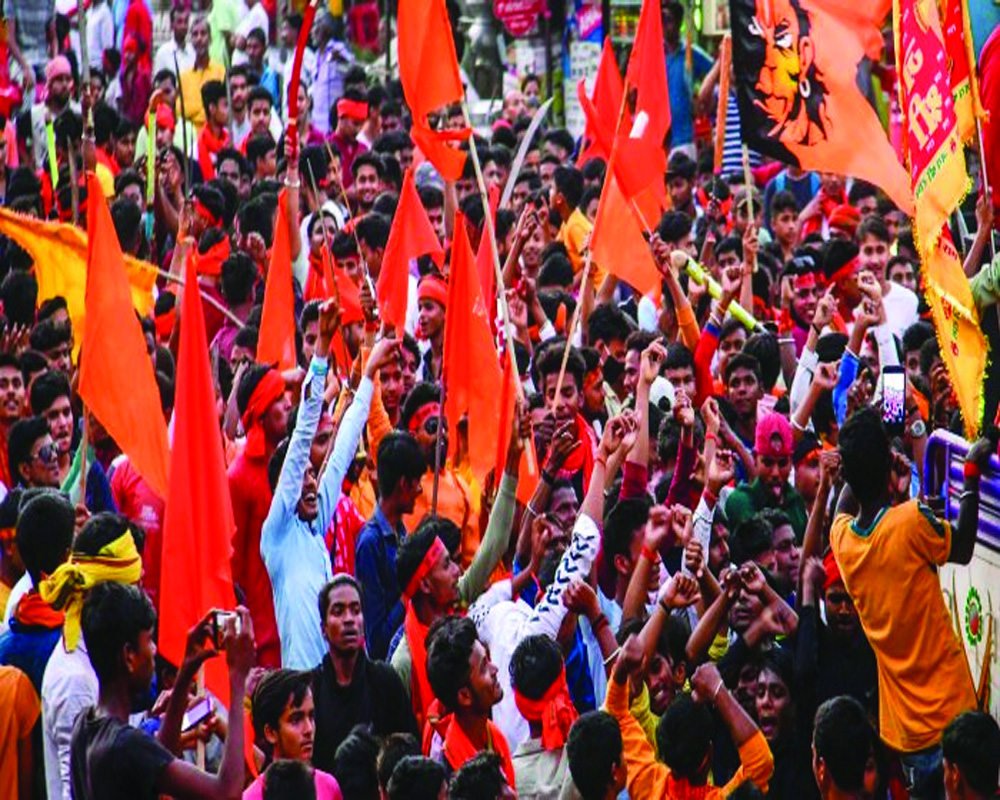 It just took a couple of rather coarse and maladroit remarks by the BJP’s national spokesperson, Nupur Sharma, on a mainstream television channel to jeopardize Mr. Modi’s carefully crafted foreign policy towards the Middle East and other Muslim majority states. Whether they were made in the heat of the moment or premediated and aimed to provoke, we will never know. Whatever the case, despite the party high command’s subsequent action of having thrown them under the bus, the government continues to find itself amid a self- created maelstrom that just refuses to die down.

Initially, its silence on the matter was perceived as condonation and acted as a catalyst for global outrage that was further aggravated, by the MEA’s rather ill-conceived attempt to pass it off as the handiwork of "fringe elements". Some deft footwork and eating of humble pie allowed the Modi Government a modicum of control to contain the adverse international fallout, but, as things stand domestically, the situation seems to have taken a turn for the worse.

In uncharacteristic plain speak, a two-judge bench of the Hon’ble Supreme Court, that ruled on a plea by Nupur Sharma for FIRs against her to be consolidated, observed that her "loose tongue has set the entire country on fire and that she is single-handedly responsible for what is happening in the country". These observations were made regarding the retaliatory attacks at the hands of Muslim radical elements, resulting in gruesome and premeditated murders, of two individuals who wrote in support of Nupur Sharma on social media. These observations, made despite Nupur Sharma and her family facing death threats from radicals, have been seen by some as going well beyond the remit of the Hon’ble Bench.

Whatever one’s view on the issue, it is undeniable that increasing religious intolerance and polarisation are setting the streets on fire leading to violent communal clashes. While this may be of help politically to some in the short term, it hardly bodes well for the society at large. Unfortunately, this intolerance is not just reflected in the conflict between those of differing faiths, but also between extremists and liberals within their religions as well, with extremists invariably winning out.

The prevailing social milieu is such that even the average citizen, even if he belongs to the majority community, prefers to keep his or her head down, mouth shut and nose clean to avoid any confrontation with those espousing differing ideological leanings as they are unsure of the repercussions. They are fully aware that the wheels of justice grind at a snail’s pace here and that the judiciary cannot be fully trusted as many within it, even at the highest levels, are perceived as having been compromised. The Police too are no better, seemingly in terminal decline having degenerated into local militias and handmaidens owing fidelity to politicians in power.

The issue has been further complicated by the accusations, true or not, that Governments both at the Centre and in some of the States are complicit in this violence. A problem that will get accentuated in the coming years as youth, with basic weapons and a modicum of tactical training, find themselves jobless thanks to that nonsensical initiative formulated by the Modi Government, the Agnipath Scheme, and are drawn towards radical groups. The United States is a living example of this as can be seen from the fact that white supremacist paramilitaries, like the Proud Boys and the Oath Keepers, are filled with military veterans.

Moreover, in the face of majoritarian bulldozing, in the literal sense, that we have witnessed in the past few years, and the psycho-social stresses that it has created within minority communities, there will be those among them who will suffer an amygdala hijack, wherein emotions involving either a flight or fight response will take over.

Undoubtedly, in most cases, the response will be to run, but there will be those, who may be just a fraction of the community, who will fight. Given our demographics, even that fraction will be an extremely large number. We would do well to remember that despite a population of around two million, the Union Government has not been able to resolve the Naga problem through force in the past seventy-five years.

The results are already there for all to see. Sectarian violence can hardly be the way forward and will adversely impact internal cohesion and development. Once we enter the downward spiral, it will assume a life of its own and cannot be controlled. Pakistan is an example of this as, despite their best efforts, neither politicians nor religious leaders nor the military has complete control over radical groups that terrorize citizens. This is not the path we wish to tread, though things continue the way they are, we may well be gifting ourselves a civil war.

Why then are our politicians, across the board, so engrossed with religion? The Pandemic and the Ukrainian War have left many of us in dire straits, unable to make ends meet. Isn’t that where our focus should be? Does our middle- class have the spine to step forward, as only their intervention will bring about change, or are we destined to follow in the footsteps of our neighbors?