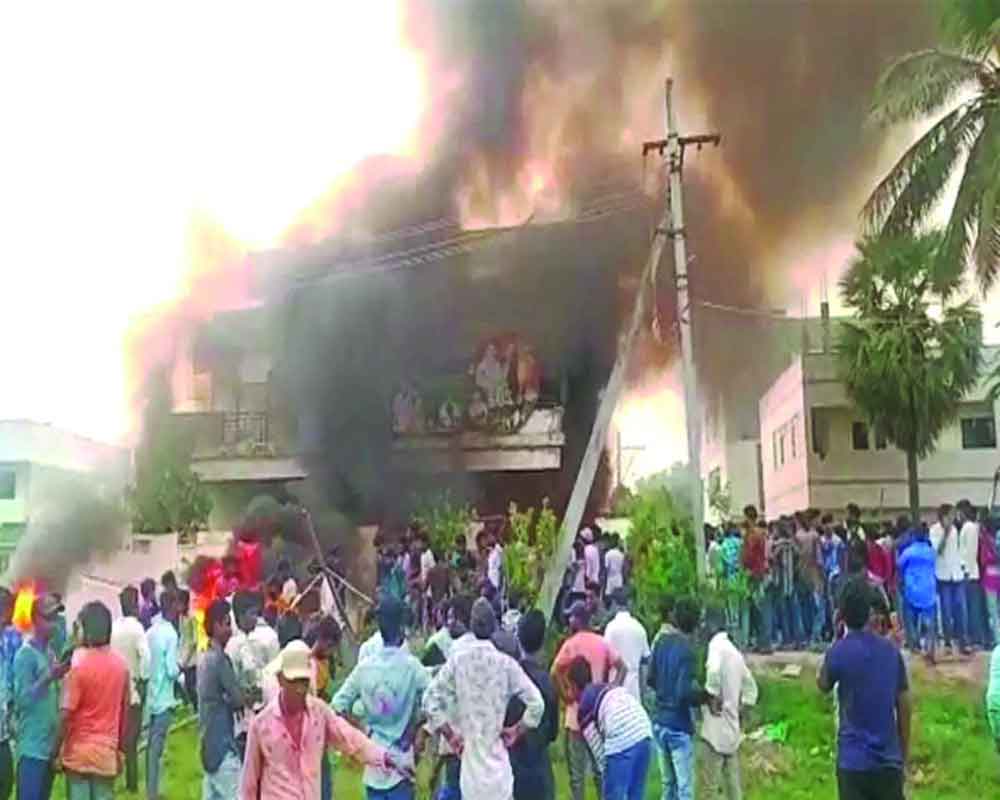 What happened in Konaseema district in Andhra Pradesh on May 24 was unprecedented and totally unforeseen. Houses of a Minister for Transport, Pinipe Viswaroop, a Dalit, and MLA, P. Satish, a fisherman, were set on fire by a mob which also indulged in arson and vandalism in Amalapuram town. Violence broke out when the police attempted to prevent a procession taken out by Joint Action Committee (JAC) as part of ‘Chalo Amalapuram’ from meeting the district collector. Had the police allowed the protestors to submit their memorandum to the collector, things might have been different.

The JAC was formed to oppose the change of the district’s name from Konaseema to Dr. B.R. Ambedkar Konaseema District. People of Konaseema are sentimental about the name of their district. The movement for a separate district of Konaseema was on for many years. It acquired momentum with the State Government’s decision to create Konaseema district and to add Ambedkar’s name to it. Top leaders of major parties supported the proposal though many others, transcending party differences, privately opposed the change. Nara Chandrababu Naidu of the TDP and Pawan Kalyan of the Jana Sena Party gave their consent when YSRCP government sought their approval.

Konaseema district has a peculiar demographic picture. Kapus, Settibalij as and Dalits are the three dominant communities which are equally large, vocal and militant. There used to be frequent clashes between the Kapus and Settibalij as till 1993 when some leaders such as Gudipudi Prabhakara Rao brokered peace between the two warring communities. The two communities have not been quarreling ever since barring some isolated incidents. However, the Dalits have been at loggerheads both with the Kapus and Settibalij as who are part of the BCs. Konaseema district has one Lok Sabha seat (Amalapuram) and three (out of a total of seven) assembly seats reserved for SCs. Anuradha, an SC, is representing Amalapuram constituency in Lok Sabha. The Minister from the district Viswaroop is considered very close to YSR’s family. Dalits are in command in the district and this is detested by Kapus and Balijas.

When AP Chief Minister Jagan Mohan Reddy visited Marumalla village near Amalapuram last week, Viswaroop had taken a delegation of Dalits to him. They submitted a memorandum requesting the Chief Minister to name Konaseema district after Baba Saheb Ambedkar. Jagan Mohan Reddy accepted the request but wanted the opposition parties to approve the proposal. TDP and JSP leaders had welcomed the idea. A gazette notification was issued last week renaming the district as Dr. B.R. Ambedkar Konsaseema District and it asked the people to let the government know within one month if anybody has any objection.

The GO was not openly opposed by any noted political leader. But WhatsApp messages were sent in their thousands by the general public, supporting or opposing the move. The Dalit protagonists were as aggressive as Kapus and Balijas. Viswaroop reportedly told the police to use force in dealing with the situation. The police had clamped Section 144 and Section 30 by way of preventive measures. But the force which the protestors unleashed in a matter of hours was not foreseen by the police who were unprepared. They used lathis and fired in the air for five times to control the mob. Till 8 pm the street battles between the police and the protestors were going on. The police could bring the situation under control by late in the night.  DIG Palraju (Eluru range) and four SPs have been camping at Amalapuram which remained peaceful on Wednesday. Extra forces have been rushed to the town. Forty-six persons have been taken into custody till Wednesday afternoon, according to DIG Palraju.  He had spoken to community leaders. He appealed to the people to maintain peace and harmony.

Konaseema which is known for its greenery, coconut trees and high yielding crops, has all of a sudden exploded in the face of the police officials. Nothing of this sort had happened in the last four decades. Even at the time of Vangaveeti Mohan Ranga’s murder in Vijayawada in 1989, the riots were all over coastal Andhra and only Kapus in Konaseema were involved in sporadic violence.

This time it was SCs versus all others. It was mostly the result of long-standing community rivalries and discontent with the present Government rather than antagonism towards Ambedkar. The dominant profile of Dalit leaders also added fuel to the fire. Former Speaker of Lok Sabha, GMC Balayogi, hailed from the same place.