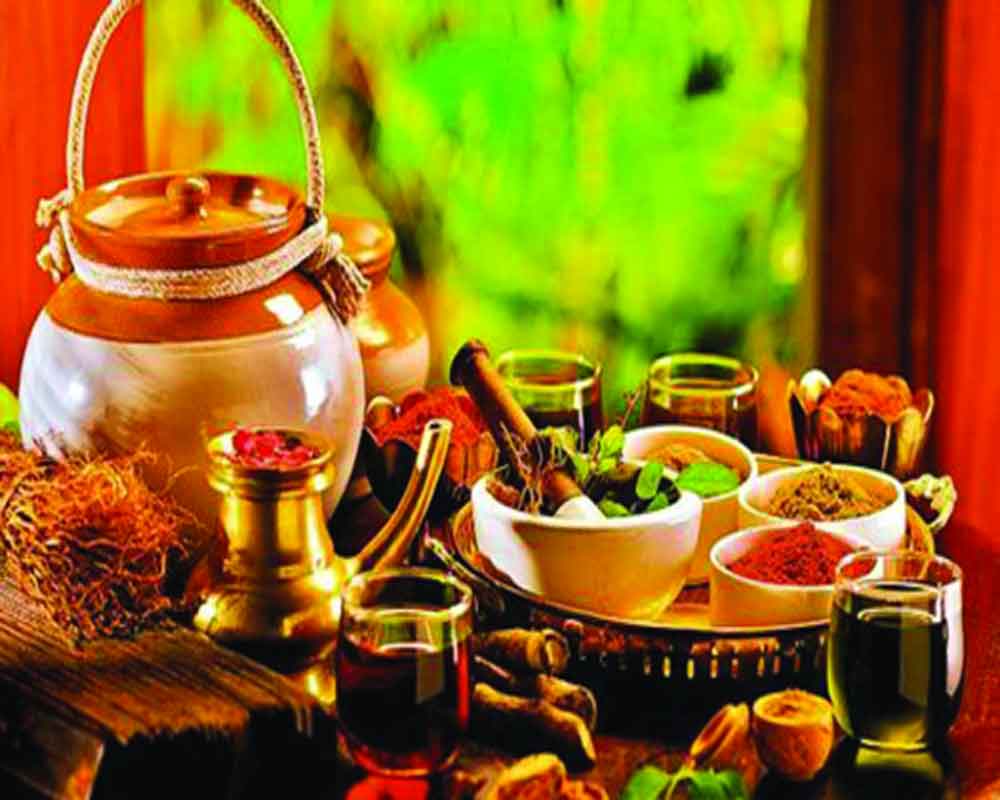 India is leading a global healthcare radical transformation by reimagining critical, unhindered access traditional medicine by setting up a WHO centre likely to generate billions of dollars of business.

It generates hope for a crisis-ridden economy having over 14 per cent wholesale inflation. Gujarat will not be known only for visit of UK Prime Minister Boris Johnson but also for establishing a new kind of medicinal, healthcare and yoga Ayush excellence business.  The potential in the sector is immense. According to a US Global Industry Analysis on Herbal Medicines - Global Herbal Market Trajectory and Analytics - the business could grow to $430 billion by 2028.

The healthcare may be different by 2030 as the World Health Organisation and India usher in a change for a people-centric system of traditional medicine (or grandma's prescriptions). It may revolutionise the pharmaceutical industry and the way the world uses medicine. It can make India an international competitor with a surge in its medicinal exports and healing concepts.

There was also the Global Ayush Investment and Innovation Summit 2022 in Gandhinagar, Gujarat. It witnessed letters of intent (LoI) worth more than Rs 9000 crore in major categories like FMCG, medical value travel (Heal in India), pharma, technology and diagnostic and farmers and agriculture. Five significant MoUs were signed with Argentina, Brazil, Mexico, Canada, The Philippines for research and new academia and one with Ministry of Defence for promoting Ayush in cantonments.

Modi on the occasion said hoe Rosemary Odinga, daughter of former Kenyan prime minister Raola Odinga, regained her vision she lost in 2017 thanks to ayurveda, which has created an $18 billion export market during the last few years. The new Ayush visa introduced for Heal in India will create a concept of wellness that encompasses healing through not only just medicine. It gives a holistic approach of different foods and yogic practices to heal the body and mind as appropriate food prepares one for a preventive care through healthy lifestyle.

Start-ups, entrepreneurs, unicorns and industry and integrative medicine will increase investment for innovations in Ayush. This success can create 5.5 lakh jobs, and help farmers enter into high-earning propositions, according to Minister for Ayush Sarbanand Sonowal.

It is a WHO concern which found that the traditionally used herbal plants or leaves like that of Giloi, Tulsi, haldi-turmeric, dalchini-cardamom or honey could counter the severity of the pandemic. Herbal tea, coriander, turmeric, cumin and garlic were extensively used to counter 100 to 700 per cent rise in medicine demands. The WHO observes that the alternate medicine people used created a curative system beyond its imagination.

The world is now rediscovering the importance of India's traditional medicinal systems in Ayurveda, Siddha, Unani, Sowarigpa, Homoeopathy and yoga. The effort is to making this relevant, even fashionable use today. In the process, it is even gaining the confidence to project and export these around the world. As the Global Centre for Traditional Medicine is supposed to coordinate world activities in such medicines and therapy it may promote studies in Latin America, Africa, elsewhere in Asia and rest of the world. This facility is intended to be a global repository of traditional healthcare knowledge.

Ayush Minister Sonowal says that this will change not only the healthcare but also alter the approach to India's role in world's traditional medicine business. Between 2019 and 20 exports surged 45 per cent. The market for medical plants in India stood at Rs. 4.2 billion ($ 56.6 million) in 2019 and is expected to increase to Rs. 14 billion (US$ 188.6 million) by 2030. The export value of ayurvedic and herbal products amounted to about $ 539 million from India in 2021. The total world herbal trade is currently assessed at $ 120 billion.  Overall, Ayush exports have reached $18 billion from $3 billion before 2014. The cultivation of the medicinal herbs such as shankhapushpi, atis, kuth, kutki, kapikachhu and karanja are changing the Indian agrarian ayurvedic scenes and would empower the farmers with high incomes.

There is a huge gap between the supply and demand of medicinal plants to manufacture Ayurvedic medicines in India. According to the 'All India Trade Survey of Prioritised Medicinal Plants, 2019', demand for high-value medicinal plants increased by 50 percent, while the availability declined by 26 per cent. This led to increased habitat degradation and levels of over-exploitation by pharmaceutical industries. The construction of roads and destruction of flora and fauna in the Himalayas and remote regions is also endangering 65 species. The GCTM would study ways to improve the situation and train farmers adopt technology and possibly a  new development protocol.