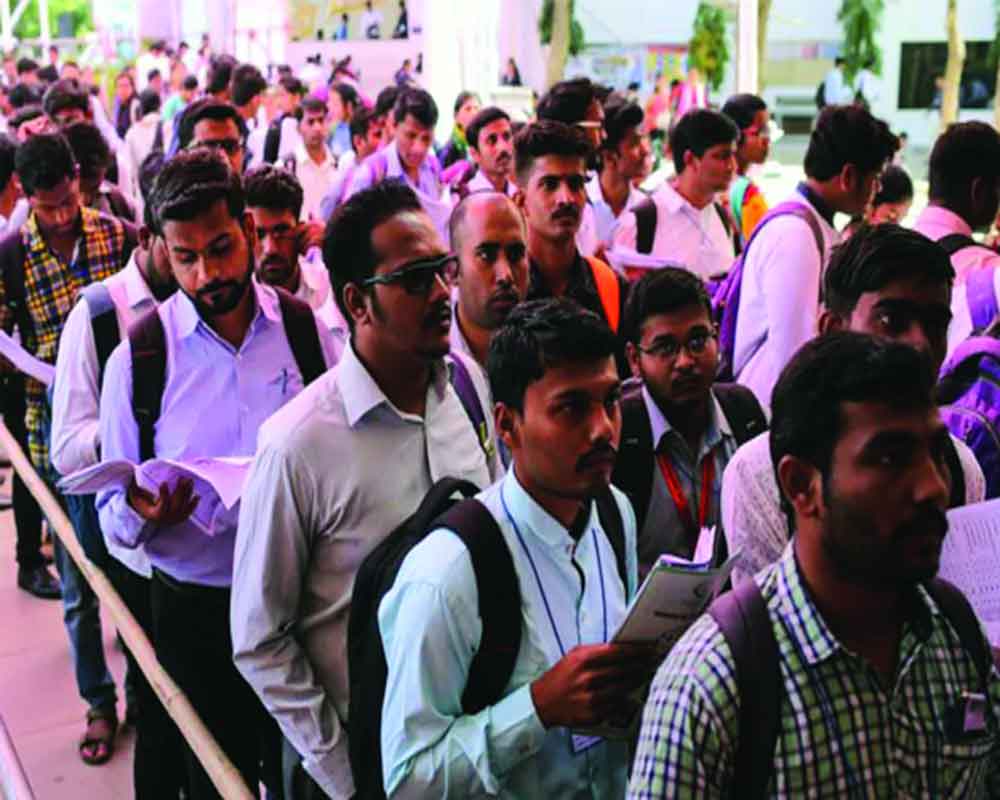 PM’s directive to recruit people in ‘mission mode’ will only improve governance, not generate jobs

Prime Minister Narendra Modi’s decision to recruit 10 lakh people in various Ministries and departments will go a long way in adding to State capacity. The move should be seen as an endeavour to improve governance, not generate jobs, though the latter is urgently needed. In 2017, a Cambridge University paper defined State capacity “the Government’s ability to accomplish its intended policy goals”. This, it added, plays an important role in market-oriented economic development today. PM Modi favours the recruitments to be carried out in a “mission mode” in one-and-a-half years. “PM Narendra Modi reviewed the status of Human Resources in all departments and Ministries and instructed that recruitment of 10 lakh people be done by the Government in mission mode in the next 1.5 years,” the Prime Minister’s Office said in a tweet. This will surely help some youngsters who want to get decent employment, but it would certainly not address the issue of nationwide joblessness. The Centre for Monitoring Indian Economy reported a couple of months ago that a growing number of people, especially women, are not even looking for work. In the last five years, it added, the participation rate of the workforce dropped from 46 per cent to 40 per cent. The Corona pandemic and the ensuing lockdowns hurt both the economy and employment generation. It, however, needs to be mentioned that even before Covid, neither economic growth nor job creation was satisfactory. The economy was slowing down and not enough jobs were getting created.

According to an estimate, around 8 million jobs need to be added annually to improve the situation. By any reckoning, the Union Government and all State Governments put together can create just a fraction of these jobs. Even if all the vacancies are filled, as the Prime Minister has directed, this will make little dent to the unemployment problem. Two years ago, a McKinsey report had said that India needed to create 90 million non-farm jobs between 2023 and 2030 to absorb 60 million new workers who will enter the workforce, and an additional 30 million workers who could move from farm work to more productive non-farm sectors. As per the Government statement in the Rajya Sabha on February 2 this year, there were around 8.72 lakh vacant posts in the Central Government departments as on March 1, 2020. A year before that, the number was 910,153 and, on March 1, 2018, there were 683,823 vacancies. In other words, filling government vacancies is not the real solution, though it would add to State capacity. The solution for the job crisis is brisk economic growth. According to the McKinsey estimate, the economy has to grow 8-8.5 per cent annually over the next decade for real, massive job creation. The Government is focused on infrastructure development; it will help accelerate growth. Speeding up economic reforms will also boost growth; the Government must do that now.