BUDGET SHOULD FOCUS ON TRADE AGREEMENTS

BUDGET SHOULD FOCUS ON TRADE AGREEMENTS 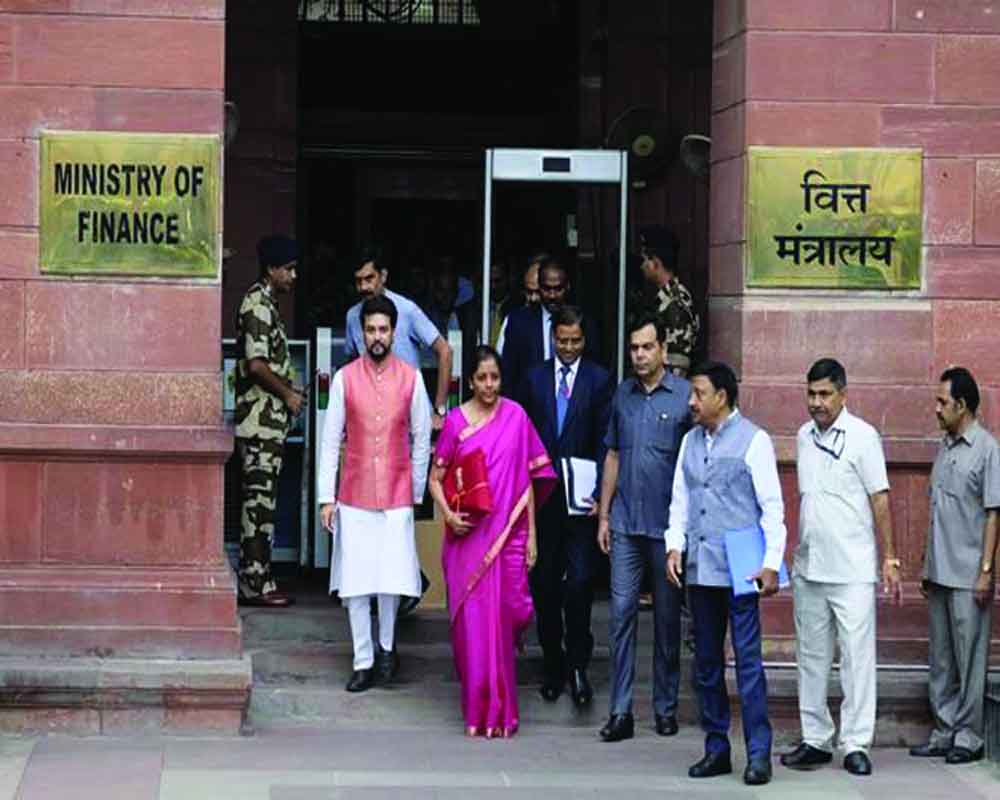 When Finance minister Nirmala Sitharaman presents the budget on February 1, she will have a tough balancing act to negotiate. First, she will be up against her previous year’s ‘dream’ budget which was called reformist, bold and visionary by most economists. It maybe argued that given the pulls and pressures of a noisy democratic process and fatal impact of Covid waves, many of the proposed reforms remained in the budget document. Secondly, this year’s budget will be presented on the eve of crucial state elections, including Uttar Pradesh, which will decide the contours of the Rajya Sabha, and therefore the government’s ability to push through reformsin the coming months. Areformist policy document is not necessarily populist and therefore has little voter appeal. Thirdly, she will be speaking to a huge section of the population many of whom have lost their livelihoods due to the pandemic even as theybattle inflation driven by fuel prices and increased spend on life-saving pandemic medicines. Against this backdrop are external trade relations, bilateral or free trade, that India has decisively steered towards, to keep the money inflow intact. India is currently trying to negotiate 16 free trade agreements while upgrading onsevenexisting ones, with trading blocs.

UK’s international trade secretary Anne Marie Trevelyan was in India a few days ago when India and the UK announced the launch of free trade agreement negotiations. The target for completion is middle of next year. India wants removal of access restrictions on free movement of professionals between the two countries, reduction in visa fees, have guardrails for protecting India’s agricultural interests and better access for its vaccines, pre-mixed tea and coffee, yarns,etc. The UK in return wants a significant strip down of the excruciating duties, imposed by India on British whiskies and cars. However, the trick lies in selling the benefits of such trade deals to domestic constituencies or voters. In the run up tothebudget, India has for the first time in several years shed its protectionists image and is willing to engage with powerful trading blocs for ensuring future prosperity. The NDA government had so far focused on domestic reforms such as uniform GST, insolvency and bankruptcycode,labour codes,etc., to bring a competitive edge for India, when it comes to external economic relations. However, the failure to rally all the constituents together on the potentialbenefits of the now-withdrawn farm sector reforms is a bellwether of what liesahead. If the finance minister has to unveil a future trade agreement friendly budget, she will have to open up locked doors on high customs duties andother taxes faced by many imported goods in India. These high duties or taxes on most imported products create a huge burden on domestic consumers or, they settle for many a times low quality domestically manufactured similar items. Most of this is done to protect the interest of the local manufacturers and businesses. Any move to open these doors, allowing free movement of certain goods and services from a robust economy at near zero input duties and taxes,whilehaving concurrent benefits in the partner country, is definitely nota populist move and can lead to a pushback. For instance, the attempt to privatize Centra Electronics Limited, announced in last year’s budget and worth under `300crore has run into a legal challengeand the Government seems not in ahurry to push for a favorable verdict.  The message, therefore, for the finance minister is to make way for enriching trade agreements silently, while making loud announcements on the populist measures.