Can expenditure tax be alternative to I-T?

Can expenditure tax be alternative to I-T? 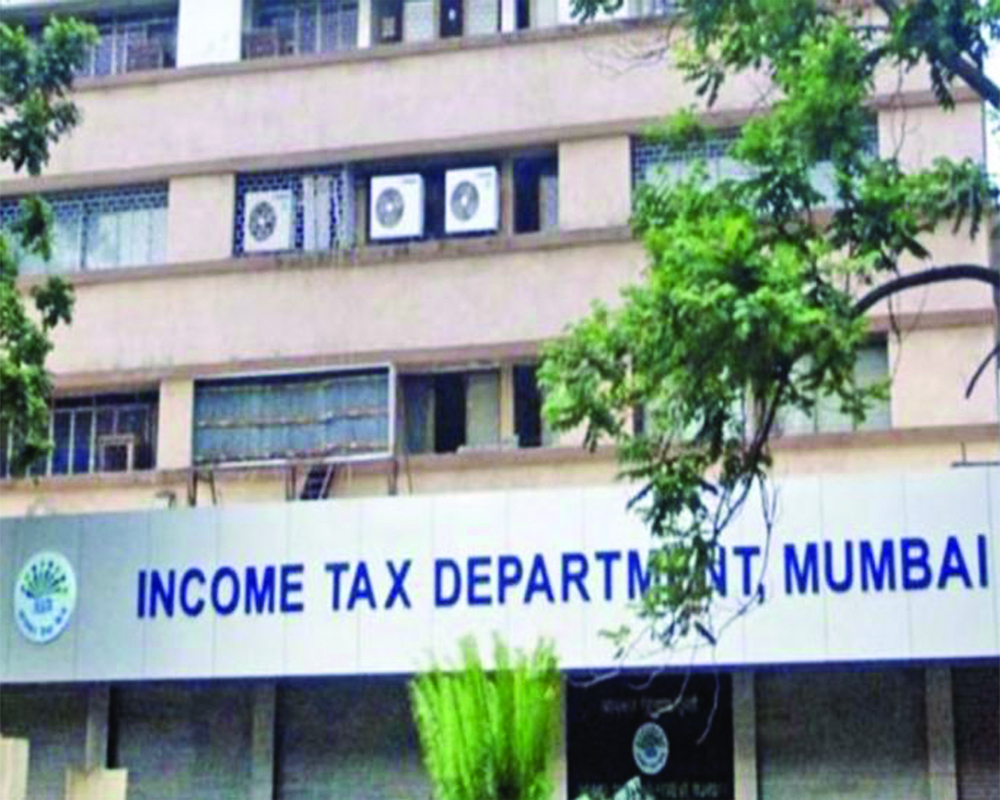 If personal income tax is abolished but corporate income tax stays, as was done in some nations, it will be an open invitation to all sorts of manipulations

The budget for the next financial year is approaching and the pink press is full of comments and suggestions. Expectations are high on the post-pandemic economic recovery. For some, budget is all about taxation, particularly personal income tax.

There is a common gripe that the fixed-income group of salaried class and pensioners bear the brunt of income tax while flexible-income group of professionals and businesses have enough legal loopholes available to avoid paying income tax.

There are also voices against the very idea of taxing incomes because that means taxing low spenders and high spenders alike and actually discouraging savings. Here is an attempt to present different dimensions of this interesting debate.

Out of total population of over 130 crore, only about 1.46 crore actually paid income tax for financial year 2019-20.

The salary/pension income is a major but not the dominant source of income tax. Total income tax collected in 2018-19 was Rs 11.37 lakh crore out of which companies alone paid Rs 6.64 lakh crore.

Of course, the argument that business and professional income is more evasion prone than salary/pension income is unassailable.

To tax income or to tax expenditure? Which is more efficient and equitable way of collecting tax? An expenditure by one person is the income of another person and vice versa. Whether you tax salary income of employee or salary expenditure of employer, the effect is the same. (Knife and water melon - what falls on what is immaterial.)

The philosophy underlying taxation of spending rather than income was propagated as early as the seventeenth century by Thomas Hobbes who considered it unfair to tax low spenders and high spenders having same income alike.

In spite of the endorsement by some economists exempting saving from taxation, an expenditure tax has never been used in any industrial country.

Prof Nicholas Kaldor of Cambridge University made a strong case for expenditure tax in 1955. He proposed an expenditure tax be substituted for the surtax on higher income taxpayers in Britain. India and Ceylon (now Sri Lanka) had adopted Kaldor’s suggestion to introduce an expenditure tax for a few years but dropped it by 1966. The tax was different from that recommended by Kaldor and the small revenue yield was considered not worth the burden of compliance and administration.

Kaldor received reconsideration in India when Expenditure Tax was re-introduced in 1987 with very limited scope. Under the Expenditure Tax Act, 10 per cent tax is charged on payment made at a high-end hotel (with room rent exceeding Rs 3000 per day).

The proponents of expenditure tax argue that the Income Tax burden falls on salaried class/pensioners and abolition of income tax will be a big relief to these hassled taxpayers freeing them from the tedium of filing tax returns (big loss to charted accountants and lawyers and a dip in national income!)

The Income Tax Department tirelessly scrutinises millions of returns, which are followed by queries, clarifications, refunds and protracted correspondence. However, what is the guarantee that expenditure tax will not bring more hassles of record keeping. Most incomes are lumpy while expenditures are more diffuse, harder to track crores of sale/purchase transaction, more so if made in cash. Getting lumpy income in cash is harder than spending in cash.

Every time money changes hands and every transfer/disbursement /payment is not EXPENDITURE. When some bank is given money to disburse salaries or pensions or dividends, the expenditure is only by the employer or company, the disbursing bank is only an intermediary, a courier. The money does not belong to the bank. Postman delivery of cash is not postman’s expenditure. So obviously all such remittances would be out of expenditure tax. We are talking of expenditure tax not transaction tax.

If we include salary, pension, interest, rent payment within expenditure tax, the recipient will not only face effective income tax but will be further liable to suffer more expenditure tax when spending the received income by way of salary/pension/ interest/rent.

Complexities of deciding which income to tax at what rate will be substituted by perhaps more complex task of taxing different types of expenditures at different rates. (Imagine a tax dispute: This is not wedding party but pre wedding or post wedding party taxable at lower rate!)

If personal income tax is abolished while corporate income tax stays as was done by some countries, there is open invitation to all sorts of manipulations. Personal expenses of shareholders and employees will get shifted as corporate expenses and promoters will drain out corporate profits by being lenders, landlords and employees of their own companies!! Have seen it all.

One of the reasons why expenditure tax did not find favour with major countries as the assessment that this tax will discourage spending (encourage savings) and would impede growth.

The risk of discouraging such spending as is reportable to tax department hurting overall economic growth is very much there. People resent government trying to snoop around finding what they earn. They will be more alarmed and more hassled if government starts hassling them and snooping around what they spend!!

I think expenditure tax is an idea whose time has gone.

(The writer is President, Institute of Public Auditors of India and former Special Secretary, Ministry of Commerce and Industry. The views expressed are personal.)