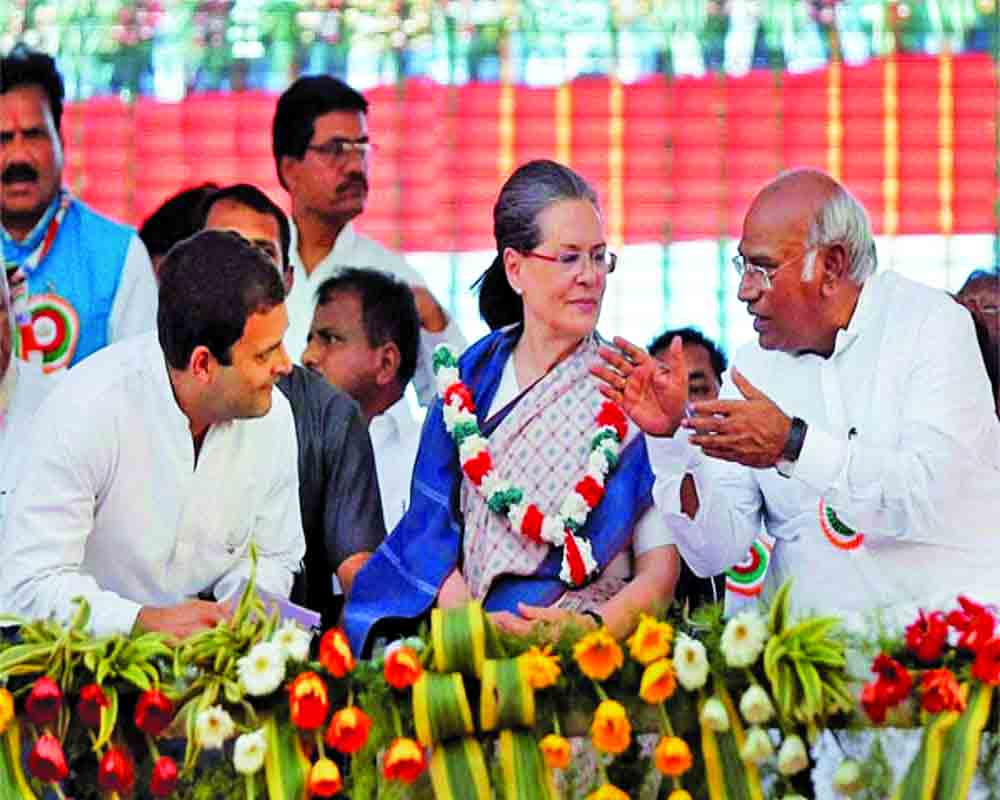 At the time of writing this, the developments inside Congress are enough to outdo the best of television soaps. The Gandhi dynasty, realizing that it needs to present a face as its official president, put forth the octogenarian Mallikarjun Kharge as its preferred choice to act as a family retainer carrying the label of party president. The flamboyant and West-educated Shashi Tharoor, squashing talk of his having withdrawn from the race said that he is very much in what he called a "friendly contest", but described it as a "fight to the finish". Congress veteran and former Madhya Pradesh chief minister Digvijay Singh were reported to have thrown his hat in the ring, only to withdraw soon. Diggy sahib inadvertently let the cat out of the bag when he told a journalist that whoever becomes the Congress president will have to work with the blessings of the Gandhi family. Translated, this reads: the Gandhi dynasty was, is, and will remain the real boss, even if somebody else occasionally gets to sit on the chair.

This is why Rajasthan chief minister Ashok Gehlot, whose loyalty to Sonia Gandhi was not in doubt and who was reportedly her choice to occupy the chair, had no qualms about letting her down. Gehlot's loyal MLAs kicked off a storm in the state unit of the party, threatening to bring down the government if the CM's rival Sachin Pilot was made the chief minister after Gehlot became Congress president. While the internal drama of the Congress may interest journalists and news-watchers, what must engage our attention is why India's oldest political party is so bereft of any leadership outside the Gandhi family, whose political heft has dissipated to the extent that it no longer is taken seriously, leave alone command respect.

Political parties, whether in power or opposition, have a duty towards the country, and more so those parties that have a hoary history like the Congress. As it appears, Congress does not seem devoted to this idea. Its only calling card is blind hatred of Prime Minister Modi, which has no place in a democracy. An opponent is an adversary, nothing more. Abuses like "chowkidarchorhai" only betray the speaker's character and pollute the political atmosphere.

The Congress has mostly functioned on the Führer Princip or the leadership principle. From 1921, Mohandas Gandhi continued to dominate the party until 1946. Then it was the turn of Jawaharlal Nehru, especially after Sardar Patel's passing away. He was followed by his illustrious daughter Indira Gandhi and in turn by her son Rajiv Gandhi, who knew or understood little of politics but managed somehow for five years. But he left a dent in the party. The poor man and woman ceased to think it was their party. It was now the organization of the rich who wore Gucci shoes, Rayban glasses, and so on.

However, the Congress was still not seen as an anti-Hindu outfit. After P.V. Narsimha Rao completed his term as prime minister, the party began to slide down that path. The 'consensus' that only a Nehru-Gandhi can hold the party together began to be spoken about more publicly. Thus, Sonia Gandhi was virtually fished out from the Mediterranean Sea for the presidency of the Congress. She did hold the party together for ten years, also enabling it to return to power, not by hit or miss but by mediocre partiality. The secret was Ahmed Patel, who was loyal to Indira Gandhi right through the Emergency. He was a young MP from Bharuch in Gujarat. While he was not, by any means, a rabid Muslim, he felt that the future of Muslims in India lay in moderation and the Congress. No other party was dependable and capable of keeping his community across India, more or less, united. And the Nehru-Gandhis were the only family under whose umbrella Congressmen could remain together. Hindu domination would ruin this Dar-ul-Aman.

But subsequently, Patel caught Covid left the mortal world. Being a non-Hindu, he easily fit into the mold of Sonia Gandhi's preferences, who blindly trusted him. Her demands for a political advisor are very tall. Herein lies the knotty issue of the troubles the party finds itself in. It is utterly bereft of any political strategy. More seriously, the ethos of India has transformed from Nehruvian to Hindu. What to do in this situation?

The Gandhi dynasty's scions, like many in the intelligentsia, are vague about the changing nature of India's politics. Understandably, change brings insecurity born of the sense of uncertainty. However, politics, like nature, does not allow the status quo to prevail for long.

The Congress' woes are bigger than the Gandhis' non-existent leadership. India's power structure has changed fundamentally. The Nehru Congress was essentially a sarkari party, representing the bureaucratic-managerial class that ruled India. Today, the discourse is dominated by productive ideas and the culture of India's homegrown talent in the enterprise. The Congress, with its overwhelming Lutyenism, understandably sees itself as a new and possibly unknown realm. It also has no answer to a formidable giant called Narendra Modi, an entirely self-made leader, whose singular commitment is to the nation, and not any dynasty.