Checkmate by the ‘Neutrals’ in Pak

Checkmate by the ‘Neutrals’ in Pak 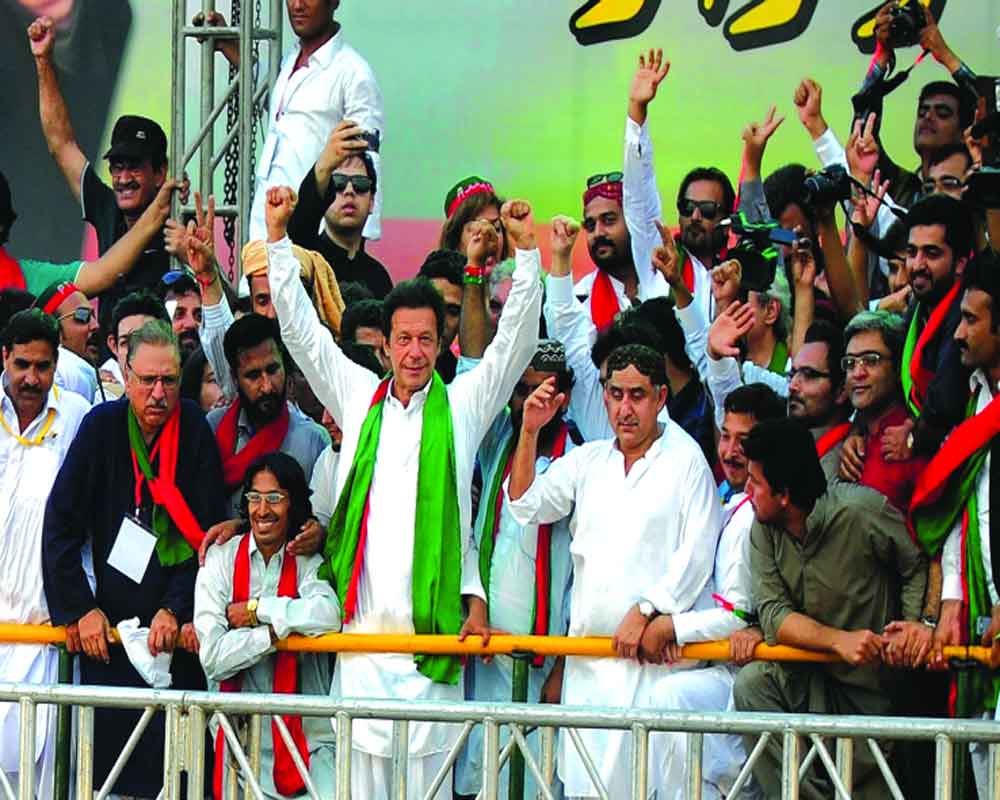 No one in Pakistan has any doubt over the long, deep and dirty hands of the Pakistani military, called the ‘establishment’, in all sovereign decisions

The Pakistani Army’s complicated relationship with democracy started with its first native chief, Gen Ayub Khan. Ayub’s selection baptised the ‘institution’ with the political culture of out-of-turn nomination to the Chief of Pakistani Army Staff for posterity (Ayub was the junior-most Maj Gen in the Pakistani Army and his name was not even in the first consideration list). Soon the ambitious General took over the formal reins from the civilian politicians and promulgated the creatively deceptive concept of ‘Basic Democracy’ — a farcical system legitimising his iron-fisted dictatorship whilst providing a semblance of democracy. A similarly out-of-turn and ostensibly pliant General Zia-ul-Haq was to repeat the Ayub feat by deposing the civilian Government of Zulfiqar Ali Bhutto.

The even more unhinged dictator in General Zia immediately promised a restoration to democracy after taking over, “My sole aim is to organise free and fair elections”, and within months shifted his stance to ‘retribution first, elections later’ — he stayed on for the next 11 years till he died in a mysterious plane crash. In 1999, yet another out-of-turn and supposedly ‘safe’ Gen Pervez Musharraf grabbed power in a coup d’état and promised ‘true democracy’ which he claimed wouldn’t be the “evil of sham democracy” but he, too, hung around for another nine years!

Much wisdom has dawned on the subsequent Pakistani Army Chiefs like Pervez Kayani, Raheel Sharif and, most recently, Qamar Javed Bajwa. All of them have preferred a more discreet, ‘democratic’ and highly effective way of running the show, without attracting international opprobrium. They have effectively ‘chosen’ civilian Governments as per their topical interests, extended their terms unilaterally to six-year terms (Pervez Kayani and Qamar Bajwa) or, like Gen Raheel Sharif, managed to twist legislations towards securing their own interests in plum post-retirement roles (currently heading the Islamic Military Counter-Terrorism Coalition).

No one in Pakistan has any doubts of the ‘establishment’s’ (Pakistani military’s) long and deep hands in all sovereign decisions. The once out-of-favour with the Pakistani military, Nawaz Sharif, had called the Generals as ‘Khalai Mukhlooq’ (aliens or the invisible hand) as the ‘establishment’s’ hand in elevating Imran Khan to power in 2018 was undeniable. Obviously, as the beneficiary of the Pakistani military’s favour, Imran had dissed all murmurs about the military’s extra-constitutional abilities as he probably assumed that he’d be able to defang the Generals over time — he tried but failed miserably.

Ultimately, a desperately struggling Imran struggled to nuance the military’s claimed apolitical and neutral stand when the tables turned, and he had become an outsized nuisance for the Generals. Facing a no-confidence vote, Imran had invoked a stinging appeal for support by saying, “Allah did not allow us to be neutrals as only animals are neutrals!” Clearly, the Generals were not amused and they remained ‘neutral’ to Imran’s extreme discomfiture. Soon the dejected and ejected Imran was left lamenting, “Neutrals weren’t actually neutral.” Today, as the vainglorious Imran replots his journey back to political relevance, he is left hoping in sarcasm, “I also say to my Army that you said you are neutral, so now remain neutral.” Deep down, Imran would know better of the shift in tide and circumstances of his equation with these so-called ‘neutrals’.

Meanwhile, in a curious closing of the loop, it is the Sharif family (deposed and hounded out of Pakistan in the 1999 military coup d’état) that is singing hosanas of the Pakistani military’s ‘neutrality’!

Tellingly, no Pakistani Prime Minister has ever completed his/her tenure and almost all were tripped through extra-constitutional or judicial intervention that invariably could be traced back to the shadowy Generals at the Rawalpindi Military General Headquarters (GHQ). Only three Prime Ministers were able to go beyond the four-year mark. The fissures in each case were triggered by political efforts to undermine or diminish the Pakistani Military — in Imran’s case, his grandstanding in delaying the transfer of his preferred spy chief ie, then DG of ISI, General Faiz Hameed, was tantamount to crossing the traditional ‘red lines’ of non-interference in certain matters. Imran could no longer be trusted to walk the line of the ‘establishment’s’ formula for Pakistani governance, and thus had to be removed.

Today, the Pakistani military has further denied any imminent threat to national security or the alarmist ‘international conspiracy’. Making it worse for Imran is the careful recalibration of the Sharif-Bhutto combine towards the Generals, and the deliberate assertion by the Pakistani military spokesperson that General Bajwa seeks no further extension === both moves deflate Imran’s expected aspersions and stridency against the ‘neutrals’. Somewhere along the line, Imran had managed to create a dangerous divide within the ironclad ‘establishment’ with purported factionalism between a General Bajwa and a possible faction led by Imran’s politically beholden/preferred, Lt Gen Faiz Hameed. This was unprecedentedly and unexpectedly brazen interference into the insular affairs of the Pakistani military, even by the standards of the hugely egotistical Imran. For now, the possible succession of Lt Gen Faiz Hameed as the Pakistani military chief has been checkmated, as has been the possibilities of a civilian dispensation attempting to usurp the powers of the incorrigible Generals.