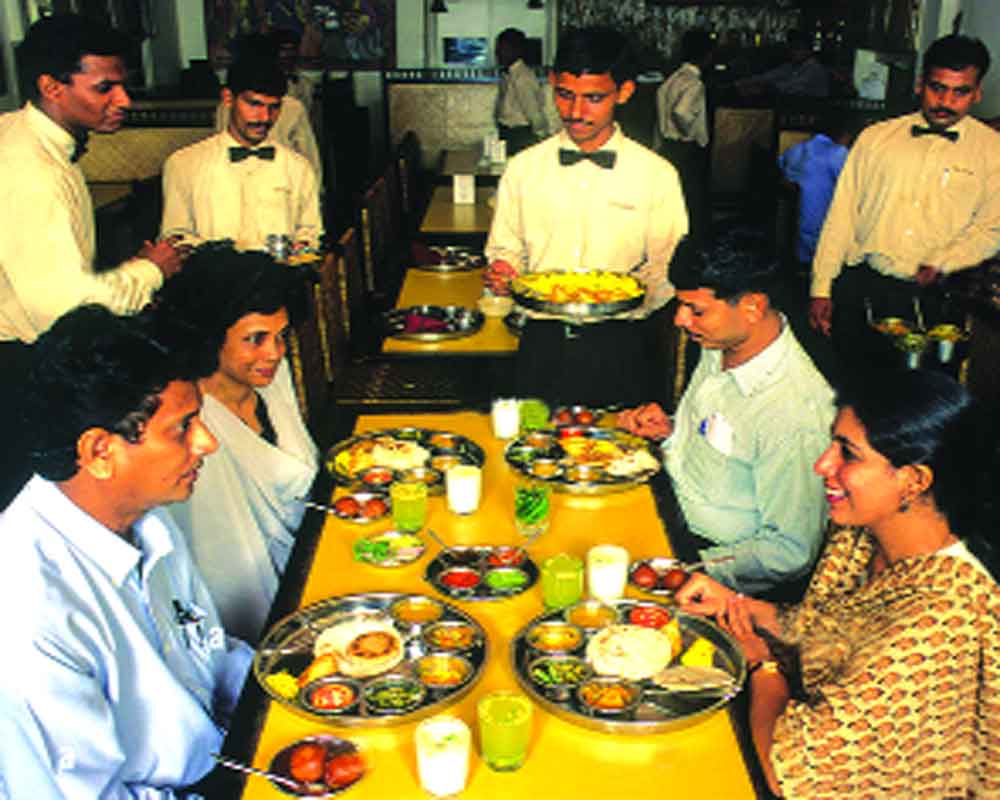 Tipping is not just about slipping some money to a waiter. Ideological battles were fought over it in the past. Today, the Governments square off with restaurateurs over it, pitting the customer’s right of choice against the waiter’s fruits of labour. On June 2, the Department of Consumer Affairs and the National Restaurants Association of India will meet to thrash out a contentious issue: Are eateries collecting service charge — tipping in legalese — by default even though it is voluntary. The question is, do restaurants ‘force’ them to pay the service charge? At least that is the allegation against the eateries. The other is that the service charge is fixed arbitrarily. Eateries are also accused of misleading customers about the legality of the service charge. The service charge is a transaction between the customer and the waiting or serving employees. It involves the staff offering the service of serving the customers and the latter, if happy, tipping the staff. When the tip is part of the bill in the form of a charge, it is called a service charge. Restaurants are not involved in this transaction at all, except by facilitating the voluntary collection of the service charge from customers instead of individual tipping. Why then is the Government inviting only the restaurants’ bodies for the talks and not the employees’ unions? Many customers are truly ignorant about service charge; many are still confused between service tax and service charge.

Many cannot be sure that the restaurant has calculated the service charge before charging GST and other taxes. The restaurants argue they have done their duty by mentioning the service charge on the menu card and the bill. For that matter, the Government is still not clear whether the service charge is taxable. The logic of the Goods and Services Tax is that all services are taxable. Even service charge, apart from service tax? The Government’s service charge guidelines of 2017 are only advisory. No legislation backs them. The Consumer Protection Act, 2019, does not refer to tipping or service charge. Against this backdrop, what will the June 2 meeting achieve other than issuing “advice” to the restaurateurs’ body? In the meanwhile, who will protect the interests of the waiting staff? A tip attests to the waiter’s abilities. The best waiters corner the maximum tips. It is they who, apart from food and ambience, contribute to a restaurant’s popularity. The service charge, on the other hand, is a level playing field for all waiters. They receive an equal share of the charge irrespective of their efficiency levels. For all waiters, however, tips represent extra income that makes a major difference in their lives. There may be cases where the employers are keeping a portion of the service charge with themselves. Why not bring in legislation that protects the interests of these waiters by legalising tipping if the service charge system is so complicated? That is the real issue.