Dealing with the dragon

Dealing with the dragon 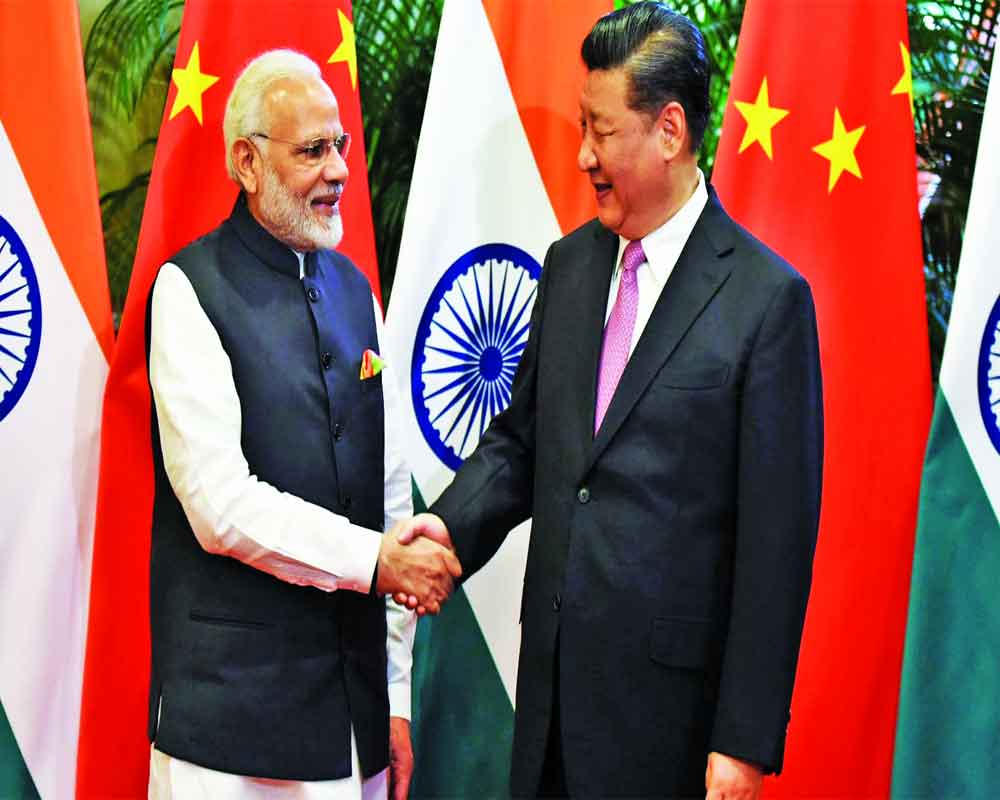 The indomitable neighbour in China is testing India’s diplomacy and prowess; but we are found wanting on both as it goes all out to extract its pound of flesh

India missed a good opportunity in nudging the disengagement and de-escalation process at the Samarkand summit last week after China had made a surprise concession of disengaging from Hot Springs three days before the summit. Although Prime Minister Modi avoided eye contact publicly with President Xi, they attended two round table sessions and were present together at two ceremonial photo ops and in one, standing next to each other. But neither leader made any effort for a public handshake or a pull-aside.

Why did China make the disengagement gesture 13 months after the last disengagement and two months after the last Corps Commander’s talks to coincide with the Samarkand summit? Probably to demonstrate that negotiations on disengagement are progressing smoothly. That there would be no disruption from India at the summit on the border row was also on the cards, allusions were not absent. Modi said to Putin: “today’s era is not an era of war” pointed to Xi also. Given that Modi and Xi had cultivated a close rapport after 18 meetings between 2014 and 2019 but none since the LAC brush, it was not unreasonable to expect the effusive and backslapping Modi to extend his hand to Xi during the photo op. (it was he who famously said in June 2020: “no one came inside, nor is anyone inside Indian territory”, to the delight of the Chinese) A day before his 72nd birthday, Modi could not have been seen shaking hands with Xi when the opposition has been gunning for him over losing land to China. But it would have been a risk worth taking. At least the ice could have been broken. Much has been written about the disengagement process since the tragic unarmed Galwan clash. The 1993 and 1996 border protocols and subsequent border agreements of 2005, 2006, and 2012 Border Defence Cooperation Agreements have been violated by China and PLA. The policy change was initiated when Xi, who had been vice president became President in 2013. The modus vivendi to border dispute and bilateral relations initiated in 1988 was torn to shreds in 2020 preceded by ominous indicators at Chumar, Depsang, and Doklam.

Comparing the multiple intrusions of 2020 with Sumdorong Chu in 1988 which took nine years to resolve is patently incorrect. It was a different era when India and China were co-equals economically and militarily.. At Sumdorong Chu, military commanders took bold initiatives in occupying heights dominating PLA intrusions at Wangdung unlike in East Ladakh where Indian forces were caught napping. Dispute resolution resulted in the mutual pullback, prompting then BJP opposition MP Jaswant Singh to remark: “why are we withdrawing from our own territory”.

China has managed to promulgate its 1959 Claim Line from Depsang to Demchok in serious adversity. It is instructive to analyse India’s current self-inflicted dilemma. Unlike in the central and eastern sectors, the LAC is better defined and more settled by the McMahon Line than in the west where the LAC is seriously contested. In the east, our forward posture was triggered off by the PLA intrusions in Sumdorong Chu where defences and posts are close to MacMahon Line. In the west, mainly Leh was defended with vast areas along the LAC unmanned and covered with dispersed ITBP and Army posts from where ITBP and Army patrolled up to the 65 patrolling points up to a line behind the LAC. The Chinese had their own perception of LAC that was never revealed.

In April 2020, in a surprise sweep, PLA easily occupied positions across Indian LAC corresponding to their 1959 Claim Line . The mammoth intelligence failure was compounded by political and operational lapses. After the disengagement from Hot Springs (PP 15) on 8 September which Foreign Minister S Jaishankar called “one problem less”, another buffer zone bereft of patrolling rights has been established on the Indian side of LAC. At Depsang, 18 km on the Indian side of LAC PLA has blocked access to five Patrolling Points and at Demchok to four Patrolling Points. Konchok Stanzin, the counselor for Chushul, said: “our troops have gone back from PP 15 and PP 16 which we had for 50 years, we lost winter grazing ground”. The Chinese have also effectively blocked two Indian offensive launch pads at Demchok and Daulat Beg Oldie-virtually transforming the area into 1000 sq km of DMZ.

On 9 May, COAS Gen Manoj Pande said: “We have to restore status quo ante April 2020”. Diplomacy has to be restored to the Xi-Modi level; their 19th meeting could be at the Bali G20 summit in November. Meanwhile, plans should be made to establish BOPs in Ladakh to prevent further salami slicing.