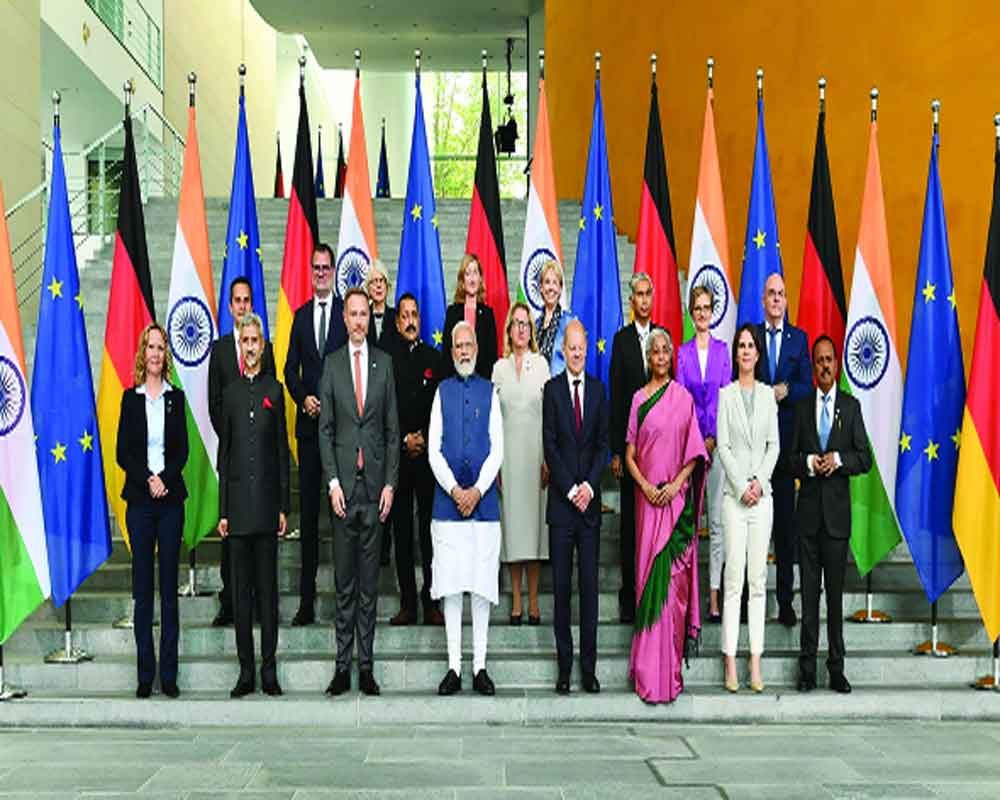 Post-Ukraine, Europe looks at the Indo-Pacific as new sphere of influence

Indian Prime Minister’s three-day European tour is a strategic tilt towards building closer ties with the once-ignored and yet extremely important ally. India and Europe have historically not had strategic partnerships in the past due to their respective domestic and geopolitical orientations. India has always viewed post-World War Europe from a UK or the cold-war frame of reference. It has in the last six decades worked with Russia to arrest Europe’s dominance. Meanwhile Europe too has largely ignored the strategic importance of India and placed bets on China as a stabilising factor in pan-Asian geopolitics. This doesn’t mean individual countries in Europe or power blocs haven’t had strong bilateral ties with India in the past few decades. This status quo has now been challenged by Russian aggression in Ukraine. It has forced Europe as a bloc to rethink its external engagements, find new allies and partners and look at the Indo-Pacific as new sphere of influence. Many countries in Europe must rewrite their energy budgets by reducing heavy dependence on Russia. Similarly, there is a sudden need to upgrade their defence machinery and not be dependent on the US-led NATO. It is against this backdrop that Prime Minister Narendra Modi’s meetings in Berlin, Copenhagen and Paris assume importance. Germany and India have had long standing bilateral relationship reflected institutionally in the high level Inter Governmental Consultations (IGC) mechanism. This dialogue is extended by Germany to its privileged allies and has involvement of the heads of state along with senior ministers to steer the relationship. India knows Germany’s preeminent role in steering European Union’s political, strategic and security framework. Also, India and Germany seem to be on the same side, as far as receiving criticism from global powers regarding their energy dependency on Russia is concerned. However, India buys only a fraction of its total fuel requirements from Russia, when compared to Germany. Meanwhile, the Ukraine crisis has forced Germany to commit to significantly reducing its energy dependency on Russia by year end. The visit by the prime minister also marked signing of agreements between the two nations on areas related to green energy, migration and environment.

The next stop at Copenhagen was meant for renewing the Nordic partnership. The Nordic nations comprising of Finland, Sweden, Iceland, Norway and Denmark comprise a relatively sparsely populated,yet wealthy group of nations in Europe. It is in 2018 that India held its first Nordic summit to align better with these powerful bunch of nations. India and the Nordic countries have huge areas of mutual cooperation untapped, all of which can be significantly important for each other’s prosperity. The Nordic nations are known for their expertise in clean energy, healthcare, and green technology. It is an ideal situation for India to scout for investments from these countries, as it builds on its zero-carbon economy and emerge as global leader in clean energy. It also helps India save billions by way of cutting down on ‘polluting fuel’ import bills. Meanwhile, for Nordic countries India represents a vastly untapped market growing faster than many of their neighbours. It is also a market which boasts of billions of new customers hungry for new innovative products and servicers at “the right price.” The last stop for the prime minster, Paris, was to reiterate the continued bilateral dialogue between India and France. France remains one India’s most vocal supporters in almost all multilateral and plurilateral platforms. It is also India’s close defence partner, having supplied strategic Rafael aircrafts to India. India would be looking at deepening the security partnership with France in the wake of changed geopolitical headwinds.