Defections: Take away the Speaker’s powers

Defections: Take away the Speaker’s powers 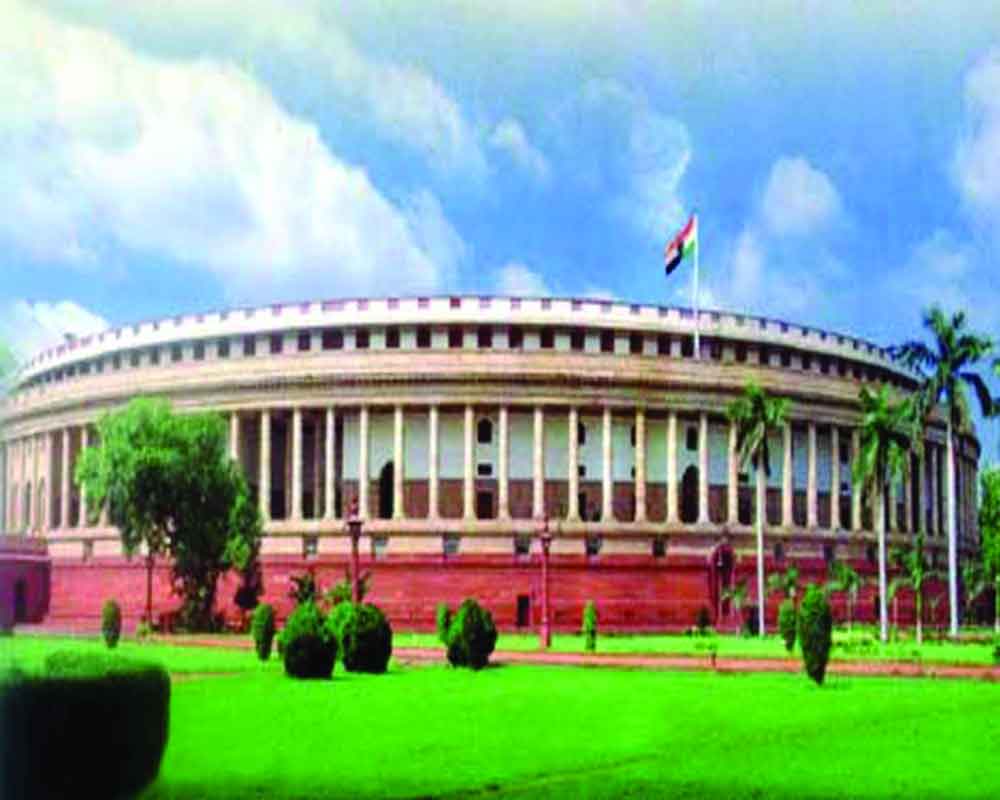 For the anti-defection law to be effective, the power to decide on disqualification cases must be vested in an independent authority

In a recent address at Bengaluru, Vice-President Venkaiah Naidu lamented that the anti-defection law had failed to check mass defections and suggested an amendment in the law to stop it. The lamentation and suggestion coming from someone who had been BJP president sounds bold, as several mass defections in the recent years have been engineered by the party. However, Naidu was speaking there not as a BJP man but as Vice-President and his observation does not apply to one party. And indeed, why blame the BJP alone? Given their time, all parties have trampled the anti-defection law under their feet.

The central flaw in the anti-defection law has been the assignment of total authority to the speaker to decide on the petition. All political parties have used the speaker as the weapon to defeat the law. In theory an MLA or MP, after being elected as speaker (presiding officer of the house), ceases to be partisan. In practice they remain partisan. They do the bidding of the top leadership of the party they belong to.

Any party leadership usually wants the speaker to sit over the disqualification petition till the term of the house is over. That helps the leadership kill the petition without looking like having done so, because the case is not carried on to a new house. The speaker adroitly follows the party leadership’s brief by giving long dates of hearing and stretching on issues of procedure and evidence.

Nobody can question the speaker. The petitioners and the aggrieved political party in opposition have to put up with his naked partiality. Even the judiciary cannot question the speaker, because the law does not allow it to interfere with the case prior to the making of the decision by the speaker. That has allowed the party leaderships to reward the defectors immediately with offices of power and help them enjoy it till the end of the term of the house.

The anti-defection law, referred to as the Tenth Schedule, was added to the Constitution through the Fifty Second (Amendment) Act, 1985. For 35 years since then the speakers colluded with their party leaderships to stretch the proceedings in disqualification cases to defeat the purposes of the law, without the fear of the judiciary intervening to set a time for their decision. However, it changed in early 2020 with Thounaojam Shyamkumar Singh’s case.

Thounaojam Shyamkumar Singh was elected as an MLA on a Congress ticket in Manipur in 2017. Immediately after his election he defected to the BJP and was rewarded by the party with a cabinet berth with several portfolios-town planning and forest and environment and horticulture and soil conservation. The Congress party filed a petition in the Manipur High Court seeking directions to the speaker Y. Khemchand to decide the disqualification plea “within a reasonable period of time”. On September 8, 2017, the High Court rejected the petition, saying it could not pass any order as the question of whether a High Court can direct a speaker to decide on a disqualification petition within a time frame is pending before a Supreme Court bench. On January 29, 2018, the appellant again moved the High Court, which concluded on July 23, 2019, that the speaker was a quasi-judicial authority who was required to take a decision within reasonable time - much less than five years, the prescribed term of the House-but it declined to pass an order.

The case reached the Supreme Court where a three-judge bench headed by Justice Nariman asked the speaker Y. Khemchand to decide the disqualification petitions within four weeks. This was the first time the court had set a time limit for a speaker’s decision. Khemchand did not pass his order in four weeks. He asked for ten more days, and when the ten days passed, he asked for another fifteen days, which the bench did not accept. The bench removed Thounaojam Shyamkumar Singh from the state cabinet and restrained him from entering the Legislative Assembly till further orders.

Article 212 of the Constitution bars the judiciary from interfering with the proceedings of the legislature. That was the article under which the speakers took protection to enjoy the licence and liberty to play the game their party leaders wanted them to. In the Thounaojam Shyamkumar Singh case, the court was forced by the speaker’s deliberate indecision and inaction on the disqualification petitions to invoke Article 142, which allows the Supreme Court to pass any order necessary for doing complete justice in any cause or matter.

A year or so later the Supreme Court intervened again to set a time limit for the speaker’s decision in the Goa case. In July 2019, ten Congress MLAs and two Maharashtrawadi Gomantak Party MLAs defected to the BJP and were rewarded with ministries and other offices of power. The speaker sat over the disqualification petitions against them for one and half years, until the Congress went to the Supreme Court, which asked the speaker to make his decision by April 20, 2021. The same year the Calcutta High Court set a time for the Speaker of the West Bengal Assembly to decide on the disqualification petition against Mukul Roy who, after being elected on a BJP ticket, had defected to the Trinamool Congress.

The conclusion is obvious. For the anti-defection law to be effective, an amendment has to be made to take away the power of the speaker to decide on disqualification cases. The power must

be vested in an independent authority. In the Thounaojam Shyamkumar Singh case the Supreme Court said, “Parliament may seriously consider amending the Constitution to substitute the Speaker of the Lok Sabha and Legislative Assemblies as arbiter of disputes concerning disqualification which arise under the Tenth Schedule with a permanent Tribunal headed by a retired Supreme Court Judge or a retired Chief Justice of a High Court, or some other outside independent mechanism, to ensure that such disputes are decided both swiftly and impartially, thus giving real teeth to the provisions contained in the Tenth Schedule, which are so vital in the proper functioning of our democracy.”

An independent authority that decides the case within a reasonable time limit alone can deter political parties and elected representatives from arriving at opportunistic pacts to twist and mangle the mandate of the people. The time limit should be three months, extendable by three more months only on reasonable grounds.

The law should also be amended to deny any defector an office of power during the term of the house. If the defectors would not get anything after they defect why would they defect?

Vice-President Venkaiah Naidu should advise his Government to move amendments in the law to make these changes in order to establish, what he said, the primacy of “character, conduct and caliber” in politics.

(The writer is an independent journalist and author. The views expressed are personal.)