Down, but not out

Down, but not out 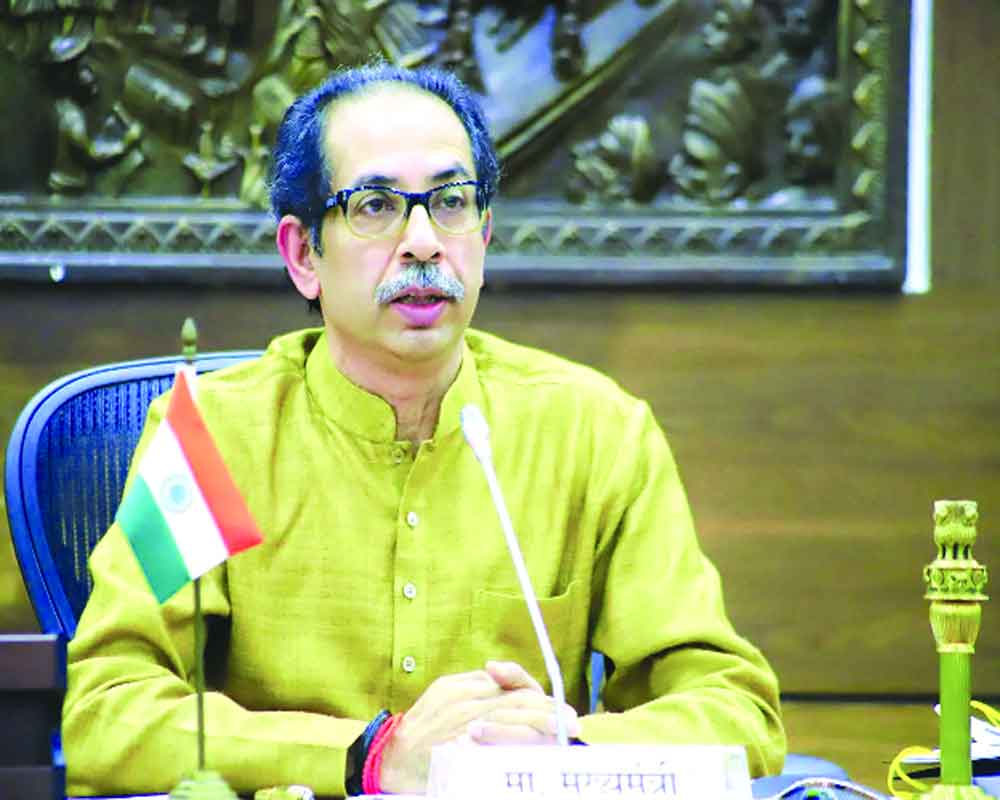 Maharashtra Chief Minister Uddhav Thackeray’s departure from his official residence ‘Varsha’ on Wednesday night to his family home ‘Matoshree’ may seem to be a decline, if not the end, of his family’s hold over the party that his father, Bal Thackeray, built. It was quite emotional, with a large number of Shiv Sainiks showing solidarity with him. As emotional as his (farewell?) speech:  “Will quit as Chief Minister and leave official residence if even one of the disgruntled MLAs says he doesn’t want me as Chief Minister.” His speech was on Facebook, as he has been infected with the Coronavirus. He made three main points that need to be highlighted. One, he presented himself as an atypical politician; he is not among those for whom power is to be grabbed at any cost: “I have kept letter of my resignation as Chief Minister ready, willing to resign this very moment.” Two, his party is still with him: “Getting calls from MLAs who have gone with Eknath Shinde; they are claiming that they were forcibly taken away.” And, finally, he has reiterated his adherence to Hindu nationalism: “Shiv Sena can’t be separated from Hindutva.” His followers and sympathisers will agree with him, but others may like to raise a few questions. The Shiv Sena fought and won the 2019 Assembly election in alliance with the Bharatiya Janata Party, with the BJP’s Devendra Fadnavis as the chief ministerial candidate. Then why did Shiv Sena ditch the BJP, the only other Hindutva force in the country, for the parties that are inherently anti-Hindutva?
Further, are Shiv Sena legislators calves and cubs that could be forcibly taken away to a State hundreds of miles away? And if that is the case, Thackeray cannot be absolved of the blame of having given tickets to so many weaklings, for he also happens to be the supreme leader of the party. One can still sympathise with a leader who has been abandoned by his followers, but his competence in running the party and Government leaves a lot to be desired. He obviously failed to gauge the intensity of resentment in his own party, as is evident from the fact that two out of three of his MLAs were with Shinde. The exodus continues. On Thursday morning, three more Sena MLAs — Deepak Kesakar, Mangesh Kudalkar and Sada Sarvankar — flew to Assam where the rebels are camping. So, is the party over for Uddhav, indeed for the Thackeray family? If that is the case, it may imply that a political party has been able to shrug off the shackles of the family that birthed it. It would, however, be premature to reach the conclusion that the Thackeray family’s political career has ended; it is down but it may not be out. Like Chirag Paswan, who lost control over the LJP but claims to be the inheritor of Ram Vilas Paswan’s legacy. Let’s wait and watch.