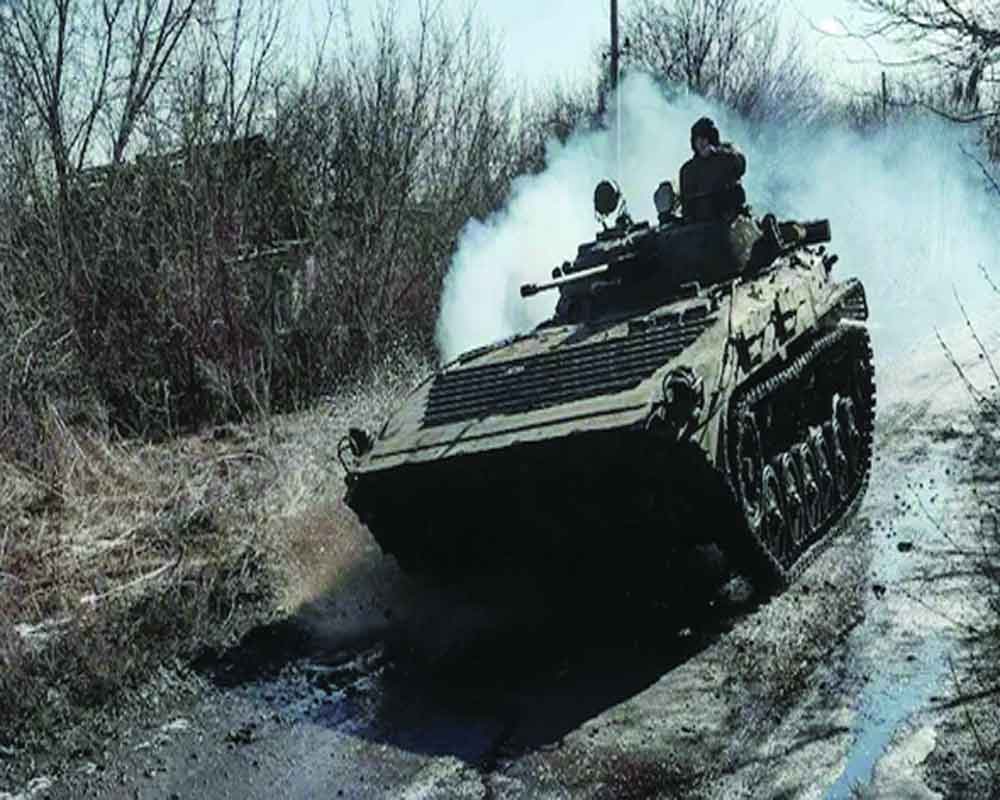 For the last three weeks, I have been traveling in former Czechoslovakia (the Czech Republic and Slovakia now) and areas south including Hungary and Serbia. What stands out is that except for Serbia which has maintained strong ties with Russia and China, other countries in Europe especially those from the former Soviet Bloc have become united in their wholesome support for Ukraine which has strengthened Nato and united European Union.

Scorching summer temperatures make climate change hazards inevitable. But for now, all eyes are on Ukraine as its flag and mostly women and children have found space in some of these anti-migrant countries. Take Praha (Prague) in the Czech Republic with a population of 1 mn. It has taken 400,000 Ukrainian refugees but none from Afghanistan and Syria. To its credit and unlike many other countries, it brought along 150 Afghans (and families) who were helping its military contingent there after Kabul was overpowered by the Taliban last year.

It is unspoken anti-Muslim and the reason why it is free of any form of terrorism. Entry for anyone with an Islamic name, even from friendly countries like India, is not easy. One of the grandest crown jewels of Europe it hosts more tourists than its residents. Public transport of high excellence is free for all including tourists above 60. Bratislava, the capital of Slovakia, is an hour by train from Vienna which runs to the minute.What is noticeable is Soviet/Russian influence in Hungary, Bulgaria, Poland, former Czechoslovakia, and other countries which were part of the Soviet Union and Warsaw Pact.  Their economies are not as developed as west Europe but the EU and the democratic spirit and values, they say, will certainly help their rise. Bulgaria is the poorest, struggling to weed out corruption and lethargy. Their Soviet connection makes them relevant and important for India's legacy Russian military equipment still in its inventory.

Russia has made India highly dependent on not just equipment and armaments but also spare parts, maintenance, and equipment upgrades. Although these countries are gradually converting from Russian to Nato standard equipment, they still have a high number of Russian weapons. They have taken hold of blueprints of Soviet equipment and continued to manufacture the ammunition and accessories that India is importing. Indian military delegations visit these countries to test and examine spares and maintenance equipment at the source for quality and reliability. Slowly we are weaning away from Russian equipment in favor of western, especially the US, Israeli and European armament.

Serbia was the heart and glue of former Yugoslavia. It is a very special country in this region. Under its dynamic leader Tito, it initiated and navigated the nonaligned movement along with India, Egypt, Indonesia, and others. It is the only country that balances its relations effectively with Russia and China alongside the EU. It has applied for EU membership but not Nato and probably will not join it though it cooperates with the Nato Advanced Office in Beograd. It retains its strategic autonomy. For the first time, China has supplied arms to a European country, Serbia - its latest air defense system. In many respects, Serbia and India play the same Swing Game with differing degrees of success.

Besides their preoccupation with COVID and climate change, the war in Ukraine dominates the mind-game, especially among former Soviet republics. On 24 February it was Ukraine. Will Czech be next? Or Hungary? People worry. The longevity of the war in Ukraine is a big uncertainty in Europe. Even if Putin decides to unilaterally end hostilities, Ukraine and its backers including the military-industrial complex are thriving may not. Ukraine has received more weapons than it has the personnel to employ them. Former Warsaw Pact countries have donated mostly their older Soviet weapons. Not all are supporters of Ukraine which has had problems with Poland, Hungary, and Bulgaria.

During his recent visits to Czech Republic and Slovakia S Jaishankar was unable to convince his listeners in Bratislava and Praha, why India had not voted against Russia over its invasion of Ukraine. People I met there said they had hoped that at least on one of the six times countries voted in the UN, India would vote at least once against Russia- at the UN Human Rights Council on humanitarian issues. They said while India has convinced itself of its choices, others are not convinced that it has followed the correct path. It appears India has not been able to make its case on Ukraine. "You are on the same side as China which has supported Russia. But you have serious challenges with it on your border" they comment. Europe has some 50 votes and these countries matter for their technologies and markets. India has to work harder to capture these assets in Europe and secure a favorable FTA.