End of a legacy with ‘Lilibet’

End of a legacy with ‘Lilibet’ 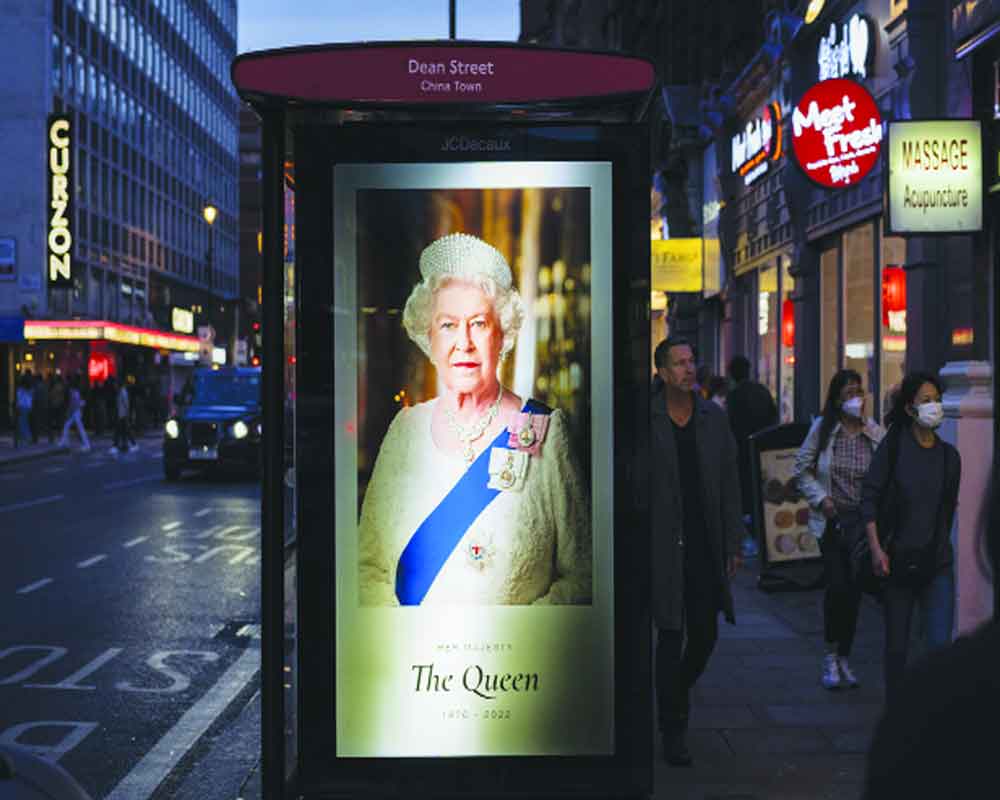 Her Majesty Queen Elizabeth II passed away at the age of 96. She spent her last days in Scotland, her summer palace known as Balmoral Castle. She has left behind a historical legacy full of hits and misses. She became Queen at the age of 27 in the year 1952 when the world had just come out of a devastating Second World War, the first ever atomic bombing over Japan, the Holocaust and the loss of the largest treasure of the British colonial empire i.e. India. She set the record of becoming the longest serving monarch of the UK by serving the nation for seven long decades.

Once the news of the death of the Queen spread, thousands thronged her official residence, the Buckingham Palace in London, and all other royal palaces around the country. Despite heavy downpour across the UK, the mourners came out in hordes simply to bid adieu to their dear monarch. And finally, all quietly sang: “God save the Queen.”

In keeping with the royal tradition, a written statement mentioning the death of the Queen was displayed on all the palace gates. The statement read: “The Queen died peacefully at Balmoral this afternoon. The King and the Queen Consort will remain at Balmoral this evening and will return to London tomorrow.”

This indicates that there was no specific illness mentioned in the royal statement of death.

The Queen probably could be the last ever female heir to the seat of the British sovereign for another century. Now the second Elizabethan era has gone. Though the British people never ever looked at the Queen for political leadership, they all identified her with “stability”. Despite all the ifs and buts, she remained steadfast and took the leadership to the world stage. She oversaw Britain from a war-weary European nation to a modern multicultural one, finally a sad divorce from the European Union, after a long partnership of 47 years.

The Queen was the head of the 56-member Commonwealth nations around the world. Her Commonwealth leadership though purely ceremonial spanned across all the five continents covering a population of almost 2.5 billion. Today, the Commonwealth is proud that during her tenure as the Head of the organisation, she travelled to almost all the nations of the bloc. Between 1971 and 2018, the Queen missed only one Head of Government Meeting. Her awesome sense of duty and responsibility as the head of the group was always reflected in her actions. She was both a generous host and a consummate diplomat. The last message she sent out for the Commonwealth described the nations as “a modern, vibrant and connected Commonwealth that combines a wealth of history, and tradition with great social, cultural and technological advances of our time. That the Commonwealth stands ever taller is a credit to all who have been involved.” This highlights how deeply she felt the bond between the nations and their incremental growth in the recent decades. The Commonwealth was formed initially as the British Commonwealth of nations through the Balfour Declaration at the historic 1926 Imperial Conference. But the group was formalised later only in the year 1931 by the UK through the Statute of Westminster. But the present shape of the Commonwealth was given under the London Declaration of 1949. And Queen Elizabeth took over the headship of this very historic organisation just after three years. She had the experience of the service of 15 British Prime Ministers and met 14 US Presidents during her long tenure as the monarch.

The reign of her son, King Charles III, has just begun. He will be handling a Britain far more politically polarised than what his mother had witnessed. Today, the Conservatives are widely separated from each other as it was seen during the last race for the post of the Prime Minister. And sadly, the Labour is on the decline, and Jeremy Corbyn has left no chance of hope for the party in the near future unless a new leader emerges. It is rightly said that King Charles has prepared for all his life for this day. He has pledged to serve the nation with the same “unswerving devotion”, as his mother did. He became King immediately after the death of his mother, but the Accession Council has to make the formal proclamation of the successor. He is already the King, according to the terms of the Act of Settlement 1701. The very purpose of the Accession Council is purely a ceremonial one and it announces the name of the new monarch. Generally such a proclamation is made within 24 hours of the death of the monarch. But this time it has taken a little more time. Again this occasion will have a historic break-as the new King has decided to televise the Accession Council ceremony.

The new monarch has paid his tribute to his “Darling Mama” and called her an inspiration. He also has vowed lifelong service to the people. He further said: “Queen Elizabeth was a life well lived; a promise with destiny kept and she is mourned most deeply in her passing. That promise of lifelong service I renew to you all today.”

Queen Elizabeth II remained a beacon of stability for the last 70 years. She will always be fondly remembered for her larger-than-life image and the role she played in public life. She was an extraordinary person who also lived an extraordinary life. To many of the people of the Commonwealth and those who know her closely, she truly lived the life of faith, service and a sense of duty. This was echoed in one of her historic speeches that she made in 1947 before she became the monarch. She said: “My whole life, whether it be long or short, will be devoted in service.”  The great British royalty survived and sustained with full might and dignity under her leadership.

Modern Britain indeed built its edifice on her statesmanship. While paying tribute to her, UK Prime Minister Liz Truss said, “Queen Elizabeth the second was the rock on which modern Britain was built. Our country has grown and flourished under her reign.”

It’s a clear indication that the current political leadership of the UK has rightly recognised the robust role played by the late Queen. The majestic Queen was fondly remembered as the “Little Lilibet” by her family as she could not pronounce her name “Elizabeth” properly during her childhood. Today we all miss both the hilarious Little Lilibet and Her Majesty Queen Elizabeth.

(Dr Makhan Saikia has taught political science and international relations for over a decade in institutions of national and international repute after specialisation in globalisation and governance from Tata Institute of Social Sciences, Mumbai. He is the chief editor of the Journal of Global Studies, an international  journal.)