Facing menace of terrorism together

Facing menace of terrorism together 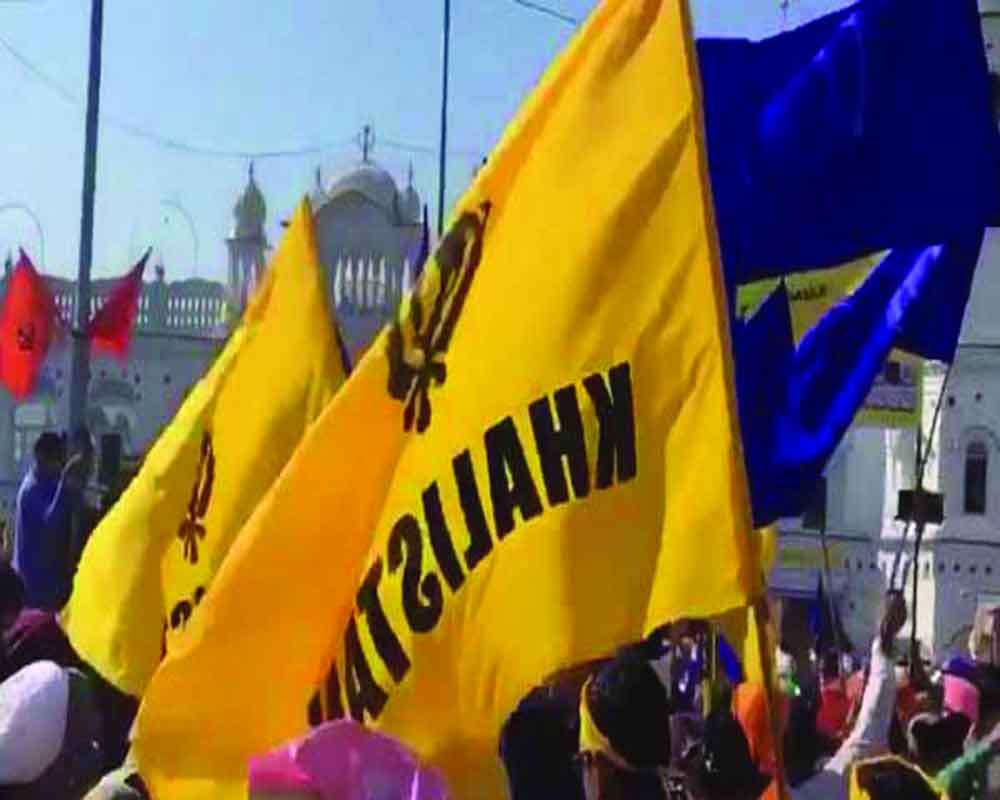 In the face of rising incidents of terror and other illegal activities meant to revive the dormant Khalistan movement, the Govts must act together

Even as experts dismiss the revival of the ‘Khalistan movement’ in the absence of popular public support, the recent spate of incidents of attacks and murders by the hardcore criminals and pro-militant elements spread across the northwestern States of Punjab, Jammu & Kashmir, Haryana and Himachal Pradesh has clearly indicated the presence of ‘sleeper cells’ and the active role of pro-Khalistani elements, obviously, with the support from vested interests within the country and those based overseas.

On April 29, a clash broke out between different groups of people in Patiala amid a confrontation surrounding the holding of a march against the backdrop of the announcement by banned outfit, Sikhs For Justice (SFJ), to mark the foundation day of ‘Khalistan’. SFJ is a proscribed outfit which with its strong virtual influence, is known for radicalising people, raking up bygone sentiments and reviving the movement for Khalistan. On May 8, a few ‘Khalistan’ flags were found hanging on the main gate and boundary walls of the Himachal Pradesh Legislative Assembly premises in Dharamsala. The following day, the Babbar Khalsa International (BKI), a terror organisation striving for a separate Sikh state, took responsibility for the act and warned the Himachal Pradesh Government to be ready for such incidents in future as well.

On May 9, the headquarters of the Punjab Police Intelligence wing headquarters in Mohali witnessed a rocket-propelled grenade (RPG) attack. A security alarm was sure to go off in the wake of these events, and more that followed. There is no denying the fact that the nexus of gangsters, anti-social elements, members of the Babbar Khalsa International and Pakistan’s Inter-Services Intelligence is behind all these attacks. On May 6, based on the inputs from Punjab Police, Haryana Police arrested four persons from Karnal and recovered from them three improvised explosive devices (IEDs) and one pistol. Coinciding with these incidents, Punjab Police arrested two persons and recovered another Improvised Explosive Device equipped with RDX from a village in Tarn Taran district.

The timely action by the police in both the States helped prevent the imminent attacks and the police claimed to have busted a Pakistan-based terror module run by Harvinder Simgh alias Rinda. The investigation revealed that explosives were supplied through drones from across the border, from Pakistan. Punjab has become a breeding ground of criminals and anti-social elements as 70 gangs with over 500 members are reported to be active in the State, with 300 of them lodged in various jails from where they are actively leading their gangs due to the laxity of the prison authorities. In view of the rampant use of social media by these criminals who glorify gun culture to lure recruits, the law-enforcement agencies face an uphill task of apprehending them before it’s too late. The gangs are organised and networked overseas with terrorist intentions to threaten and exhort money from businessmen based in Punjab.

Some experts feel that barring a handful of incidents, once in a while, there is no ‘Khalistani movement’ in India and abroad the way it existed in the 1980s. But the pertinent question is: Who is responsible for these recent attacks? Organisations like the Babbar Khalsa and Sikhs For Justice have often owned up the responsibility for these attacks. Punjab had witnessed a serious phase of militancy between the mid-1980s to early 1990s and the demand for Khalistan remained at the forefront. Undoubtedly, the movement has lost popular support but the recent sporadic incidents should be taken seriously as an apparent attempt to revive the movement by the use of fringe elements and vested interests. The chain of events indicates that ‘sleeper elements’ have always been active. It would not be correct to believe that the Khalistan movement is dead. There are people within the country and abroad who have vested interests in fuelling the fire of Khalistan and they rarely miss any opportunity to foment trouble in the border State. With the swearing-in of the Bhagwant Mann-led new Aam Aadmi Party Government in Punjab, which is not exposed to handling this kind of situation, the onus lies on the Central Government to provide all possible help, support and guidance to the State to deal with the unravelling

In the given situation, it is imperative to build consensus on ensuring peace and stability in Punjab by rising above politics and party lines and making a combined effort to fight the decisive forces bent on creating trouble and unrest in the sensitive border State of Punjab in particular and other adjoining States of Haryana, Jammu & Kashmir and Himachal Pradesh in general. All these States should form a Special Task Force to deal with the situation and the police forces of all the four States should work in close coordination to tackle the sensitive situation. The Central Government, which is also a major stakeholder in the country’s internal security, should provide these State players all possible help to ensure that the “blood -soaked era” of terrorism should not be repeated in Punjab.