Fair deal for EWS, thanks to the SC

Fair deal for EWS, thanks to the SC 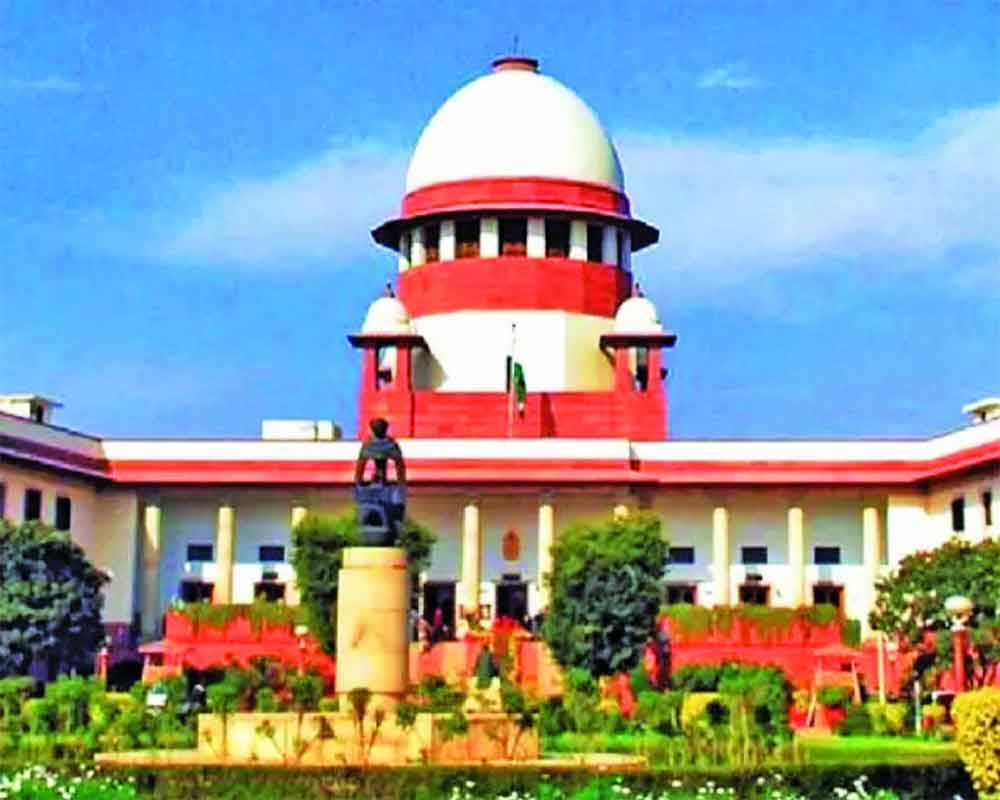 By allowing for reservations for the economically weaker sections, the apex court has done the right thing as it is morally correct and legally sound

The Supreme Court pronouncement that upholds the 103rd Amendment to the Constitution which allocates a 10 per cent reservation in educational institutions and employment for Economically Weaker Sections (EWS) of the non-reserved categories has provoked a storm of protest. Naysayers claim that the Amendment not only violates the concept of equality enshrined in the Constitution but it also uses a questionable criterion-indigency alone to justify reservation.

At the forefront of this opposition is the Dravida Munnetra Kazhagam (DMK), the ruling party in Tamil Nadu. The caste system, though established initially as a sophisticated system of division of labor became corrupted over the ages to represent a despicable instrument of discrimination. Significant sections of the population were rigidly restricted to hereditary menial jobs, excluded from education and denied upward social mobility. To set right this social injustice India implemented an extraordinary caste-based affirmative action program after Independence. No other country in the world can boast of an affirmative action plan that is so ambitious and so extensive.

Initially caste-based reservation was restricted to Scheduled Castes and Scheduled Tribes, who were allocated 15% and 7.5% reservations respectively in admission to educational institutions, government jobs and in the legislature.  In 1990, PM VP Singh acting on the Mandal Report extended reservations to include a 27% quota for other Backward Classes. The Central Government maintains a list of castes/communities deemed as OBC. Then In 2019 the Modi government introduced a 10% quota for the EWS among General Category candidates.

Opposing the SC verdict, DMK spokesperson Manuraj Shunmugasundaram writes (Indian Express. Nov 11, 2022): “Reservation is not a poverty alleviation mechanism…….. The Supreme Court has failed to recognize that the 103rd Constitutional Amendment has relied on economic criteria to extend reservations…… In Indra Sawhney vs Union (1992), it has been categorically held that in the determination of backwardness, economic condition can never be the sole criterion. .”

True, reservation is not a poverty alleviation scheme per se. But it would be naive to believe that economic penury was not pivotal to the decision to recommend reservation in both educational institutions and jobs for SC, ST and OBC groups. If representation alone was a consideration, quotas in legislatures alone would suffice without the need for reservations in education and employment.

Second it is difficult to comprehend how providing relief to EWS of the general category negatively impacts those who are already the recipients of the caste-based reservations especially when the existing quotas will remain untouched. Providing succor to another deprived section does not make an already privileged group under the existing reservation system less equal-it is the same faulty argument that was played up in the anti-CAA agitation.

As to using an economic indicator alone to determine backwardness, Justice PB Pardiwala (the majority opinion) clarified that in view of “longstanding development and the spread of education……. It is very much necessary to take into review the method of identification and the ways of determination of Backward Classes, and also, ascertain whether the criteria adopted or applied for the classification of Backward is relevant for today’s conditions,”.

So, while in the Indira Sawhney vs Union of India, the SC may have ruled against a purely economic benchmark -it is not etched in stone. Changing circumstances call for revised criteria We need to look beyond caste to identify and aid other disadvantaged sections to usher in a genuinely inclusive society

The opposition to the SC verdict is not entirely altruistic but one that is ideologically and politically motivated. Parties like the DMK which have gained mileage by caste confrontation even as they championed the cause of marginalized communities, wish to perpetuate the fault lines in our society and accentuate the caste distinctions so as to remain politically relevant. It is common knowledge that the DMK’s agenda of social advancement was inextricable entwined with a counter narrative of hate directed against certain communities. Derogatory terms like ‘Pappans’ to describe members of one community and the adage ‘when you see a Pappan and a snake-kill the Pappan first’ have become mainstream folklore in Tamil Nadu. The panacea for one type of discrimination is not another.

Caste-based reservations cannot be an open- ended proposition seen as an end in itself and extending into eternity for that would defeat its very purpose.

Justice P.B. Pardiwala, speaking for the majority opinion rightly averred “reservation is not an end but a means — a means to secure social and economic justice. Reservation should not be allowed to become a vested interest. Real solution, however, lies in eliminating the causes that have led to the social, educational and economic backwardness…”.

And Justice S. Ravindra Bhat (minority opinion) reminded us of Baba Saheb Ambedkar’s cautionary counsel that reservations should be seen as temporary and exceptional “or else they would eat up the rule of equality.”