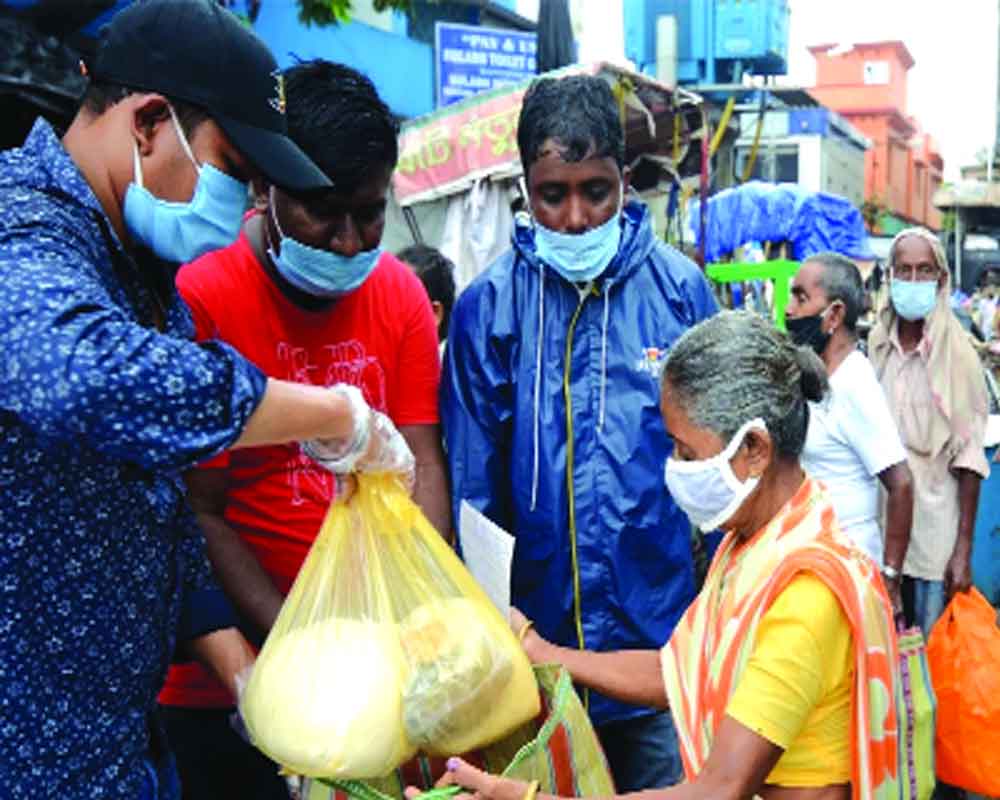 The Government should look at ways for pruning subsidy. Indeed, there is an unprecedented scope for it

The Union Government has extended the Pradhan Mantri Garib Kalyan Anna Yojana (PMGKAY) for a further period of six months till September 30, 2022. Having already spent over Rs 260,000 crore during the first five phases (the scheme has been in operation since April 2020, the fifth phase ended on March 31, 2022), it will need another Rs 80,000 crore during April - September, 2022.

Is the extension justified?

In March 2020, the Finance Minister Nirmala Sitharaman had announced the Scheme to mitigate the hardship suffered by people due to a major disruption in economic activity and resultant loss of jobs and income in the wake of Covid-19 pandemic. Under it, the Government would give five kg of rice or wheat per person per month for “free” to around 800 million people through the Public Distribution System (PDS) initially for a period of three months till June 30, 2020. It would also give for “free” one kg of pulses per household.

This was in addition to five kg of cereals per person per month that 800 million beneficiaries are already getting at a heavily-subsidised price of Rs 3 per kg rice, Rs 2 per kg wheat and Rs 1 per kg cereals through PDS under the National Food Security Act (NFSA).

On June 30, 2020, the Prime Minister, Narendra Modi announced extension of the scheme for five months till November 30, 2020 with a slight changeto provide one kg grams (instead of leaving the choice of pulse to the beneficiary) free to each family per month. In a third round, it was extended for four months till March 31, 2021. During 2021-22, the Scheme got two more extensions of six months each ending March 31, 2022.

During 2020-21, econmic activity had remained disrupted almost throughout the year (during the first two quarters, even as growth in gross domestic product or GDP was substantially ‘negative’ at 24.4 percent and 7.4 percent respectively, in the third/fourth quarters, the revival was marginal at 0.5 percent/1.6 percent) with GDP registering a ‘negative’ growth of 6.6 percent. As a result, withlarge-scale drying up of income sources, there was a valid justification for mitigation help that PMGKAY provided as basic food (albeit free).

During the first two quarters of 2021-22, even as the country was afflicted by a second devastating Covid wave leading to hospitalization and deaths on a much larger scale (especially during the April - June 2021), this didn’t come in the way of economic revival. In fact, GDP growth rates for the first and second quarters of 2021-22 were 20.3 percent and 8.5 percent respectively.The pace of recovery continued during the third and fourth quarters also despite the third wave. The year ended up with GDP growth of 8.9 percent.

Unambiguously, 2021-22 was an year of economic resurrection and opening up of work and income earning opportunities. Therefore, a case for continuing the mitigation assistance during the year was much weaker more so, during the second half.

During 2022-23, the economy has entered a phase of consolidation. Though, there are headwind from a turbulent geo-political situation especially Ukraine crisis which may lead to some moderation in growth from the high of 8.9 percent in the previous year, it is unlikely that this would trigger any significant job/income loss. Hence, extension of the Scheme during the current year is untenable.

Supply of free food comes at a heavy cost to the exchequer.The expenses under the Scheme- arrived at by multiplying the per unit cost of purchase from the farmers namely minimum support price (MSP) plus handling and distribution cost (HDC) by the quantity of food given to the beneficiaries -is estimated at Rs 340,000 crore for all the six phases put together.

By dispensing with the fifth and sixth phase, the Government could have saved Rs 150,000 crore.

While, subsidy given under PMGKAY is one time (triggered by extraordinary event such as Covid), a bigger worry is mammoth subsidy incurred by the Centre under NFSA on giving 5 kg of cereals per month to 800 million persons @ Rs 2/3/1 per kg for wheat/rice/coarse cereals which is more or less close to free. And, this subsidy [(MSP + HDC - 2/3/1)x quantity] is recurring.

This takes the aggregate for four years (2019-20 to 2022-23) close to Rs 10,00,000 croreor around Rs 250,000 crore annually. Merely relaxing fiscal deficit (FD) target year-after-yearto support the ballooningexpenses on food subsidy- besides escalating fertilizer subsidy (this is what the FM has done all these years) is not the way to go as this pushs the debt to unsustainable level.

The Government should look at ways for pruning subsidy. Indeed, there is unprecedented scope for it.

The present coverage is 820 million or nearly 2/3rds of the population: Fundamentally, subsidized food is meant for the poor and their number is much less. Even as per the Shanta Kumar committee (2015) recommendation, the

The committee also recommended that, sans poorest of the poor under ‘Antyodaya Anna Yojana’ (AAY), others should pay 50 percent of the MSP.  Their number works out to 320 million (820 million - 380 million -120 million being the number under AAY). They will be charged Rs 10 per kg of wheat (50 percent of its MSP), implying saving of Rs 8 per kg. Acting on this recommendation would yield annual saving of about Rs 15,000 crore (8x5x320x12).

The current issue price of Rs 2/3/1 per kg wheat/rice/coarse cereals was specified in the NFSA legislation. The law enacted in 2013 had frozen these rates for three years. Since, 2016 thus, there is no legal bar on increasing the price. An increase in price by Rs 1 per kg can yield savings of Rs 5000 crore per annum.

There is also scope for substantial savings by curbing pilferage. But that won’t be possible under the existing dispensation of giving food at subsidized price. Pilferage can be eliminated if only subsidy is credited to the account of the beneficiary throughdirect benefit transfer or DBT mode.

But our political brass doesn’t have the gumption to make even a small move on reforming the extant regime. This is because in every election, victory prospects have got intertwined with making ‘basic needs’ available at subsidized price or even free to a predominant share of the population.