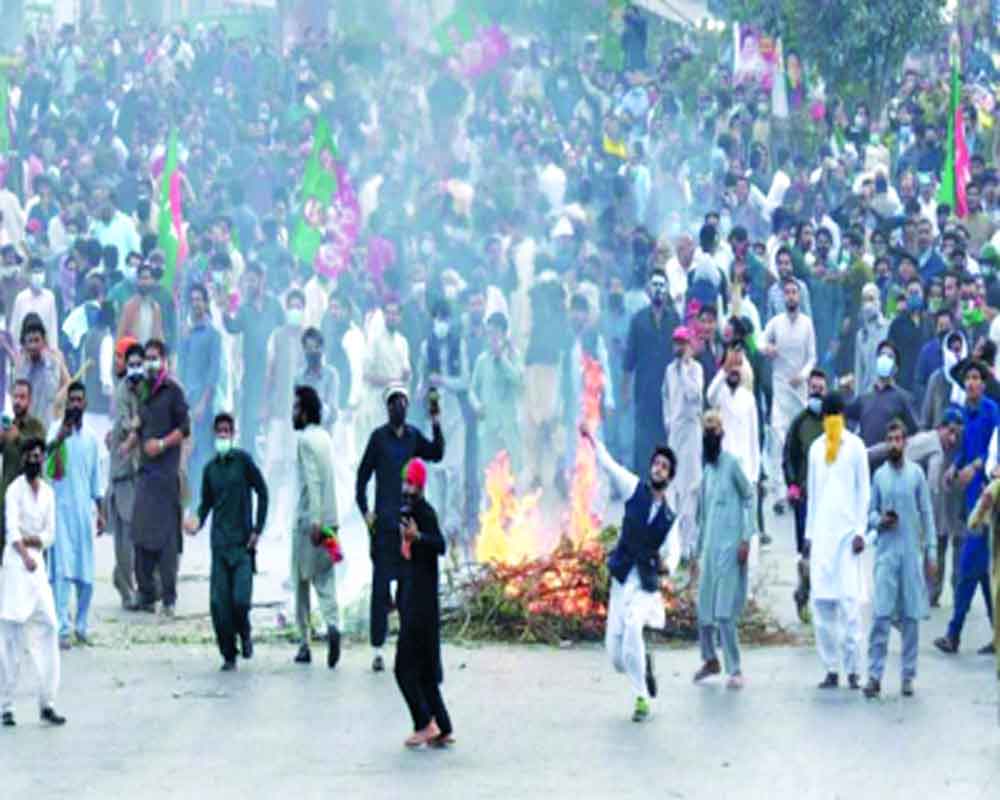 Pakitan is facing its worst existential crisis in years

This is not the best time for Pakistan. The chaos and confusion have set in like never before. Pakistan has always had issues with democracy and its internal politics swayed from democracy to dictatorships, but that very transition is getting murkier. It is no more about the governance of Pakistan, it is about Pakistan itself, its very survival. It would take a Herculean effort to pull it out from impending doom, politically, economically, and psychologically. As if the political bickering was not enough Tehreek-e-Insaf (PTI) Party chief Imran Khan was shot and wounded in a failed assassination attempt in Wazirabad, in Punjab province. The attack killed a Khan supporter and injured fourteen others, including several leaders of his Pakistan Tehreek-e-Insaf (PTI) party. Khan has taken full political mileage of the attempt and accuses Prime Minister Shehbaz Sharif, Interior Minister Rana Sanaullah, and a senior ISI official, Major General Faisal Naseer, of conspiring to kill him. However, it is not just an assassination bid that the people of Pakistan must be worried about. It is the return of murkier politics of bullet over ballot they must be pondering over. Imran khan could be right in blaming the ruling dispensation or way far off from the truth, either way, Pakistani politics has succumbed to a new low where a popular leader is not safe and unable to carry on with his march.

The attack could have been an attempt to dissuade Imran to go on with his march rather than eliminating him but the danger to democracy is still very clear. Imran had set out on a long march and had been getting good responses as well, and somebody somewhere was not comfortable with that. With the retirement of General Bajwa with no more extensions, even the Pakistan army looks disheveled and internal

squabbling is on to wield control and power.  Then there is the invisible foreign hand that Imran had accused of dislodging him from his office. Ever since he was ousted in a no-trust parliamentary vote in April, Khan has claimed that his opponents came to power because the US wanted him out. His dismissal though constitutional has more to it than meets the eye. An unstable Pakistan is of course in nobody’s interest, least of all India, its internal chaos may spill over if the ruling elite of Pakistan fail to reach a negotiated power-sharing formula and restore some semblance of democracy.