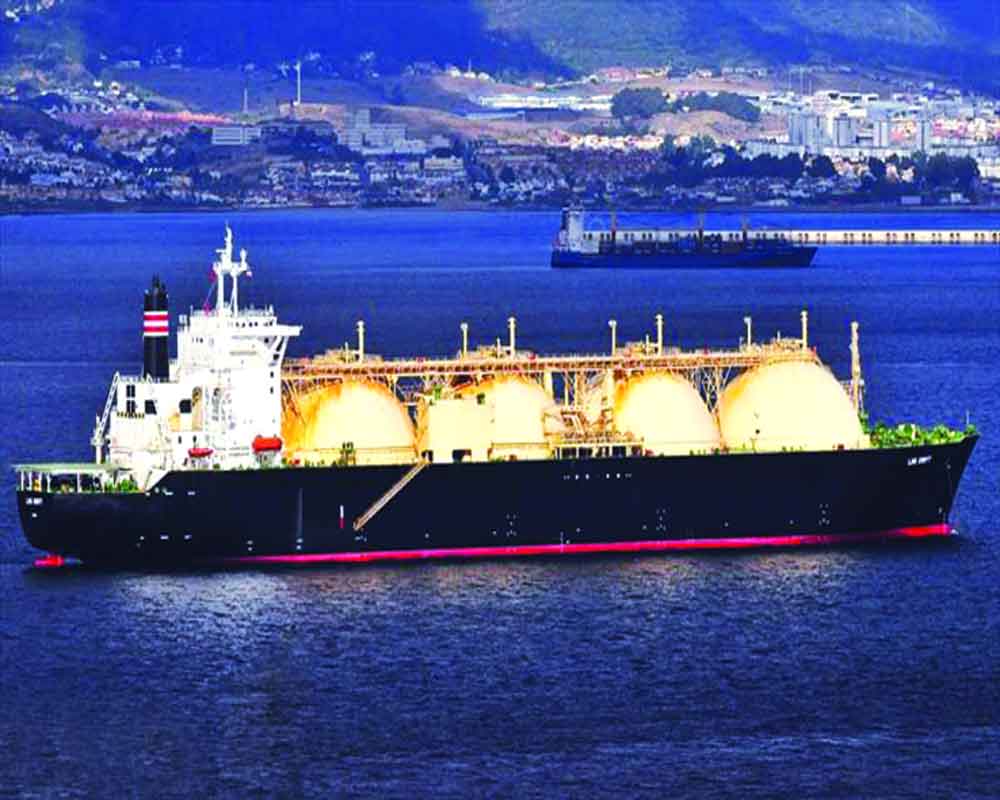 The Ukraine war has exposed the vulnerabilities in India’s gas supply systems. Our demand for natural gas (NG) is around 54.6 billion cubic meter (bcm) of which nearly 50 percent is met from import as liquefied natural gas or LNG.

Russia is the world’s second-largest producer of NG with a share of 10 percent. In total world export of gas, its contribution is even higher at 25 percent. Most of Russian gas goes to the European Union (EU) countries with the latter drawing 40 percent of their total NG supplies from the former. On the other hand, India’s gas supply sources are fairly diversified.

Most of the imported gas for India comes from countries of middle east viz. Qatar, Oman, UAE etc.Other important suppliers are USA, Australia and Russia.

Given the predominance of supplies under long-term contract which remain unaffected by short-term price volatility, prima facie one gets a sense that India won’t be impacted much. But, the disruption in supply from a dominant player(read: Russia)has led to global shortages and resultant steep increase in the international price. Already, the spot price of LNG has shot up to $50 per million British thermal unit (mBtu) up from $25 per mBtu late last year and a low of $9 per mBtu in April 2020.

The worst is yet to come as the EU has announced plans to cut its purchase from Russia by 2/3rd (or 100 billion cubic meter) and substitute it with LNG supplies from other sources by the end of this year. This works out to about 70 million tons of LNG or 18 percent of global LNG trade. For this much tonnage, EU will compete with Asian countries including India for supplies from middle east leading tofurther steep hike in spot price.

Even with a small share of 20 percent in the overall mix, this can make over all import very expensive. Taking term contract price as US$ 12 per mBtu and prevailing spot LNG at $50 per mBtu, the effective price will be $19.6 per mBtu (12x0.8 + 50x0.2). With the spot price expected to increase further (courtesy, EU effect), the effective cost could scale new heights.

Thus far, India has done little to boost its domestic NG production capabilities. It has 26 sedimentary basins (SBs) covering an area of 3.14 million square kilometres. Only six of these are under commercial exploitation but are sub-optimally utilized.

An overwhelming share of current throughput of 28.5bcm per annum comes from fields discovered over four decades ago, namely Bombay High and the South Bassein fields and so on, with no major discoveries in recent times.The only exception was the find in the Krishna Godavari (KG) basin in early 2000s. Even that turned out to be a damp squib with the high-profile KG-D6 operated by Reliance Industries Limited (RIL) ending up with just about 2 trillion cubic feet (Tcf)or 1/5th of the projected reserves of 10 TCF.

The slowdown has to do with theflaws invery policy initiatives which were intended to make India self-reliant:(i) the New Exploration and Licensing Policy (NELP) launched in 1999 allowed operators to fully recover the cost incurred in exploration and development of the field before they start sharing profits with GOI;

(ii) effective November 1, 2014, supplies from blocks or areas given to State-owned Oil and Natural Gas Corporation (ONGC) and Oil India Ltd (OIL) on ‘nomination’ basis and blocks given under NELP were given a price (call it normal price) based on a weighted average of the costs at four international locations - the UK, the US, Russia and Canada;

(iii)in March 2016, supplies from deep/ultra-deep and high-pressure/high-temperature (D/UD/HP/HT) fields were allowed a ‘premium’ price linked to the prices of alternate fuels, viz., fuel oil, naphtha and imported LNG which works out to almost double the ‘normal’ price;

(iv) under Open Acreage Licensing Policy (OALP) launched in July 2017, operators get to share a prescribed percentage of the revenue with GOI; they enjoy freedom of pricing and marketing;

(vi) pricing and marketing freedom on supplies from small and marginal fields transferred from ONGC/OIL to private firms.

The declared intent behind these initiatives was to drive E&P firms to produce more. But they were obsessed with boosting profits. Under NELP, assurance of full cost recovery upfront led them to indulge in ‘gold plating’ (euphemism for artificially inflating cost) to make unintended gain.

Likewise, while giving a premium price for D/UD/HP/HT fields, the government paid little attention to the possibility of garnering much more throughput and consequently higher revenuetherefrom even with normal price. On the other hand, if these produce less then, even higher price won’t help. As for OALP, revenue sharing under it stipulates that at higher level of throughput, the operator will have to give a higher percentage of revenue to the GOI. This discourages increasein production.

A preferential treatment to supplies from small and marginal fields by granting freedom of pricing and marketing - albeit under private operatorship -is anomalous.

In all thepolicy dispensations, there is excessive emphasis on securing a high price. The powers that be even ignored the cardinal principle that NG is a volume driven business meaning revenue and profits depend primarily on the quantum of throughput. The situation was compounded by delay in approvals (till last year, 37 approvals were required before a firm could kick off production). To reverse the decade long sluggish trend in production, there is an urgent need to unleash major reforms.

The plethora of ‘administered’ pricesdepending on field (deep or shallow), hydrocarbon type (NG or shale/CBM), ownership (private or public) and so on, brings in bureaucratic red tape. It prompts both suppliers and users of gas to lobby with the officials to secure a price most suitable to them. It distracts attention from what they should be doing i.e. optimizing production and use. The extant system should go; instead, firms should be free to decide their pricing and marketing strategies. The Government should limit its role to getting a share of the revenue from selling gas.

To ensure that domestic firms don’t take users for a ride and inject competition, it should deregulate gas import. The entities wanting to import or trade in domestic gas should have access to infrastructure for handling, transportation and distribution- held in a common pool - in a ‘transparent’ and ‘non-discriminatory’ manner.

These changes will create a ‘stable’ and ‘conducive’ policy environment for private companies including global energy giants to take long-term bet in Indian gas sector,increase domestic supply and reduce dependence on import.

The government shouldalso maintain a reserve of gas equal to a percentage of annual consumption (International Gas Union recommends 12 percent for countries whose import dependence is 30 percent) which can be used as bufferto meet demand at affordable price in crisis situation.